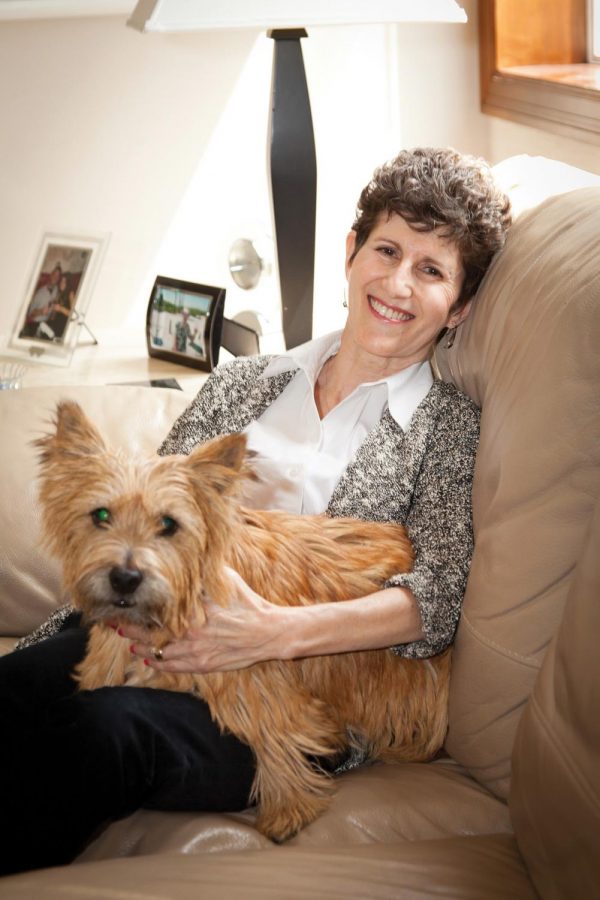 Some people are shy about sharing their age. If you ask Kathy Lebedun for hers, she’s not reticent about answering. Diagnosed at 39 with leukemia, she was not expected to live more than few years.

“I’m proud to be 61,” the Chesterfield resident said. “I celebrate every year of life. I never thought I’d be this age. I love having gray hair and wrinkles.”

Lebedun also loves helping others. She’s been giving her time to the Leukemia and Lymphoma Society for two decades as a “first connection” volunteer who interacts with a person who has just been diagnosed.

“I would talk with newly diagnosed patients, answer questions, offer emotional support and share my story,” she said. “That was very fulfilling, because I had been in their shoes at one point.”

In many ways, it was a job Lebedun was well qualified to do. Before her own diagnosis, she had been a medical social worker, a position in which she’d counseled patients.

Many people might find such a duty difficult, but Lebedun says she is honored and touched to have patients invite her on their journey, feelings she had during her pre-diagnosis social work as well. Her experiences with those she helped would later help her.

“While nobody can know how somebody else feels until they experience it for themselves, they brought me so closely into their lives that as an outsider, I knew as much as one could possibly know about what it was like to have cancer,” she said.

Lebedun served as chairwoman for the Ambassador Committee, a program in which volunteers take educational materials to the offices of oncologists. She’s also been active in fundraising activities such as the Light the Night Walk and the Missouri Winefest. In addition to writing a chapter in a book on leukemia, she also coordinated a conference on the subject, which attracted people from eight states. Lebedun also helps run an online resource about the disease.

And she works with the American Red Cross. Lebedun received 33 blood transfusions during her course of treatment.

“I am only here because of the wonderful donors who are my heroes,” Lebedun said. “So it was a natural progression for me to volunteer at a donor center and community blood drive so I could thank the donors personally for the gift of life.”

Lebedun’s good work isn’t limited to leukemia volunteerism. She also has given her time to United Hebrew Congregation, where she is a member.

“I was on the mitzvah committee, which meant that I made nursing home visits, shiva calls and new-baby visits,” she said. “That is the most rewarding to me.”

Lebedun also was on the founding board of directors for the Fleisher Jewish Healing Center, which held monthly services.

“It was for anybody that needs any kind of spiritual healing, anyone suffering any kind of loss, grieving over a divorce, a death, a job loss,” she said. “We had written services filled with prayers of healing and psalms. I made friends at the healing services that I wouldn’t have met otherwise who are still in my life.”

Lebedun said relationships have always been an important part of her life. She still retains friendships going all the way back to elementary school.

“I do like one-on-one volunteer work best because the connections are the most meaningful,” she said.

Lebedun isn’t in remission but her illness is stable. The Cincinnati native still recalls her diagnosis and being told she could hope for a decade of life but should prepare for less.

“My goal was to live until my daughter graduated high school,” she said. “She was only 9. Now, she’s 30 and getting married.”

In fact, Lebedun is taking a year away from her volunteer efforts just to help with the wedding.

She not only outlasted her doctors’ best predictions, she has begun to outlast their careers as well.

“I’ve had three oncologists. They are all retiring on me,” Lebedun said. “I’ve outlived all of their prognoses.”

“She truly is a survivor,” Kravitz said. “I’ve never seen her get down about her condition. She’s someone who actually ended up taking control of her illness.”

In fact, Kravitz knew Lebedun for a couple of years before she even mentioned that she had leukemia.

“She’s never let the illness define her, which some people do,” Kravitz said. “She makes the most of each day, and I think because of that she has a lot of friends. She’s someone who is a very giving person.”

With all that she does, Lebedun said, no one thing stands out as the most important. All of her volunteer work has a place in her life.

“I would say it was all meaningful,” she said. “Everything touched my heart. Everything I chose because it was a passion of mine.”

Quote: “My goal was to live until my daughter graduated high school. She was only 9. Now, she’s 30 and getting married.”