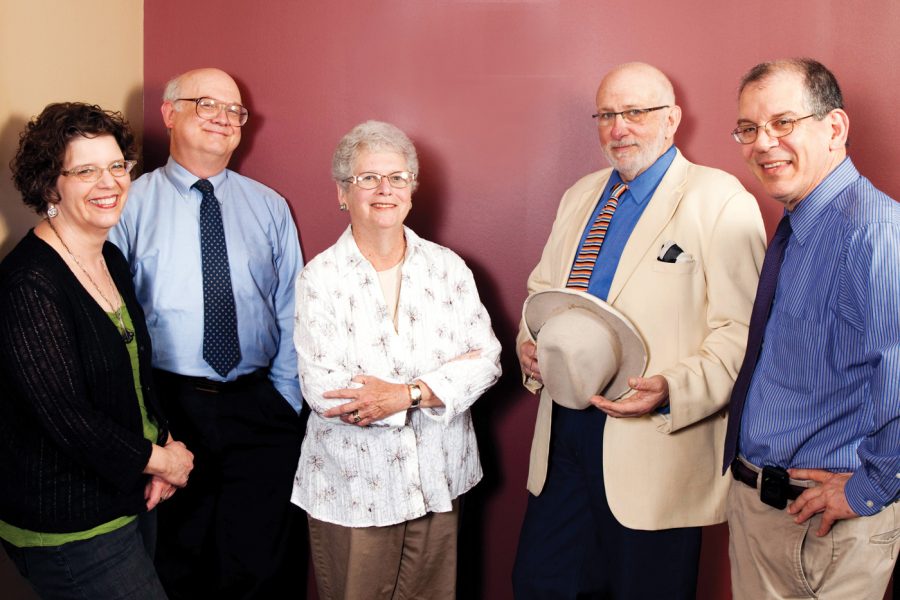 BY SUSAN FADEM, Special to the Jewish Light

The myth is that every Jew excels and succeeds. The reality is that those who fail, by conventional standards, are sometimes forgotten. A Jewish prisoner — a seeming contradiction in terms to many — wrote a letter several years ago to the Jewish Federation here. Incarcerated Jews in Missouri receive little attention from the Jewish community, he said.

Concerned, Federation shared the letter with the St. Louis Jewish Light. The Light subsequently ran two stories, one on Jewish prisoners and their families and a second on addiction, often a contributing factor when crimes are committed. Margie Kessler read — and could not forget — those stories.

“They just sort of shocked me,” she says.

Accustomed to working with indigent individuals and delinquent children during her career as a caseworker in Pennsylvania, Kessler had relocated here to be closer to her parents, St. Louisans Nat and Sara Kessler, and to live, for the first time, amid other relatives.

At Congregation B’nai Amoona, where Margie Kessler joined, she is a member of the synagogue’s Social Action Committee, chaired by another Unsung Hero, Phyllis Cantor. With Cantor’s encouragement, Kessler learned about Jewish Prisoner Services International, which provides religious services and materials to Jews in prison and to their families worldwide.

B’nai Amoona forwarded books, yarmulkes and tallits to the organization. Still, Kessler was not satisfied. “Sending things was nice but not really what I had in mind,” she says. As Rabbi Neal Rose, then living in St. Louis, reminded her: “You’ve got to pull in the people from the margins.”

With Cantor’s help, Kessler contacted St. Louisan Marsha Koski. Anonymously at that time, Koski had been interviewed for the Light’s story on the plight of families of Jewish inmates. Of her instant friendship with Kessler, Koski recalls: “We clicked. She was so interested and so concerned.”

Kessler next reached out to Steve Sorkin, administrative director of St. Louis Rabbinical Association. He, too, believed in serving what he calls “people in the shadows.” The rabbis concurred.

As executive director of Jewish Family & Children’s Service here, Lou Albert was approached. When released, Jewish prisoners could be offered all JF&CS services, he said, from financial assistance to a food pantry, counseling program and connections to job and housing resources.

Rabbi Jim Goodman, of Congregation Neve Shalom, was likewise sought out. Not only did he have a history of caring about underserved populations, but as a result of “a guy with a deep Jewish background” who contacted him from a prison in Jefferson City, they began corresponding.

The rabbi visited him. “We became friends,” he said. Other inmates joined the dialogue, often lining up in the cafeteria to await their turns.

Isolation and alienation were among topics they vowed to address. Over the years, outreach has evolved to include Jewish holiday mailings and Jewish calendars for Jewish prisoners in Missouri; Jewish study guides; a family and friends support group that meets about every two months at Jewish Federation; emotional and spiritual support through Rabbi Goodman’s weekly Shalvah, or recovery, group at Neve Shalom; mentoring, plus housing and job advice, for released inmates; and prison visits during which Rabbi Goodman, who sings at JPO fundraising concerts, conducts Jewish study groups.

However, acknowledging that Judaism has lagged behind other denominations in reaching out to Jewish prisoners and their families was one thing. Calculating how many Jews are incarcerated was another.

In Missouri, prisoners can self-identify as members of any religion. Whether they were born into the faith or formally converted is not the issue. Also, some inmates withhold religious information.

According to the Missouri Department of Corrections, the state had 30,480 prisoners in February 2011. How many are Jewish is open to debate.

Of the approximately 50 inmates Rabbi Goodman sees monthly in study groups, primarily at three Missouri prisons, he estimates that “maybe 20 percent,” or 10, are Jewish.

Small numbers, however, do not seem to reduce earnestness. During one six-week interval, all 15 men in one of his groups taught themselves to read aloud a Hebrew prayer, which they began to translate. “I was like paralyzed,” the rabbi says. When he asked how they did it, they replied: “We are hungry and we have time.”

The rabbi’s prison study groups usually meet for two to three hours. “Hardly ever does anybody leave the table. They don’t even go to the bathroom. We don’t break. It’s that kind of intensity,” he says.

Rather than over-worry precise numbers of prisoners, JPO members — with ongoing encouragement from Rabbi Carnie Rose, of B’nai Amoona — put their faith in such Talmudic reminders as “all of Israel are responsible one for each other.”

JPO’s Kessler felt affirmed while driving home the Jewish mother of an inmate, after a support group meeting. “Thank you,” the woman said. “I thought I was alone in my tsuris,” or difficulties.

Koski, whose daughter has spent the past 10 years in and out of prison, has found her own resolution: being there for her daughter and for others, too.