In career and volunteer life, helping to make a difference for families, community 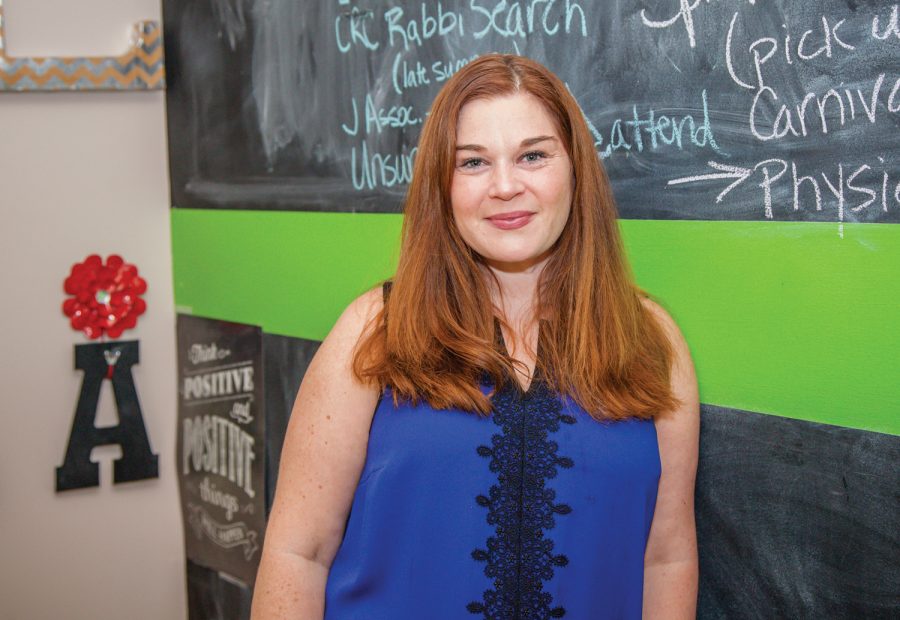 Suzanne Epstein-Lang only recently started putting her name on her work. Epstein-Lang & Ohler is a law firm that helps families deal with legal, emotional and financial challenges related to a loved one struggling with addiction.

But before opening the firm in March, much of her work was nameless, according to friends.

At Central Reform Congregation, where Epstein-Lang belongs, she helped stage a bar mitzvah party for a child whose family did not have the means to pay for a celebration.

There are other things, too. She used to go door-to-door, rallying support for PROMO, a Missouri organization that advocates for LGBT rights.

She is a member of parent-teacher organizations in the Ladue School District and organizes the annual Giving Assembly featuring fourth grade students at Old Bonhomme Elementary School who collect and deliver household items to the nonprofit organizations Trinity Food Pantry, Crisis Nursery and Kids Smart.

The list of nonprofits she has been active with recently in the Jewish and the general community is daunting.

“I get involved in things because I can’t help myself,” said Epstein-Lang, 40, who has both a law degree and a master’s degree in social work.

“I am a big busybody and just insert myself to make events more beautiful — or more complicated,” she said, laughing.

But the crux of it is that, according to friends and colleagues, she puts the same dedicated effort into all of her endeavors — whether they are in the courtroom or the classroom, professional or volunteer.

“If you put her name on a committee, she is not going to just show up at the event,” said Marissa Rosen, who has worked and volunteered for a number of local nonprofits, including NCJW. “She is going to take your idea and help you amplify it and make it look amazing and bring 10 friends and also show up at the event.”

Epstein-Lang, who is married to an attorney she met at  the Washington University School of Law, started off her legal career working for Missouri Court Appointed Special Advocates (CASA), an organization that helps abused or neglected children get to permanent stable situations through the courts. After having two daughters, she spent more time working in the home but still worked in a family drug court program. She represented the children and often faced Tara Ohler, who was the court-appointed attorney for the mothers of children.

“It’s an interesting relationship in that we were opponents in the courtroom but friends outside of it, and the friendship and mutual interest and guiding principles ended up putting us on the path to partnership,” Ohler said. That relationship and an awareness that Missouri is in the midst of an opiate-addiction epidemic led to Epstein-Lang & Ohler.

“In the courtroom, she is determined and very good at what she does,” said Ohler. “She makes sure that she puts on the best representation for her clients.”

Epstein-Lang said working in the drug court system made her see how often children were neglected because of parents’ drug or alcohol abuse.

With her private practice, she said, the two attorneys are trying to “take the knowledge that we learned in the drug court to the general population.”

Epstein-Lang still splits her time between volunteer and paid work. The common goal seems to be helping children. Her two daughters, Naomi and Annabelle, have inherited the same giving instinct and also volunteer at places like the Covenant House, the senior living facility.

“She is a lawyer by day fighting for the rights of children,” wrote Nancy Weigley, executive director of CRC.  “And, every other free moment of her life she is adding flair to numerous special events around town… Martha Stewart has steep competition.”

Occupation: Attorney in firm helping “families impacted by an addicted loved one.”

Fun Fact: She once spent a summer in Kathmandu writing reports for the United Nations and washing two outfits in a washtub.