For this lawyer, giving back is a privilege 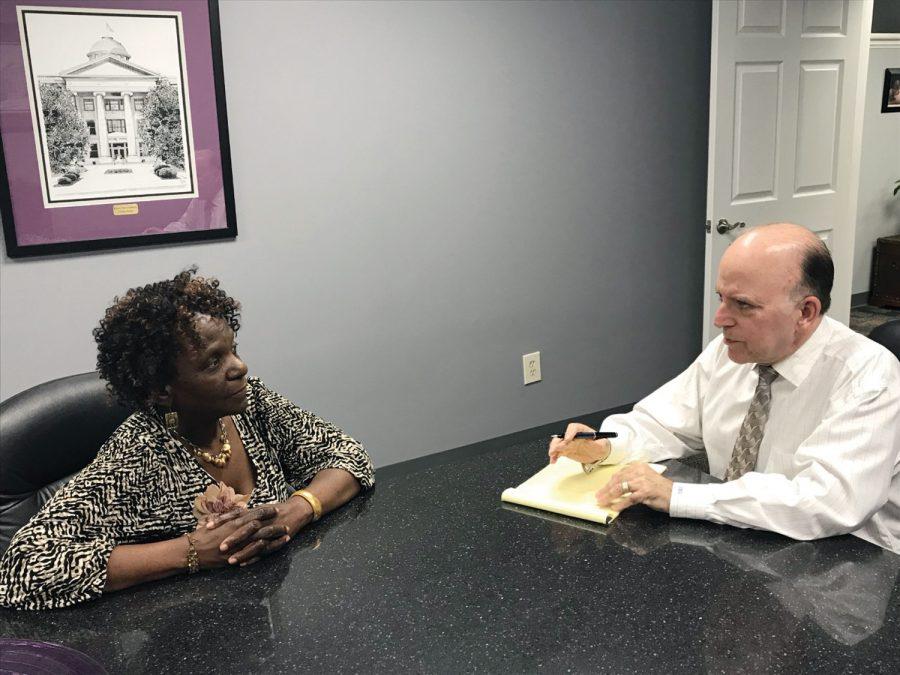 BY DAVID BAUGHER, SPECIAL TO THE JEWISH LIGHT

Jay Umansky can still recall an elderly Russian army veteran he helped many years ago. The man was in his late 80s and spoke little English but needed a divorce from a younger woman he’d married who apparently just used him to obtain American residency.

“Just knowing that somebody was available to help him was a comfort to him,” said Umansky, 63. “To this day, we are still close with his children, his grandchildren and even his great-grandchildren. That is one of the warmest memories.”

Umansky has had the chance to build a great many memories, helping at least 7,500 seniors via the Gateway Older Adult Legal Services Project (GOALS). Formerly a part of the St. Louis branch of the American Jewish Congress, it now operates under the auspices of the Midwest Jewish Congress (MJC), a new organization unaffiliated with the old AJCongress.

Umansky, a debt collections lawyer who runs his own West County firm, first became involved in GOALS nearly four decades ago. The Nusach Hari B’nai Zion congregant said many simple legal issues can become a nightmare for older residents who may not have the resources or financial ability to obtain proper representation.

“The issues facing the elderly can be seen as insurmountable to them, and often they don’t have the kind of support to get go-to services, places, people to provide them with answers,” he said.

That’s where GOALS comes in. Sometimes, as with Umansky’s Russian client, part of the benefit for the recipient comes from the peace of mind of simply knowing that help is there and that a lawyer is looking out for them.

“Many of the issues that they thought were major legal concerns could be handled simply with a phone call, but the people were so pleased that someone outside their own insular community was taking the time to be concerned,” he said.

Umansky first began his work with the American Jewish Congress in the late 1970s after a friend suggested he become involved in the St. Louis Jewish community.

“Quite honestly, living near Webster Groves, attending St. Louis University and not being from St. Louis, my response to her was, ‘I didn’t know there were any Jewish people in St. Louis,’ ” joked Umansky, who is originally from New York.

However, Umansky discovered that the AJC mission and culture appealed to him and, in addition to serving as local region president, he became active at the group’s national level as well.

“It was a grass-roots organization where the people involved were enormously devoted to the cause of repairing the world,” he said. “The people and the structure of the organization was such that they could get involved and actually do things rather than just meeting or providing monies. These were people that got down to the ground, got their hands dirty and got involved.”

Unfortunately, financial troubles for the national organization led to the end of its local chapter in 2013. Umansky helped found a successor group – the MJC – and served as its first president.

Lenny Frankel, an MJC board member, called Umansky a savior for those who benefited from the old AJC programs.

“I think without his efforts, there probably wouldn’t be a Midwest Jewish Congress in St. Louis,” he said. “He has leadership qualities. People respect him. He’s down-to-earth. He’s very sincere. He expresses real compassion for those who are less fortunate, and cares about people. That comes through very strongly.”

Umansky sees that as a core part of his responsibilities.

He’s also had a chance to help other groups. He’s been a vice president at his synagogue and a member of the Jewish Community Relations Council. Other organizations that have benefited from his help include the Jewish Student Union, the St. Louis Kollel, AISH HaTorah, the American Israel Public Affairs Committee and the St. Louis Jewish Light.

“I am fortunate that I’ve gotten to the point in my life where I can provide, in a small way, some financial support to these organizations that I recognize do good things,” he said. “It is certainly my pleasure to be able to provide that support.”

Andrew Babitz, a young associate at Umansky’s firm since 2014, has known this Unsung Hero his entire life.

“I think honestly what drives Mr. Umansky’s personality is the desire to do good for all people, for his community, for his family, for his employees, for his clients,” Babitz said. “He never makes a decision without those people in mind and how that decision might benefit those people.”

And the time commitment can be substantial, Babitz said.

“For somebody who has three kids and eight grandkids, a thriving law practice, this is somebody who rarely says no,” Babitz said. “In fact, he would probably say he has a problem saying no because he wants to give his time and do good for everyone involved.”

Family: He and his wife, Peggy, have three children and eight grandchildren

Fun Fact: If he weren’t practicing law, Umansky would have wanted to be a photographer.