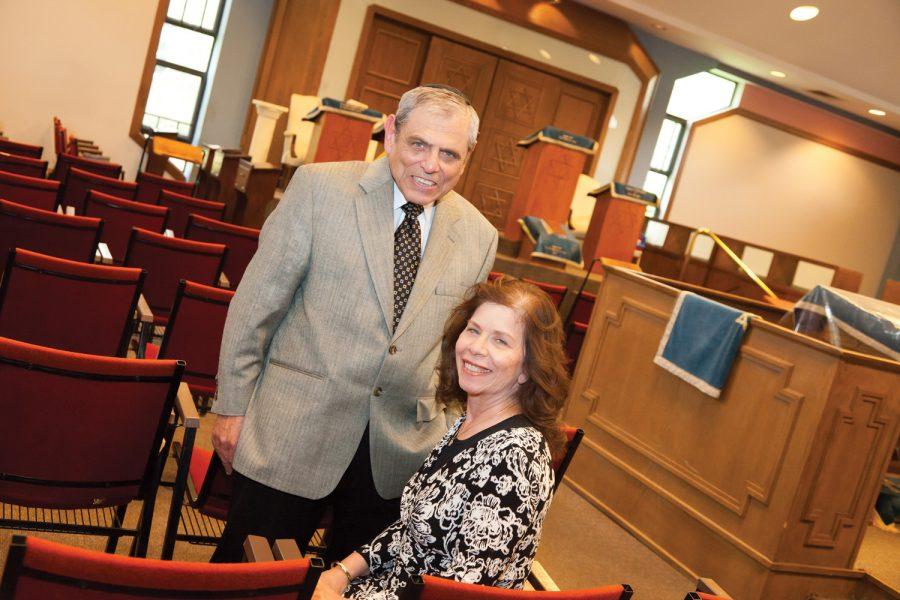 Many people are inspired by talks from their rabbi, but it shouldn’t be surprising that Dr. Robert “Bob” and Judy Hellman were moved by the Passover sermon from a visiting spiritual leader at Young Israel.

After all, the visiting rabbi was their son, Rabbi David Hellman. The sermon inspired Bob and Judy to create a chesed project that could benefit the entire community.

That was eight years ago. Today, countless people have been affected by that decision without even knowing it. That’s because the Jewish Community Blood Drive the Hellmans started has collected about 500 units of blood for the American Red Cross and become one of the most successful such efforts at any area house of worship.

For Bob, 67, the impulse to help in this way would seem a natural one. As an anesthesiologist, he’s well aware of the dearth of donated blood that isn’t just necessary for trauma victims but also many others, including those in chemotherapy treatments.

“We can’t emphasize enough the need, the shortage of blood,” he said. “Everyone, male or female, young or old, can participate and help someone in their fight against cancer or as a surgical patient. There are artificial hips, artificial heart valves but the only place a person can receive blood is from another human.”

“What has been encouraging to Bob and me is that each year, we have a very high number of first-time donors,” she said. “We hope that in the future they will continue to give.”

If they do, that won’t be an accident. The Hellmans have worked hard to promote the effort, especially among young people.

“We have also gone into all of the Jewish day schools and given programs for the students so they learn young the importance of blood donation and hopefully will encourage their parents to participate,” she said.

The effort was a success from the start. A huge response to the first year prompted the Jewish Social Action Network to endorse it.

“Numberwise, we’re pretty consistent,” Judy said. “We would like this to get out to the entire community that this is a win-win situation, giving blood where the entire St. Louis community can benefit from it.”

Often, the effort has been promoted through listservs and bulletin boards, but other ways of publicizing the drive have helped as well.

“We even get people who see the banner in front of the synagogue,” Judy said. “People walk in off the street because we try to publicize it as much as possible.”

The University City couple have also found a way to help out the Harvey Kornblum Jewish Food Pantry by collecting edibles during the drive.

“Even if people are unable to donate because of an illness, they can still participate by bringing food for the drive,” Robert said.

Alhough there are age restrictionson who can give blood, many younger teens do their part by volunteering to help coordinate the drive, Judy said.

The Hellmans say the drive brings in more than 70 units annually.

“When people ask us what our goal is every year, as far as Bob and myself, the sky is the limit,” Judy said. “We have no goal. We want more and more, when we think about how many people can benefit. People have to stop and think, ‘Look what you are doing for another human being.’ ”

Bob said it is a truly special form of charity.

“What’s also nice about the blood drive is that it is an anonymous donation,” he said. “The person that’s giving the blood does not know who is receiving it, and the recipient doesn’t know (who donated it).”

Adinah Raskas, who nominated the Hellmans for the award, is Judy’s sister-in-law. Because Bob is a doctor, helping people come naturally to the Hellmans, Raskas said. In addition, Judy and her brother Heschel Raskas (Adinah’s husband) grew up in a household where Jewish values were a way of life.

“They never took it for granted. You were born to help the Jewish community,” Raskas said.  “That was part of your upbringing.”

If there is a moral to the Hellmans’ story, it is one of dedication, Judy said.

“Go with something,” she said. “If you feel in your gut and your heart that this is something that means something to you, just go with it.”

No matter what you choose to do, perseverance helps as well, the Hellmans said.

“Stick with it,” Bob said. “It can grow and, over the years, you really feel that you’ve accomplished something in helping so many people.”

Quote: “If you feel in your gut and your heart that this is something that means something to you, just go with it.”  — Judy Hellman