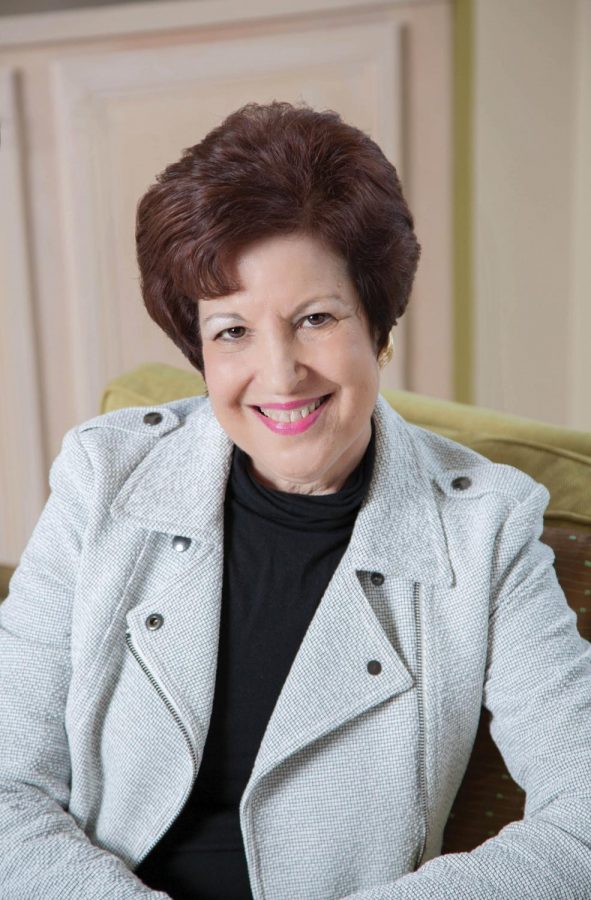 As we all remember from grade school, good penmanship is always a virtue.

For Betsy Mehlman, it is a quality that also leads to good volunteerism.

“With the tribute cards, I saw the writing and I just loved the printing so I just got into it,” said Mehlman. “They’ll do it online but they have found over the years that the handwritten one means so much to people.”

It means a lot to Mehlman, too. That’s why she makes sure to set aside time to come into the local National Council of Jewish Women office to make out the tribute cards which are sent to individuals in recognition of donations given in the recipient’s honor.

“I could create my own schedule. I’d go there for maybe half a day,” she said. “They even had a little desk for me which was so nice and which I loved. Then I’d come back the next day and do it again.”

According to Ellen Alper, executive director of NCJW’s St. Louis Section, her unofficial title of chief tribute writer has really been a help to the organization.

“By volunteering to do this kind of work, she saves the organization dollars and performs a much needed service,” Alper said. “She always comes ready to work, with a smile on her face and sometimes with a story to share.”

Lisa Gjerswald, office manager for the group, said that Mehlman does indeed take a lot of work off the back of paid staff and her pleasant personality is always good to have around.

“She’s willing to volunteer and do anything that you ask of her,” said Gjerswald. “She saves me in a lot of situations because if we get a lot of [tributes] in, I’m very thankful for her assistance.”

The cards may be one of the Mehlman’s favorite ways to give back to the community but it is far from her only one. The longtime educator has an extensive record of involvement with NCJW, assisting with mailings and doing office work. Moreover, she works with the NCJW Kids’ Community Closet committee, an outgrowth of the Back to School! Store, a clothing project which Mehlman finds especially rewarding.

“I love it so much because you can see at the beginning there’s no clothes at all and by the end the whole room is set up like you can’t even imagine,” said Mehlman. “It’s a good feeling to give back and with our economy the way it is, I think it is very special.”

Mehlman said she originally became involved with NCJW just to meet other Jewish women but soon found herself exploring one of her passions with the group by volunteering to do storytelling for inmates at an area juvenile detention center.

“Then I chaired the program and I recruited volunteers to go do the same thing,” she recalled.

Mehlman quickly discovered that her knack for weaving a good tale was useful for more than just volunteer work. With a bachelor’s degree in theater from Drake University and a background of work in plays like “Guys and Dolls” and “Bye, Bye, Birdie,” she quickly found that her ability to perform in front of an audience provided new outlets to tell a story. While pursuing her master’s degree, she did a lot of children’s theater at Drake.

Some woman stood up and she started acting out stories,” Mehlman recalled. “I looked at her and she said, ‘I get paid doing this.’ I said, ‘If you can do it, I can do it.’”

And that’s just what she did, creating a costumed character called “Super Bird Betsy,” which allowed her to do professional storytelling at birthday parties and other events for youngsters.

Some of those children are now in their 30s and she sometimes gets requests from them to do their own children’s parties, introducing Super Bird Betsy to a second generation.

“Of course, I’m still 21, so I’m not sure how that happens that they got older and I got younger,” she joked.

She also did storytelling in the St. Louis Public Schools through the Springboard to Learning program in the 1980s.

Outside of NCJW, Mehlman works to stay active as well. The former preschool teacher is a member of both United Hebrew and Temple Israel, the latter of which has her on the choir. She also is part of the Jewish Federation Women’s Division.

But NCJW is a big focus for her these days. After her parents passed away last decade, she decided to become more involved. She didn’t want to sit in meetings or become chair of something but rather be a part of some kind of direct hands-on effort.

“I was a retired teacher and I said it is time for me to get back into volunteering,” she recalled. “I really wanted an activity…I called and they said, ‘Yeah, we have all these tributes that have to be done handwritten. I said ‘Oh, well, I’m a former teacher and I don’t really use the computer but my handwriting is really pretty good.’ ”

She said she finds the office work relaxing and loves to help youth through efforts like the Back to School! Store.

“The need for children is just so great,” she said. “I’m a former teacher and I just feel like I’m really giving the children something. It just makes them smile.”

She doesn’t know how many tributes she’s written but she’s been at it for eight years now so she estimates it to be in the hundreds.

The reason is straightforward enough.

“I thought at this stage of my life, it was time to pay back,” she said. “It gives me such pleasure to see the joy that we do for other people. I think that people are just so gracious, so thankful.”

Fun Fact: In addition to “Super Bird Betsy,” Mehlman also created other characters including a germ which teaches kids about the importance of hand washing.