Yes, there is a witch in the Torah and she was pretty powerful 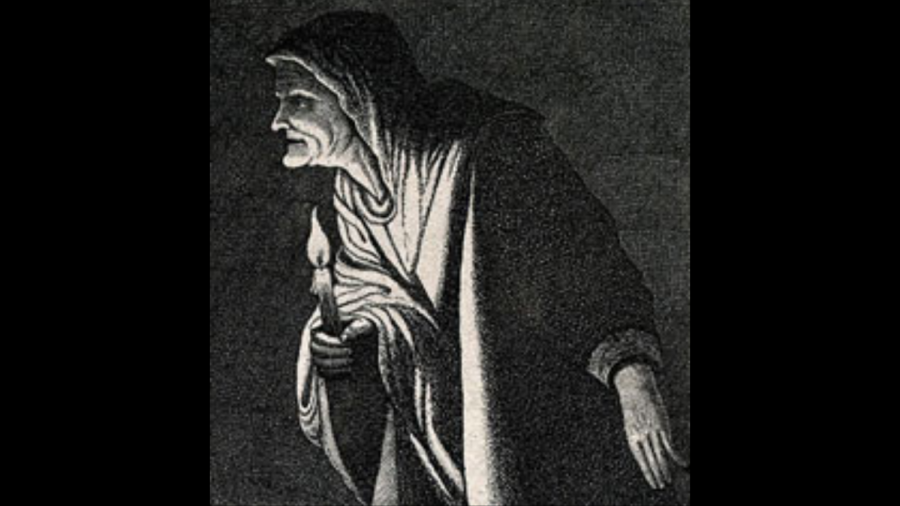 In honor of Halloween,  we retell the controversial tale of the Witch of Endor, featuring Saul, the handsome but historically inept first king of Israel.

The language in the Torah is pretty clear about the crimes of sorcery and witchcraft, and that they are punishable by death, yet there a quite a few examples of Jewish leaders at various levels mixing in with black cauldron type stuff.
King Saul and the Witch of Endor
For years, the prophet Samuel’s tough love helped Saul; Samuel rebuked him when necessary and interceded with the Lord and the Israelites on his behalf. After the prophet died, God refused to talk to Saul about the upcoming war, and the monarch despaired. But, he’s relieved to find a “professional witch” living in Endor, and he goes to visit her in disguise.

Saul asks The Witch of Endor to conjure Samuel’s spirit for him. She is not happy with the request and believes Saul is trying to trick her into admitting she breaking his very laws. But in the end she does what Saul asks and conjures Samuel for him.

The conjured Samuel tells Saul he will lose the upcoming battle, his three sons, and his life. Sure enough, with his army defeated and his sons dead, Saul fell on his sword. Did the witch really raise the dead? Was Saul punished for trying to divine the future? This much we know: Endora from TV’s Bewitched was named for this sorceress, who brought down a king.
Witches In The Torah
In the Torah, the witch is described in Hebrew as a ba’alat ov, which literally translates as a “controller of the spirit.”

“In the Torah, where women are typically described as wives, mothers, or prostitutes, it is significant that Saul seeks out a woman for advice, and not just any woman, but a woman who exercises unquestioned power and authority over others — she controls them,” writes Minrose Straussman, a a lecturer in English at the University of Sorbonne-Nouvelle. “And, in this specific case, she is a woman who exercises power over two men: Samuel, in conjuring his spirit, and Saul, in forcing him to eat his last meal.”

This is significant according to Straussman, because it suggests the reason magic has been made so taboo is because it was seen by the rabbis as a competing and legitimate form of power and knowledge that can be directed by women over other people, including men.

It’s also very noticeable, that unlike so many other women in the Torah, this woman is never named. This, according to Straussman only strengthens the mystery of her power.

“Witch of Endor’s power is in her invisibility. Perhaps that is part of what makes her, and others like her, so dangerous — and so remarkable. The underground nature of her power makes one think of the countless ways throughout history that women have fought the patriarchy in these hidden ways: through whisper networks, through unconventional methods like charm and deceit, and, yes, through magic,” wrote Straussman