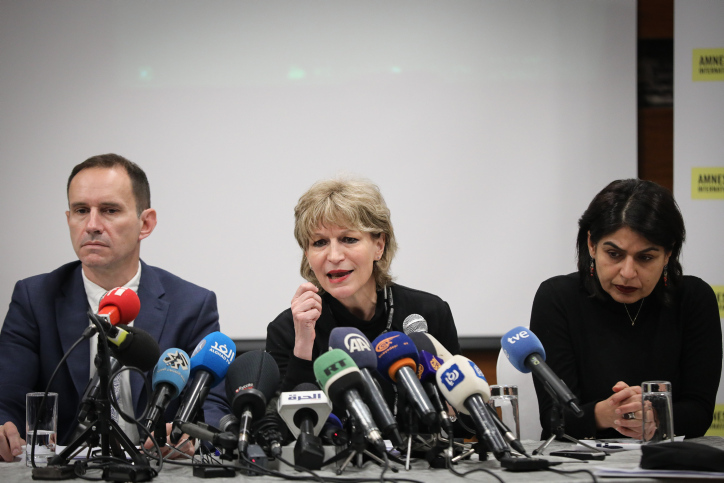 (JNS) Amnesty International on Wednesday called on the United States to pressure Israel “to repeal discriminatory laws and policies,” and to “review” its military aid to the country.

In a statement posted on its website, Amnesty’s USA chapter said, “The U.S. government is uniquely placed to meaningfully pressure Israeli authorities to repeal discriminatory laws and policies, issue reparations where appropriate, and uphold its obligations under international human rights and humanitarian law.

“We encourage all members of Congress to use the full power of their office to advance human rights for all by calling for a thorough review of US security aid to Israeli forces to determine whether such aid has been used in the commission of violations, and by conditioning security aid appropriated to Israel on an end to violations of international humanitarian law and improvements in respect for human rights.”

Amnesty also dismissed widespread criticism and rejected accusations of anti-Semitism leveled at it over its report accusing Israel of practicing apartheid in Judea and Samaria. policies.”

“Amnesty’s research, campaigns, advocacy and statements pertaining to Israel are focused on the actions of the Israeli government—they are not, and never will be, a condemnation of Judaism or the Jewish people. Furthermore, we condemn anyone who would cynically cite our research as justification for committing anti-Semitic acts of hatred and violence. Amnesty International condemns anti-Semitism in the strongest possible terms,” the statement said.

This is an edited version of an article that first appeared in Israel Hayom.