Local Jewish chef and his daughter launch “Pizza For a Purpose” 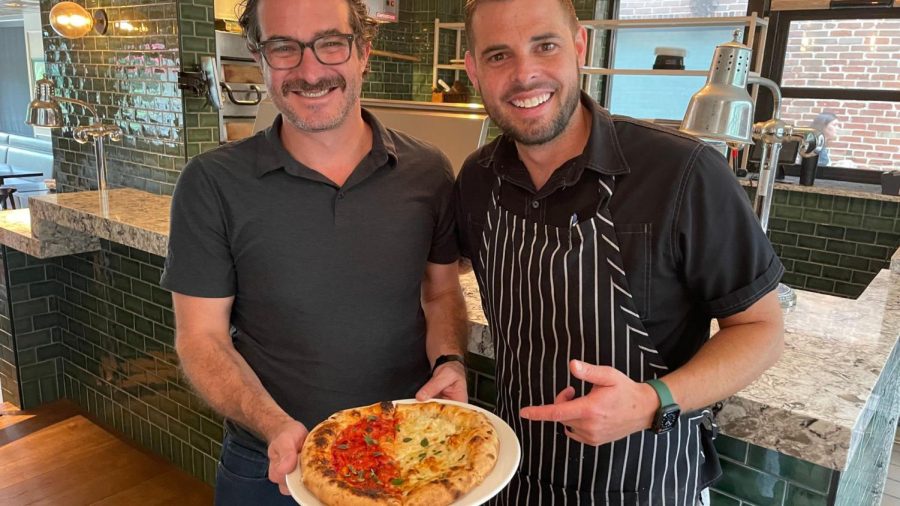 Mark Hinkle, Andrew Simon and Edera Collaboration Half & Half Pizza

Tzedakah is the Hebrew word for philanthropy and charity. But, tzedakah is much more than giving money, tzedakah is meant to build trusting relationships and includes contributions of time, effort, and insight. That is the idea behind “Pizza For a Purpose” the summer dining initiative and the brainchild of local Jewish restauranteur, Executive Chef Andrew Simon and his daughter Lyla.
Meet Chef Andrew Simon
Simon, 33, whose father is Jewish, grew up in the Chesterfield area and attended Lafayette High School. From an early age, Simon fell in love with food and found an early connection to Judaism thanks to his paternal grandmother’s matzo ball soup.

“It was my grandma’s recipe,” said Simon. “It wasn’t just special because it was delicious, but also it was rooted in our family traditions and that means so much to me. Because food is such a big part of the Jewish culture, food became big part of my upbringing.”

With nearly 15 years of experience in the culinary industry, Simon’s resume includes leading the kitchen at Scape American Bistro, the upscale Central West End restaurant that operated for 12 years prior to Edera’s opening in October 2020.

“Additionally, I owned and operated Charred Crust, a pizza concept in Clayton for a few years, but ultimately made my way back to Edera. As a child, my dream was to play pro baseball or to be a chef, but I landed on cooking because of the way it brings family and friends closer together,” said Simon.
“Pizza For a Purpose”
The bringing together of food, families, and friends is at the heart of the “Pizza For a Purpose” concept. 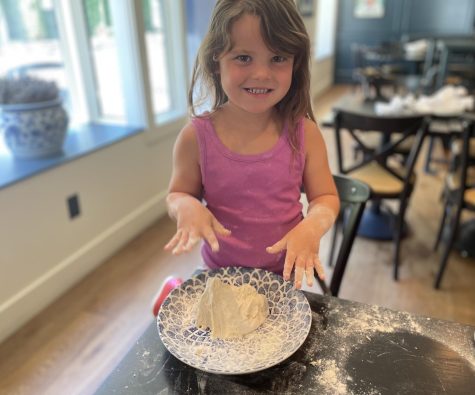 Simon and his daughter Lyla, 6, have partnered with local chefs/owners and their kids to help create their favorite pizzas to enjoy during the summer break. Participants include Mark Hinkle, owner of Olive + Oak, O + O Pizza, Clover and The Bee, and Perennial on Lockwood; Mary Boehne, chef, owner and operator of Yolklore; Daniel Poss, executive chef of Juniper; Michael Gallina, chef and owner of Vicia, Winlsow’s Table and Taqueria Morita; and Nate Hereford, owner and chef of Chicken Scratch.

“For those of us in the restaurant business, the work takes time away from our families and friends. This pizza collaboration it allows us, chefs and restaurateurs, the chance to spend time with our children while giving back to the community.   It also allows us to get to know other chefs in St. Louis which is important as we can be a support to each other,” said Simon.

Each of the collaboration pizzas will be available for one week this summer at Edera Italian Eatery with proceeds of the pizza’s sales being donated to the Chefs charity of choice. This week’s pizza collaboration is with Mark Hinkle from Olive + Oak. Hinkle and his daughters joined Simon and Lyla to create the “Half & Half” featuring one side with red sauce, calabrian chile, fresh oregano and pecorino cheese and the other side featuring smoked extra virgin olive oil, mozzarella, buffalo mozzarella, black pepper bellavitano cheese, pecorino cheese and fresh oregano. The inspiration for the pizza is that one of Mark’s daughters prefers no sauce and his other daughter prefers no cheese. Proceeds will benefit the Ollie Hinkle Heart Foundation.
Summer of tzedakah
“There’s nothing I love more than spending time with my daughter, and I also love spending time in the kitchen,” said Simon. “Summer is always hectic with kids’ schedules, and I know that other chefs and restaurant owners look for meaningful ways to share their love of cooking with their families. This inspired the Pizza for a Purpose summer collaboration series, and it allows us to give back through several charity organizations that our friends in hospitality are passionate about.”

Details on each participating chef and their Pizza for a Purpose are below:

Edera Italian Eatery is open from 5-9 p.m., Monday through Thursday and 5-10 p.m., Friday and Saturday. For more information about the Edera summer pizza collaborations, follow @ederacwe on social media or to make a reservation, visit Edera’s website.