This is the country’s 10th medal overall in the history of its Olympic participation, and its first in taekwondo. 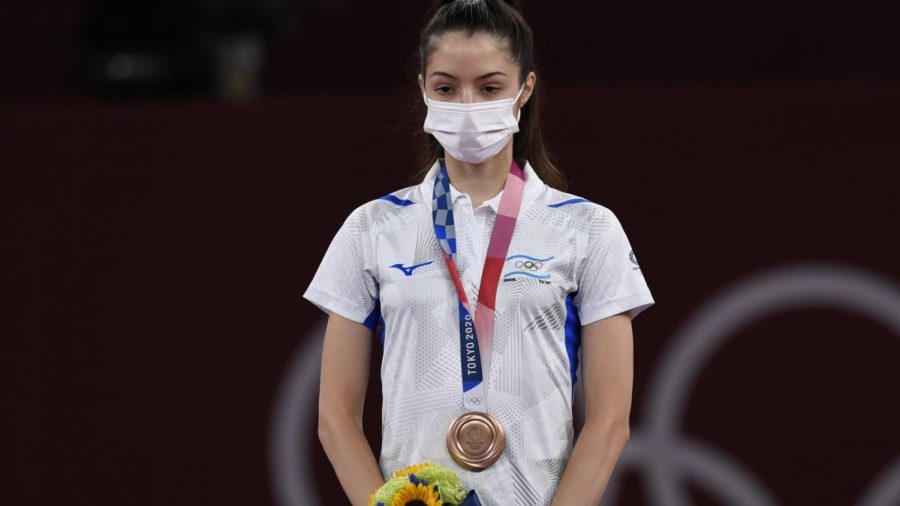 Avishag Semberg with her bronze medal at the Tokyo Olympics. Photo courtesy of Israel Olympic Committee

(Israel21c) – Israel won its first medal during the first full day of the Tokyo Olympics on July 24.

This is Israel’s 10th Olympic medal in history and its first in taekwondo.

Also on Saturday, 17-year-old swimmer Anastasia Gorbenko set a new youth record in the 100-meter butterfly qualifier at 58.23 seconds. Although she is now only in 18th place overall, she will be competing each day of this week.