Burt Newman honored by Missouri House for lifetime of achievements 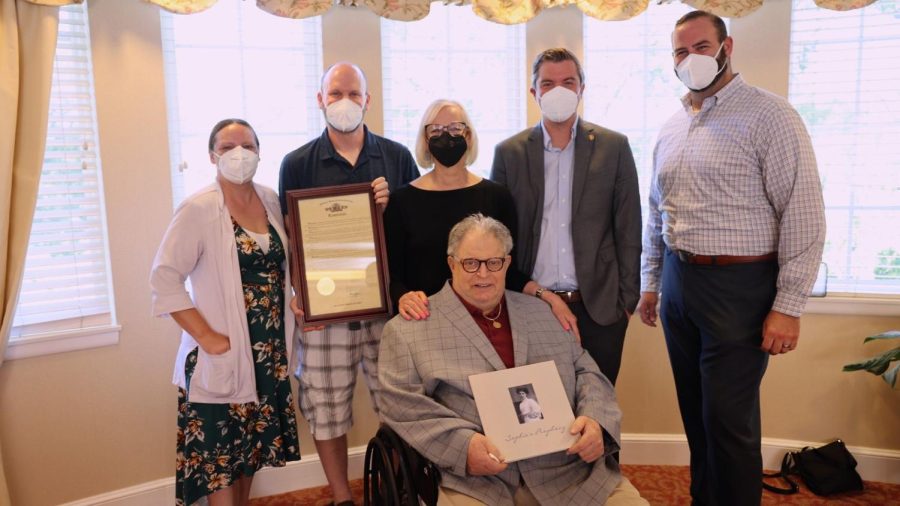 Burt Newman, a longtime St. Louis Kaplan Feldman Holocaust Museum docent, was recognized on July 21 for his efforts to raise awareness of the Holocaust. Newman received a resolution from the Missouri House of Representatives honoring his lifetime achievements.

The presentation was made by Missouri Reps. Ian Mackey, D-St. Louis County, and Adam Schwadron, R-St. Charles. Schwadron was the sponsor of the Holocaust education legislation that was signed into law on July 1 by Governor Mike Parson. Newman’s wife Stacey, a former member of the Missouri House, offered testimony on her husband’s behalf at a Jan. 25 hearing on the bill.

Burt Newman’s grandmother Sophie Neumann, escaped from Russelsheim Germany in 1939 but her eight sisters and their husbands and children perished at the Auschwitz-Birkenau extermination camp.

The resolution noted Newman’s career achievements, including serving as the editor of the Missouri Law Review and as an adjunct professor at Washington University School of Law. It concluded with the statement “Be it resolved that we, the members of the Missouri House of Representatives 101st General Assembly, join in extending the most hearty appreciation to Burt Newman for his lifetime achievement and in further wishing him continued success in all future endeavors.”