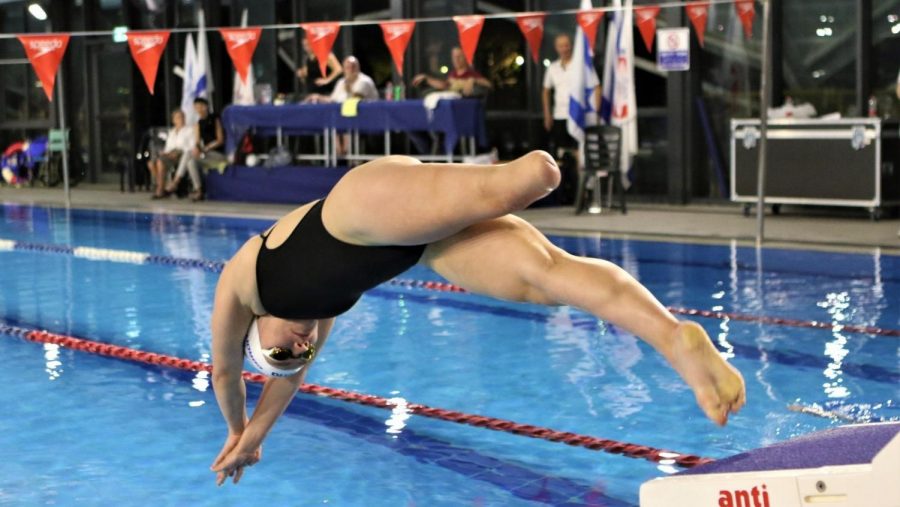 (Israel21c) – For Andrew Danos, the moment he really understood the importance of the Paralympics was when he presented a trophy at the national tournament for wheelchair tennis in Israel, and met a young South African tennis player who had lost both his legs.

“He told me that in South Africa this kind of disability destines you to a life of begging on the street. Wheelchair tennis allowed him to escape that life, and now he goes around the world playing tennis,” Danos told ISRAEL21c. “That story really stuck with me, and from that point on I was connected.”

That was six years ago, and Danos today is the honorary president of the Israel Paralympic Committee. His family company, the James Richardson Group, is the main sponsor of the Israel Paralympics team.
Israel’s multifaith delegation to Tokyo this year includes 33 athletes with physical disabilities, ranging in age from 18 to 55 and competing in 11 sports. On August 24, rower Moran Samuel and boccie player Nadav Levi will carry Israel’s flag into the opening ceremony.

The first to compete will be a Muslim swimmer, Iyad Shalabi, 33. The last will be 41-year-old shooter Yulia Tzarnoy, on September 5.

Danos, who spoke to ISRAEL21c as the Israel team headed to Japan, is a fairly new immigrant to Israel. He arrived six years ago from Australia, where his grandfather founded the James Richardson chain of duty-free shops in Australia and in Israel’s Ben-Gurion International Airport.

At 36, Danos is taking a lead in the family business and its philanthropic endeavors focused on education, sports and health.

When he arrived in Israel, the family business supported wheelchair tennis in Israel, but after that first event, Danos became increasingly involved.

“Our connection to Paralympic sports grew and grew,” says Danos. 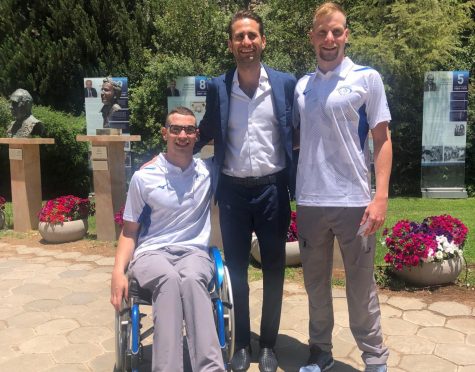 Still, when the Israel Paralympic Committee approached him in February 2020 about serving as honorary president for the upcoming Tokyo Games, he says, “I was in absolute shock. I felt I was too young and didn’t feel I was deserving of it. But I accepted and it’s been amazing.

“In some ways I feel I’ve come full circle with my grandfather because in 1956, when the Olympics were in Melbourne, he was the official emissary for the Israeli team. It included only three athletes [in long jump, diving and swimming] and it was too small a team to send any officials. So this feels really nice for me from a family perspective.

“My grandfather was a very strong Zionist with connection to Israel long before he had a business here,” he explains.

The honorary president presents the team at public events and accompanies the athletes to national competitions, all of which has been difficult in the last two years because of the pandemic.

“Everyone has faced challenges during this time, but the Paralympics team faces challenges every day, Covid or no Covid, in doing the day-to-day things that we take for granted,” Danos tells ISRAEL21c.

“It has been an inspiration for me and for everyone to see how they overcome these challenges. They all have the most amazing and unique stories.”

When he was a 19-year-old soldier in 1987, Shaziri lost his left leg to a landmine near the Lebanese border. By 1989, he was training in both shooting and wheelchair basketball at the IDF Disabled Veterans Organization’s Beit Halochem in Tel Aviv.

Twenty-year-old twin brothers Mark and Ariel Malyar are both competing for Israel in the pool. They were born with cerebral palsy and started swimming at age five for physical therapy. Mark won gold and silver medals at the 2019 World Para Swimming Championships and won the European Championships this year.

Pascale Bercovitch, 53, who lost both legs in a train accident in her native France, is heading into her fourth Paralympics. She previously competed for Israel in rowing and handcycling; this year she is Israel’s sole competitor in kayaking.

Bashar Halabi, a 26-year-old swimmer, is the first Druze Israeli to make Israel’s Paralympic squad. Halabi was paralyzed from the waist down due to a premature and complicated birth.

In 2016, the team came home with three bronze medals, won by Moran Samuel, Doron Shaziri in shooting and Inbal Pezaro in swimming.

These days, Israel has fewer athletes eligible for Paralympic training due to the very positive reason that fewer soldiers and civilians suffer permanent disabling injuries than in the past. At the same time, the level of competition has skyrocketed.

“The Paralympics are no longer an event to support people with special needs,” says Danos. “You are going to watch world-class athletes competing in a world-class event.”

“The entire team has already made the nation and the world proud.”

If Danos could give out medals, he’d designate a gold for every person working behind the scenes of Israel’s Paralympic team — physiotherapists, doctors, trainers, coaches, support staff, administrators.

“A lot of it is done on a volunteer basis and they put in an incredible effort,” he says. “It’s not just inspiring; it shows the dedication and commitment one person can have. If you’re looking for purpose and meaning, this is one place to find it.”