Why you should care about the Supreme Court, recycled tires and history 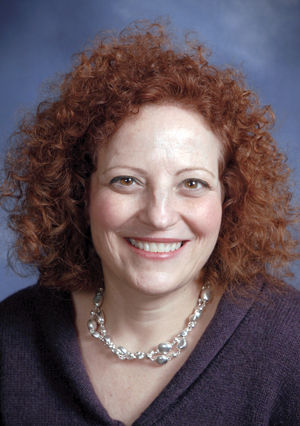 Karen Aroesty is regional director of the Anti-Defamation League of Missouri/Southern Illinois.

I understand that that many people don’t see the personal relevance of anything that happens at the Supreme Court.  So, when I say that the world of constitutional law was rocked recently, bear with me.

Last week, the United States  Supreme Court heard oral argument in the case of Trinity Lutheran Church of Columbia v. Comer. The church had applied for a grant from Missouri’s Department of Natural Resources to improve its playground with outdoor resurfacing materials made from recycled tires.

The application was denied. It was problematic because the state constitution says: “No money shall ever be taken from the public treasury, directly or indirectly, in aid of any church, sect or denomination of religion, or in aid of any priest, preacher, minister or teacher thereof, as such; and that no preference shall be given to nor any discrimination made against any church, sect or creed of religion, or any form of religious faith or worship.” (Const. of 1875, Art. II, § 7.)

The wording of Missouri’s “No-Aid” clause is stricter than the First Amendment to the U.S. Constitution: “Congress shall make no law respecting the establishment of religion or prohibiting the free exercise thereof.” Having come to the Colonies to escape religious persecution, religious liberty was crucial for the framers.

In the colonial era, while there was some religious diversity, its range was limited to differing Christian denominations. Yet many strongly supported separation of church and state. Their experience in Europe and England had made them wary of government entanglement with religion. Some were afraid of potential control by the clergy; others were concerned that government would corrupt the church.

In the 1780s, Virginia attempted to levy a tax for the support of clergy. The opposition, led by Thomas Jefferson and James Madison, declared that it would violate religious freedom.

At the time, Madison wrote in Memorial and Remonstrance Against Religious Assessments, “That same authority which can force a citizen to contribute three pence only of his property for the support of any one establishment, may force him to conform to any other establishment in all cases whatsoever.”

The bill was defeated 12 to 1. Jefferson would later write, “I contemplate with solemn reverence that act of the whole American people which declared that their legislature should make no law respecting an establishment of religion or prohibiting the free exercise thereof, thus building a wall of separation between church and state.”

Why is separation important, and where does a state draw the line? Can you envision government employees spending your tax dollars determining what public funds or grants should go to religious institutions? How does a state employee balance the interests of Trinity Lutheran Church with the same request from the mosque or synagogue across the street when grant funds are limited? Would the “oldest” religion be considered before others?

Religion in this country flourishes because of separation, not in spite of it. It is true that the tax dollars for which Trinity Lutheran applied would not pay for anything inherently religious, only recycled tires for a playground surface. Yet, by arguing that the grant does not directly support religion, proponents of Trinity Lutheran’s position are in denial about the potential risk such a position poses for all religious people.

We can thank the framers and the writers of the Missouri Constitution for their foresight. Missouri’s “No-Aid” clause assures that establishing one religion, or discriminating unlawfully between religions, will be open to continual challenge. Churches, temples, synagogues and mosques, on equal footing, can resurface playgrounds with dollars raised within their congregations, through private foundations or by crowdfunding online.  Government entanglement with religion at any level and in any form is a threat to religious liberty for all.