Who’s ready for another I-70 showdown? 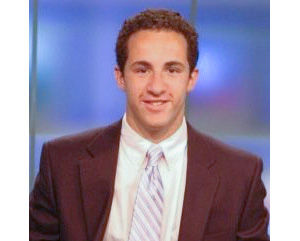 A few weeks ago, I had the pleasure of attending the makeup game between the St. Louis Cardinals and Kansas City Royals. It was a perfect summer night for baseball, complete with a hot dog and nachos. What made the evening truly great, however, was the contest that took place on the field.

The Royals took an early 2-0 lead, but the Cardinals battled back and went up 4-2. In the ninth, outfielder Alex Rios singled off Cards closer Trevor Rosenthal, then scored on second baseman Omar Infante’s triple. The next batter, outfielder Jarrod Dyson, reached on a walk, then stole second. Runners on second and third, no outs, Cardinals up by one. Rosenthal struck out the next hitter – one out. The following batter hits a hard chopper to third. Cardinals third baseman Matt Carpenter charges in on the ball and fires home where catcher Yadier Molina applies the tag. Two outs. The next batter grounded out – game over. Cardinals win 4-3.

The Royals used to be the league laughingstock. Not anymore.

After winning the AL pennant in 2014 and coming within a game of winning the World Series, the Royals haven’t let up in 2015. They currently own the best record in the American League at 65-44, which also happens to be the second-best record in baseball.

The best record? That belongs to the 71-39 Cardinals.

With the two best teams in baseball hailing from the Show Me State, fans are dreaming of another I-70 showdown. How much fun would that be?

Now here’s the reality check: only twice in the last 20 years (the year the Wild Card was implemented) have the two best teams from each league met in the World Series. The most recent was in 1999 when the New York Yankees and Atlanta Braves squared off. The time before that was in 1995 when the Atlanta Braves took on the Cleveland Indians.

But that won’t stop Cardinals and Royals fans from pining (no pun intended, George Brett) for a rematch of the 1985 Fall Classic. Imagine welcoming back some of the stars of the that series – Ozzie Smith, Willie McGee, Jack Clark for the hometown team; Brett, Frank White (despite his tenuous relationship with the Royals), Brett Saberhagen for the cross-town rivals.

Heck, even former umpire, Don Denkinger, he of the infamous Game 6 call, would (probably) be included in the festivities. And for what it’s worth, Denkinger said last year that he was rooting for a Cards/Royals World Series before the former was ousted by the San Francisco Giants.

With the expanded postseason, the MLB playoffs are more of a crapshoot than ever. That’s why the 89-win Royals of 2014 were able to handily sweep the 98-win Los Angeles Angels in the AL Division Series.

But both the Cardinals and Royals seem built for the postseason. Which in today’s game means they both have good pitching and lots of it.

The Cardinals, for example, lead the majors with a 2.58 team era. That’s more than half a run better than the second place team, the Pittsburgh Pirates, who’s pitchers have combined to post a 3.20 era. The Royals check in at ninth with a 3.60 era.

Where the respective teams’ pitching dominance is really evident, however, is in the bullpen. Unsurprisingly, the Cardinals rank first with a 2.22 bullpen era and are holding opponents to a .236 batting average.

The Royals, for comparison, have the second-ranked bullpen with a 2.33 era. But opponents are only batting .210 against their relievers.

A dominant bullpen is the new blueprint for success for playoff teams. When the manager has a fleet of fireballers at his disposal, it drastically shortens the game for the other team.

As we hit the dog days of August, there’s still a long way to go before the Cardinals and Royals can turn this dream of a 1985 rematch into a reality. In the meantime, we’ll have to be content watching the two Show Me State teams show up the rest of their respective leagues.