Who won in Supreme Court decision on affirmative action? 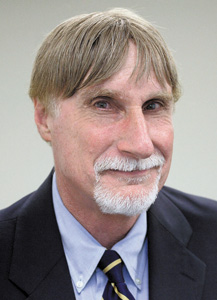 On June 24, the U.S. Supreme Court issued its much-awaited Fisher v. University of Texas decision, which figured to make or break the future of “affirmative action.”

Rewinding to the 1970s, universities had developed affirmative action programs to counter past discrimination against minorities and promote “diversity,” giving special admissions preferences to blacks and other “disadvantaged” applicants. In Bakke (1978) and Gratz v. Bollinger and Grutter v. Bollinger (2003), the Supreme Court said that race could be used as a factor but not the factor in admissions; a too-blatant quota system would violate the Fourteenth Amendment of the U.S. Constitution.

The Fisher case sought to clarify these issues. Abigail Fisher, a white woman, was denied admission to the University of Texas-Austin in 2008, despite a 3.59 grade point average, ranking in the top 12 percent of her high school class, and excelling on the SAT exam. Many black and Hispanic students with far less impressive credentials were admitted, partly under UT’s “Top 10 Percent” Plan (which accepts any students in the Top 10 percent of each Texas high school’s graduating class, effectively favoring minority students who excel at academically weaker schools in inner city or rural areas) and partly based on a “holistic” score whereby applicants are judged on softer criteria that include race.  Although the “Top 10 Percent” plan sought to improve access to the state’s flagship campus based on socioeconomic criteria, resulting in over 20 percent of the entering class consisting of blacks or Latinos by 2004, UT decided to add the holistic measure to add still more “underrepresented minorities,” even if it shut out candidates such as Fisher.

In its June 24 opinion, the Supreme Court decided (7-1, with Justice Kagan recusing herself) to punt the case back to the lower court, arguing the latter had not applied “strict scrutiny” in evaluating UT’s race-based admissions. In denying a clear victory to either side, the justices were not ruling out race considerations altogether, but further narrowing their use.

How should one view the decision? On the one hand, affirmative action has been a noble effort to remediate terrible historical discrimination against minorities, notably African-Americans, designed to level the playing field and foster equal treatment.  However, to the extent it has morphed into a race-preference system, it arguably has committed the very sin it was intended to address. To quote the late Justice Thurgood Marshall,“Distinctions by race are so evil … that we must not allow them in any public sphere.” Current Chief Justice John Roberts has put it more succinctly: “The way to stop discrimination on the basis of race is to stop discriminating on the basis of race.”

Ask yourself the following questions:

• If we agree racial profiling is bad, why even ask applicants to indicate their skin color on a college application? If we are serious about unbiased, merit-based admissions, why not adopt the race-blind (and gender-blind) process used by many symphony orchestras, who hire musicians based on their auditioning hidden behind a curtain? Why not judge applicants based on objective performance, not personal, ascribed characteristics?

• Doesn’t UT’s “holistic” scoring invite biased bean-counting aimed at producing a “critical mass” of each ethnic category, in other words, what amount to quotas? How many Asians are too many in the freshman class? Just as Jews suffered from quota systems in the past, high-achieving Asians are routinely being discriminated against at Cal-Berkeley and other universities because they are “overrepresented” minorities. Surely one cannot blame “white privilege.” If the problem is poor families or poor schooling in minority communities, the solution is to find ways to improve the education of minority children to position them to pass the screening tests, not undermine both equity and excellence for others.

• What is the price of “diversity,” and has it been oversold? The most important type of diversity on a college campus is diversity of ideas. How does ethnic/ racial diversity assure diversity of ideas, as if there is a “black” (or “Latino” or “Jewish”) point of view? I thought we were not supposed to stereotype people. If we accept “diversity” as an official goal in higher education, it means we are stuck forever with bean-counting to satisfy the social engineers (and not just the 25 years projected in Grutter).

• If affirmative action is meant to compensate for past discrimination, where is the evidence that Hispanics are a “victim” group that has been oppressed, entitled to special treatment?  And, even if one believes Hispanics deserve “victimization” status, does the child of Carlos Slim Helu, a Mexican and the world’s third richest person, rate admission to UT to help meet the “diversity” quotient? And do President Barack Obama’s daughters, hardly disadvantaged, get into Harvard due to their race? (As unfair as legacy-based admissions are, race-based admissions are more insidious.) And what about the children of Sen. Elizabeth Warren, who might try to claim at least 1/32 Native American (Cherokee) ethnicity?

Lyndon Johnson may have been correct when he said that “it is not completely fair” to expect someone who has been “hobbled by chains” to suddenly be liberated and compete with “all the others” from the same starting line. But affirmative action is not completely fair either for the likes of Abigail Fisher. We will continue to struggle with race, with what Gunnar Myrdal called “the American dilemma,” until we hopefully get the goal of “fairness” right. Insofar as the Fisher decision struck a blow against racism, it was a victory for American democracy. Insofar as racism still exists, there remains much work for us to do.