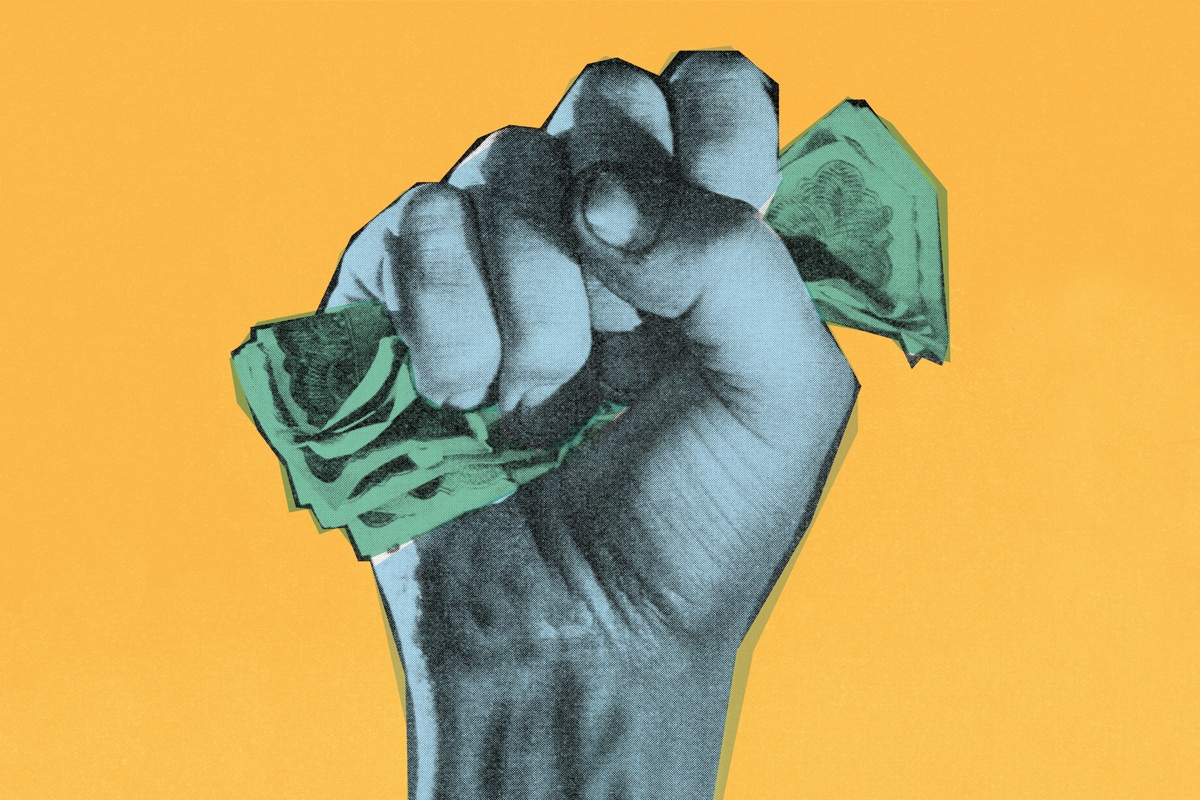 As a white person, as a Jewish person and as the descendant of Holocaust survivors who have benefited from the German reparations program, I feel morally obligated to pay reparations to Black grassroots organizations and Black individuals until reparations are formalized by the U.S. government.

On May 25, George Floyd was murdered by police officers in Minneapolis. His death, along with the murders of Breonna Taylor, Ahmaud Arbery, and Rayshard Brooks, served as the catalyst for protests against racism and police brutality across the country.

Social media has reflected a shift in consciousness for many Americans, as online platforms are repurposed to distribute anti-racist content and educational tools. Because of this shift, a surplus of vocabulary and concepts have become mainstream information to broader swaths of the public, such as police and prison abolition, defunding the police, colorism and reparations.

Reparations have gained traction and public attention in the past few years. In 2014, Ta-Nehisi Coates published an article titled “The Case for Reparations” in The Atlantic that outlines the many ways the U.S. government and white Americans have systematically benefited from the oppression of Black people beyond the institution of slavery. During a Democratic primary debate in late July 2019, then-candidate Marianne Williamson deemed reparations “a debt that is owed” to Black Americans.

After the Holocaust, Germans collectively engaged in “cheshbon nefesh,” or soul-searching, as they grappled with the horrors of the Shoah and senseless death they inflicted upon European Jews. This soul-searching has been embodied by the German government’s economic reparations, as well as a shift in their education system and national identity to ensure the Holocaust and its horrors are well understood and not forgotten.

The U.S. government and non-Black Americans must engage in this sort of cheshbon nefesh by paying reparations to Black citizens and unlearning and dismantling white supremacist systems in this country. This manner of soul-searching has never existed in the United States. Our education system teaches us that there was a stark difference between how Black Americans were treated on either side of the Mason-Dixon line in an attempt to absolve Northern states of racism and benefiting from the institution of slavery, and claims that racism in the U.S. ended when Jim Crow laws were abolished or when the Rev. Martin Luther King Jr. was murdered.

Growing up, my family’s conversations about Judaism most often centered around the Holocaust. While we were not particularly religious, my parents made sure my siblings and I read books about the Holocaust from a young age in order to ensure that we understood what our ancestors went through. On a typical family movie night, we would watch “Schindler’s List,” “The Boy in the Striped Pajamas” or “Paper Clips.”

While white supremacy is undoubtedly a threat to Jewish people in the United States, I move through the world as a white woman and with every privilege that whiteness entails. My religion does not put me at disproportionate risk of being brutalized by law enforcement, nor does it make me a target of racist practices such as redlining, voter suppression or the heightened risk of not being taken seriously by medical professionals — just to name a few.

Many of the grounds of the argument for German reparations are based in economics. The free labor of people imprisoned in concentration camps benefited German industries and the national economy. Thus, Holocaust survivors and their families were fiscally compensated.

I feel the need to regularly give reparations to Black grassroots organizations, Black individuals, and organizations that strive for a just, equitable and anti-racist society even though they are not formalized by the U.S. government. This need is heightened on a personal level because of my religious identity and family background.

Just as it’s customary to give tzedakah before Shabbat, it should be customary to give reparations. This is a heightened obligation because of the concept of tzedakah: Like reparations, Judaism teaches that money, wealth and land ownership are not truly ours to keep. The individualist capitalist system is a symptom of white supremacy and is antithetical to Jewish values.

Jewish people who descended from Holocaust survivors like myself may feel personal resonance to the systemic oppression of Black people in the U.S. It must be noted that white or white-passing Jews benefit from the white supremacist police state in America, just like all other white people. This takes form in where we can buy homes, how we interact with police and so many other aspects of existing in American society. We are just as obligated to unlearn whiteness and engage in anti-racist work as non-Jewish white folks. Our ancestral trauma does not give us a pass — it actually makes us more obligated.

Some may argue that because our ancestors may have not lived in the U.S. during the era of slavery, we aren’t personally obligated to redistribute our wealth. This is untrue. Our ancestors still immigrated to stolen land and were absorbed into systems built on the oppression of Black people. To truly engage in “tikkun olam,” repairing the world, we must actively work to right these wrongs. I encourage everyone reading this to make it a part of their practice to actively give reparations by donating to organizations like the NAACP Legal Defense Fund or the Okra Project, or to aid funds like Black Womxn Exhale.

This article is dedicated to my late dear friend Sarah Grossman.