What we know about Trump after three years 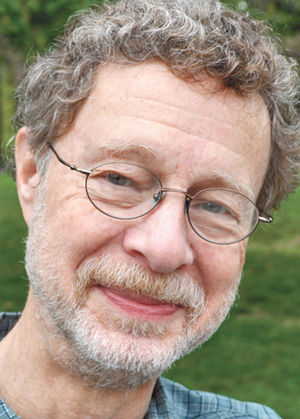 I’ve been wrong about Donald Trump a lot.

I totally dismissed him, for example, when he announced on June 16, 2015, that he was running for president.

During the decade I lived and worked in New York, Trump was just a press-manipulating, bogus mogul of real estate whom some people found mildly amusing. The bigoted remarks in his candidacy announcement about people of Hispanic heritage signaled not only his moral bankruptcy but also his political ignorance of changing American demographics. Why would I take him seriously?

Nineteen months later, he was in the Oval Office.

Today, between a year-and-a-half campaign and a year and a half of his presidency, we have three years of Trump shtick under our belts, enough to form at least a decent idea of the kind of guy we chose to lead our country.

Trump strikes me as a person with sharp instincts and understanding of the intersection of media and public affairs. Armed with a smartphone, a Twitter account and opposable thumbs, he exploits that understanding so well that he can dominate news cycles virtually every day in virtually every medium of our fragmented communications universe from mobile and internet to print, radio, television and cable.

Trump pulls this off with remarkable consistency, even when what he has said or done objectively merits no coverage at all. And he seems to know how to extract maximum benefit from coverage, whether it’s positive or negative.

If coverage reflects badly on him, as it does less often than it should, Trump chooses among several options. He can, for example, create a diversion so absurd that it’s irresistible to media. Trump seems to have put Rudy Giuliani, a recent addition to Trump’s legal team, in charge of disseminating the preposterous.

Or Trump can use calculated kvetching to spin negative coverage into a nonsensical “poor persecuted me” narrative, play up his phony “outsider” image and heat up the seething resentments of his base of followers.

Trump generally doesn’t get sufficient credit for his exceptional media savvy, maybe because it’s hard to believe that someone who can barely form and articulate a coherent thought could possibly be so deviously clever.

But maybe Trump’s brilliance at media manipulation is diminished by the fact that he also is a liar of the first magnitude.

By “first magnitude,” I mean someone who lies so often about so much that he long since has forfeited the benefit of any doubt. I mean someone who continues to repeat lies long after they have been exposed and confirmed as falsehoods. I mean someone for whom our default starting position must be that every utterance and every representation he makes is a lie.

Last Friday, the fact-checking unit at the Washington Post published an updated review of statements Trump has made since being sworn in on January 20, 2017.

He’s trending upward. Over his first 100 days in office, the fact checkers catalogued 492 false or misleading statements by Trump, averaging 4.9 per day.

St. Louis, as it happens, stands out as the location of one of the strangest lying episodes of Trump’s presidency (so far).

On March 14, 2018, in private remarks during a Republican fundraiser at the Hilton St. Louis Frontenac hotel, Trump bragged about lying to Justin Trudeau, the prime minister of Canada, arguably the United States’ most faithful, long-standing ally.

As invariably happens, someone at the Frontenac gathering secretly made an audio recording of the speech, and the recording became public.

Trump described their exchange for the donor audience:

But Trudeau held firm, Trump said, so they each sent an aide out of the room to check on the numbers. Trump said his aide returned and confirmed his boss was right. When U.S. purchases of Canadian timber and energy products were counted, Trump explained, “We lose $17 billion a year.”

Except that virtually nothing Trump told the Republicans in Frontenac was true.

In 2017, the United States exported to Canada $8.4 billion more in goods and services than it imported from our northern neighbor. In 2016, the U.S. surplus was $12.5 billion. Both figures include timber and energy.

Second, the circumstances: Alexander Panetta of Canadian Press reported that Trudeau’s government was unable to confirm that the two leaders ever had the face-to-face conversation Trump described. It was possible, a Trudeau official told Panetta, that they spoke by phone about the trade situation.

Either way, it’s about lies. Trump told the donors that he lied to Trudeau about knowing of a U.S. trade deficit with Canada. Trump himself admitted -– boasted, even — that he knew no such thing. And he was wrong about it. And if the face-to-face meeting with Trudeau never happened, then he lied to the donors about the whole incident.

With Trump, though, lies can stick around. The Washington Post database found 75 times (most recently on May 28) that Trump falsely claimed the tax reform bill he signed in December 2017 included the largest tax cut in American history. It actually ranks eighth as a percentage of GDP, the traditional measure, less than one enacted under Ronald Reagan and two signed by Barack Obama, among others.

True to this pattern of lying, just last Friday (June 1) Trump told reporters on the south lawn of the White House that “We lose many, many, many billions of dollars with Canada.”

No, we don’t, and he knows it. But this time, Trump wasn’t lying to the leader of another country or to potential Republican donors.

He was lying to the American people.