We will not forget to remember them 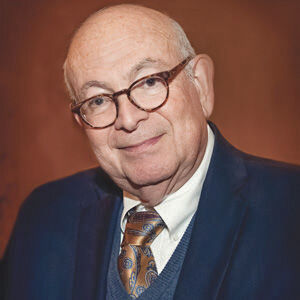 To paraphrase Thomas Paine’s immortal quote, these are indeed the times that try our souls. Loss, illness and death have become unwelcome constant visitors – not companions, because we are desperate for them to just go away and leave us alone. But we know they will continue to torment us with no end in sight.

So cruel is the COVID-19 pandemic that it has even blocked our ability to mourn the losses of dear ones.

I grew up in St. Louis and have been at the Jewish Light for 51 years, during which I have written thousands of obituaries. When I was 29, my relative youth blocked me from feeling the full impact of these losses. Now, at almost 81, I feel the losses on a much deeper and personal level.

Writing an obit is not just an obligation.It is a solemn privilege to share with our readers the  life stories of those we’ve lost, to help grieving families and friends embrace their sadness and share the joys and sorrows of lives well lived.

In recent weeks we have lost several notable members of our community and have been blocked from gathering in person to remember their livesby the urgent need to practice social distancing during the pandemic. Thanks to the timely advent of Zoom, I have been able to virtually attend several recent funerals, including:

• Harvey and Terry Hieken, a beloved and generous couple who died within weeks of each other and were laid to rest at B’nai Amoona Cemetery. The Hiekens actively supported the Jewish Book Festival, B’nai Amoona, the Jewish Light and a vast array of other organizations and causes. They always worked as a team, and now their souls are setting up shop in the World to Come.

• Esther Lyss Greenstein was a beloved neighbor, a beautiful, high energy person who was a living whirlwind. She was the loving mother of three devoted daughters by her late first husband, Stanley Lyss, a pediatrician, who died suddenly years ago. Esther is survived by her daughters and second husband, Harvey Greenstein, a past president of B’nai Amoona. Each spoke movingly at Esther’s funeral at her beloved Shaare Emeth, where she fiercely advocated for the hearing impaired and other worthwhile causes.

Esther gave me permission to name my annual Yom Kippur talk at Shaare Emeth as a nod to Stanley’s memory, which I am honored to do. Sadly, the dynamic and always together Esther suffered from the cruel Alzheimer’s disease. Before her symptoms became more noticeable, Esther said her goodbyes. She told me she had cried out all her tears and would fight the memory robbing disease with all her might.

Along with fellow Shaare Emeth member Arlene Goodman, I visited Esther twice at Parc Provence Memory Care before COVID-19 banned such visits except for family. After a few minutes at each visit, Esther’s face brightened and she asked me how my kids were doing in her soft, sweet, Georgia accent.

On the front entrance to her home in Clayton, Esther posted a sign that said “Shalom Y’All,” an indication of her hospitality and love of life and others.

• Rabbi Joseph Rosenbloom, rabbi emeritus of Temple Emanuel, served that congregation for an amazing six decades. The Rochester, N.Y., native first came to St. Louis in 1954 as assistant to the esteemed Rabbi Julius Gordon, who died suddenly at the age of 56. Rabbi Joe, as he was known to congregants and friends alike, turned down the chance to become senior rabbi of Shaare Emeth before accepting the pulpit at Temple Emanuel.

His brief tenure as interim rabbi at Shaare Emeth coincided with my confirmation there and with the terminal cancer of my dad, Harold Cohn. The young Rabbi Joe went out of his way to comfort my mom and me when I was only 15. I’m glad that, over the years, I remembered to thank Rabbi Joe for his kindness.

• Rosalie Librach Sterneck, widow of the late Morris Sterneck. Like Terry and Harvey Hieken and Esther Lyss and Harvey Greenstein, the Sternecks were a power couple who teamed up for countless worthy causes. Morris, who died in 2017, was a past president of the Jewish Community Center and Jewish Federation. Morris and Rosalie preferred the term “stewardship” to leadership. The couple brought boundless energy and good humor to all of their activities. They were co-chairs of the historic 1994 Show Me Israel Trip, which recruited a record 136 participants. Just before the trip left, Israel was convulsed by nationwide rioting after the killing of 29 Palestinian Muslims in a mosque in the West Bank. PLO terrorists launched violent reprisals and TV screens were filled with images of mobs throwing rocks at Israeli police and IDF troops.

Despite the violence only one registrant dropped out and the trip went on as planned without a hitch.  Thanks, Rosalie and Morris.  I’m sure you are already co-chairing many mitzvahs in the World to Come.

Whether we believe in a literal World to Come or not, our faith unites us in the belief that the acts and deeds of our loved ones’ lives live on in our cherished memories.

May all of our departed loved ones live on in our memories and find perfect rest in the shadow of the eternal’s wings. We will never forget them.