We need strategic acts of kindness 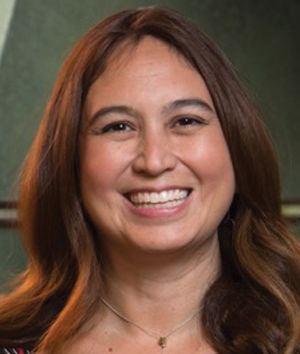 Cynthia Levin serves on the national board of directors for RESULTS/RESULTS Educational Fund, which supports everyday people to use their voices and influence political decisions that will bring an end to poverty.

In a time of national divisiveness, social media friends tell me that what the world needs now are “random acts of kindness” to get us through each day. I certainly can’t argue with that.

Yet other posts and news articles are filled with desperate voices worried about personal safety, economic security and civic freedoms. That’s why I think it’s time for us to also embrace “strategic acts of kindness.”

Political uncertainty has risen dramatically in our country since Election Day. Immediately afterward, we saw election-related crimes in our St. Louis communities, including vandals scratching the word “Trump” into an Indian-American family’s car, and white Ladue students chanting “Trump!” while allegedly telling black peers to get to the back of the bus. Today, we are seeing large-scale protests over human rights on a daily basis.

Racism, sexism and xenophobia are becoming increasingly normalized in political discussions on the media and in everyday conversations.

In the face of such a disturbing reality, we must take powerful actions to protect those who suffer disproportionately in this world because of religion, race, gender or any number of factors. People of every political stripe are waking up and wanting to have a voice in the direction our country is heading. However, many regular folks are afraid or don’t have the first idea about how to reach our nation’s decision makers.

That’s where strategic acts of kindness come in. In my former career as an engineer, I found random actions led to random results. Intentional strategy is needed to combat random acts of hatred or — even worse — systematic acts of oppression in our country and around the world.

What could this sort of organized love look like? Regularly calling members of Congress to voice your opinion. Holding a meeting with friends to write letters to elected officials. Sitting down with a senator or representative face-to-face to voice your opinion with respect. In fact, these are the very actions that U.S. representatives and senators consistently report as the most influential ways a constituent can sway their opinion.

If you don’t know how to do these things, that’s not a problem. Before I learned how to raise my voice, I was a stay-at-home mom who didn’t even know the names of my senators. I only knew that my community and my world allowed babies in poverty to suffer from poor health, and I wanted to help.

By getting involved with reputable advocacy organizations, I was able to receive training, support and inspiration to become a skilled advocate. In time, I learned to effectively advise policymakers, guiding them towards decisions that improve access to education, health and economic opportunity.

What could we accomplish together if we could channel outrage and dissent into deliberate actions to change the future? The possibilities are endless.

Look at the massive problem of global poverty, widely regarded as unsolvable. Years of coordinated volunteer advocacy have pressured the United States to partner with other countries on global health, nutrition and education programs. Since 1990, the number of people living in extreme poverty worldwide has been cut by more than half.

With enough engaged citizens creating the political will to stand up for ourselves and people in need, there is no limit to the good we could do.

It is critical that we empower ourselves with the skills needed to speak out to our new president and new Congress. Compassionate civic engagement is what our situation demands of us today. Together, we can navigate the combative ugliness of our time by rising above it.

It’s time to move beyond the random. We can shape the future by committing ourselves to strategic acts of kindness.