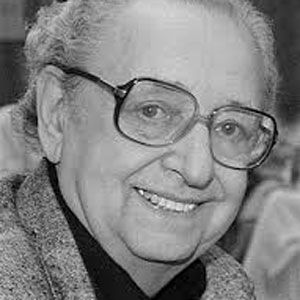 Professor Marty Rochester, columnist of the Jewish Light, is a perfect example why the 1619 voluminous report published by The New York Times (in cooperation with the Smithsonian and the Pulitzer Center that the professor fails to mention) charges our educational system guilty of malpractice. Most of the data below is not being taught, it claims. The in-depth study summarizes the fate of 20 or more African captives sold in Virginia by pirates in 1619 to be followed by the importation of 400,000 slaves.

We know too well the method used to dismiss facts we don’t like as “far left.” The 1619 report does not deal with the progress made more recently. Its purpose was to reveal the fundamental contributions made by African-Americans to the culture, the power, the civil rights, the laws “to challenge historical narratives, redefine national memory and build a better world.”

In summary, the report declares, out of slavery grew our electoral system; the inequities of its public health and education; its penchant for violence; its income inequalities; and the example it sets as a land of freedom and equality.

We need to rethink our history. The Southern theorist John C. Calhoun realized that in a true democracy the slave-holding South will always be in the minority. To maintain “states’ rights” — still part of the political dialogue — would enable the South to maintain slavery, 750,000 people had to die.

The founding editor of the National Review, William Buckley, as late as 1957 wrote that the white community is entitled to take measures to prevail, “for the time being, it is the advanced race.” (He drastically changed his views in later years.)

The 400,000 enslaved Africans transformed some of the land into the most successful British colonies. They taught colonists how to grow rice, which became 66 percent of the world’s supply.

The buying, selling, insuring and financing of 400,000 bodies and the products of their labor made Wall Street the financial capital of the world. The “wall” was built by slaves and is the site of New York’s first slave auction

Slavery was a source of phenomenal wealth. Cotton was as valuable in the 19th century as oil became in the 20th. The planters had free labor. To get the land, millions of acres were expropriated from American tribes. In 1803, Jefferson bought Louisiana for $15 million. Soon one million slaves were sent to work in cotton, sugar and rice on the 830,000 square miles of land. By 1831, America—thanks to free labor and land — produced half of the world’s cotton. Textile mills and factories were created that propelled the industrial revolution and the capitalist economy in America.

When Christopher Columbus brought sugar-cane stalks with him on his second voyage in 1493, it ultimately produced a huge market by enslaved laborers. Over the next four centuries, it more reshaped the world than any ruler or war had ever done. Before French Jesuits planted the first stalk in New Orleans, Wall Street had slave markets, five-story sugar warehouses, and 20 percent of its population was black. Because of that growth, many city codes were passed that not more than three slaves could meet on their own, and towns were authorized to “employ a common whipper for their slaves.”

By 1776, calls were heard in London to abolish slave trade. Thomas Jefferson and other founding fathers had made dizzying profits from chattel slavery. Although Jefferson had included references to slavery in the draft of the Declaration of Independence, to get it passed they had to be deleted. When the Constitution was considered 11 years later, references to property, insurrection and similar terms were all to protect the slave-owning, white dominant class. It excluded not only slaves but also women and native Americans. The framers maintained, “All men are created equal,” though this was not true.

When President Abraham Lincoln invited free black men to the White House and told them he had moved Congress to approve funds to ship blacks to another country, they answered, “this is our home and this is our country … Here we were born and here we will die.” Indeed, many of the blacks had been residents longer than many whites.

During the brief period of Reconstruction and the growth of black voting power, Congress passed civil rights laws which prohibited housing discrimination, provided citizenship to any person born in the United States, guaranteed equal protection under the law and the right to vote to all and enshrined public education for all into the Constitution of southern states. But when President Rutherford B. Hayes withdrew federal troops from the South, the period from 1880s to the 1930s became known as the “second slavery.”

The entirety of what happened is too gruesome to detail, but here’s one example: Many black veterans wearing their uniforms in public were considered uppity, killed, burned alive, dismembered and their body parts displayed. In many states, Black Codes were passed, establishing the criminal justice system to impose racial control. Racial segregation in housing, infrastructure, transit and schools became part of the fabric of government and legislation.

I will skip many aspects of the mistreatment of slaves by medical institutions, the myth about inferior racial differences to justify slavery, and historical events such as the insurrection of 1,000 slaves on Gov. James Monroe’s plantation in Charlottesville. Monroe consulted with Jefferson how to deal with it.

Professor Rochester can dismiss the contributions of African-Americans and the systemic (yes, systemic) racism in our past— to some degree still surviving —-as “far left ideological diatribes.” This offensive blindness describes him but, fortunately, the 1619 report and simillar efforts strive to, as we said earlier, “redefine (our) national memory.”

Charles L. Klotzer and his late wife, Rose, began the monthly FOCUS/Midwest in 1962, dealing with issues of the 1960s. In 1970, they founded, with the help of area journalists, the St. Louis Journalism Review (SJR). In 1983, the two publications merged.  The SJR, now also named the Gateway Journalism Review, moved to the journalism department of Southern Illinois University Carbondale in 2010. Klotzer’s career in journalism began in 1948 as assistant editor of the Troy Tribune (Illinois). He was founder of the Greater St. Louis Jewish Star and later, editor of the St. Louis Jewish Light.