Trump mob’s assault on our Capitol was personal 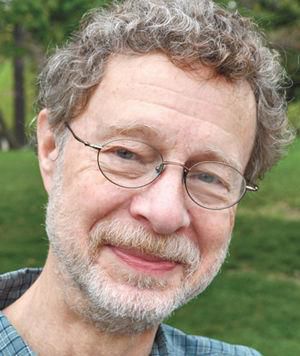 Eric Mink is a freelance writer and editor and teaches film studies at Webster University.  He is a former columnist for the St.  Louis Post-Dispatch and the Daily News in New York.  Contact him at [email protected]

All due respect for the three “Godfather” movie collaborations of writer-director Francis Ford Coppola and novelist-screenwriter Mario Puzo, some monstrous acts are not just business. They are most definitely personal.

On Jan. 6, hundreds of frenzied devotees of now-ex-President Donald Trump — many bearing firearms, clubs, noxious gases and explosives — executed a violent assault on the United States Capitol and the U.S. Congress in session within. Thousands more stood by and on alert outside the center of the legislative branch of our national government.

Five people died as a result of the hourslong attack, including a Capitol police officer on duty defending the building and protecting its staff, employees and elected members. Close to 150 Capitol and D.C. police officers were wounded, and more than 250 people have been criminally charged so far for their actions, according to a National Public Radio database updated as of Feb. 19.

But seven weeks later, with a continuing stream of factual revelations about the planning of the assault, its participants and the legal cases being built against them, I still can’t get past it. It’s personal.

I understand that the seething throng of Trumpy hooligans had long since been bent to the will of their hero by his truth-destroying repetition of provable lies. Nor is there any doubt about Trump’s ghoulish mastery of the dark art of psychological manipulation.

I get that after he lost the election, he stoked his cultists’ longstanding resentments with two months of faked outrage over made-up, tossed-out-of-court fantasies of stolen votes and widespread fraud.

And I certainly can see how the dog-whistled encouragement of violence and white supremacy that stained Trump’s presidency could turn into action when he lied to a rally crowd at noon and said he would be going with them to the Capitol.

That sounded like he was taking the mob along to back him up against Congress, which was about to fulfill its constitutional duty to certify the election won by now-President Joseph Biden. Trump’s personal horde of radicalized right-wingers might well have thought they’d arrive at the Capitol protected by the authority of the sitting president of the United States on a mission of disruption for his benefit.

This death inflicting, injury producing, feces smearing destruction and defiling of democracy has left me sick at heart even today. It’s a kind of civic despair at the damage done to stabilizing traditions of government, irrespective of politics. And it’s also a sense that my personal connections to Washington have been badly shaken.

In a column a few years ago, I wrote about how I’d fallen in love with Washington in 1964 as a junior on a spring trip organized by University City High School. But I’d also been smitten with the nation’s capital a couple of years earlier on a family summer vacation.

We’d driven east from St. Louis, stopped overnight in Wheeling, W. Va., and arrived in Washington in the fading light of dusk the next day. We were looking for the motel where we had reservations, a Holiday Inn on one of the district’s huge traffic circles, I think.

The problem was that everybody was tired and lacking any sense of direction whatsoever. We ended up on a wide, divided boulevard lined on both sides with stone buildings, impressive buildings, heavy ones with clean facades. Neither parents nor kids recognized the buildings by sight, and the lengthening shadows made it hard to catch names affixed to the buildings themselves.

In the days to come, though, we made our way to inspiring historical monuments, some of the dazzling Smithsonian museums, and even a couple of federal departments and agencies. We wandered through the Capitol building without escort and just a few apparent restrictions. In a general sense, it felt to me like a place where a lot of people spent a lot of time doing a lot of work, the nature of which mystified me, though I just knew it was important. Capitol police officers were around but didn’t seem concerned that meandering families posed any real security risk.

As in most families of strong-minded individuals, ours had no shortage of disparate opinions about almost everything. But there was one Washington location that we all agreed felt like a hallowed place: the National Archives.

In the Rotunda, where no one spoke above a bare whisper, I was astonished to see right there on public display … America’s founding documents, the real ones: the Declaration of Independence, the Constitution and the Bill of Rights.

A long line of visitors moved slowly, but it did move along. Anyone wanting to spend more time gazing at any of the specially protected parchment documents, as I did, had to step out of the flow of the endless procession of people, which seemed fair.

By the time I graduated from high school, I’d visited Washington four times, twice on school trips, twice on family vacations. Tourism notwithstanding, it felt like a second home.

So when it was time to decide about college and where I would first experience living on my own, of course I chose Washington: George Washington University. My freshman year, I lived in a shabby but serviceable dorm three blocks west of the White House and across the street from the International Monetary Fund.

At that age, living in Washington coincided with starting to figure out who I was, whether I was particularly good at anything at all and what I might end up doing with my life.

It also was a period of profound turmoil for our country with the assassinations of President John Kennedy, Malcolm X, Dr. Martin Luther King Jr. and Sen. Robert Kennedy; the battles for civil rights; and the escalation of the Vietnam War.

To say that living in Washington, a place of both rebellion and wonderment for me, was intense at such a formative time in my life would be a huge understatement.

I sometimes wonder whether the visits I paid to the National Archives had anything to do with my becoming a journalist, the only profession the U.S. Constitution protects from government interference. Or whether the subjects being discussed, debated, advocated and most certainly protested in Washington directed my natural curiosity toward the exploration of issues. Or whether it’s just a happy coincidence that I was born on the day the Bill of Rights had been ratified in 1791 and that the day the three founding documents first went on public display together was my fifth birthday.

More recently, I’ve wondered whether any of the extremists backing Trump were conscious of passing the National Archives and our precious, albeit flawed, founding documents as they walked to the Capitol on Jan. 6 intent on wreaking violence, overturning a legitimate election and sabotaging the U.S. Constitution.

Eric Mink is a freelance writer and editor and teaches film studies at Webster University. He is a former columnist for the St.  Louis Post-Dispatch and the Daily News in New York. Contact him at [email protected]