Trump is wasting power of his bully pulpit 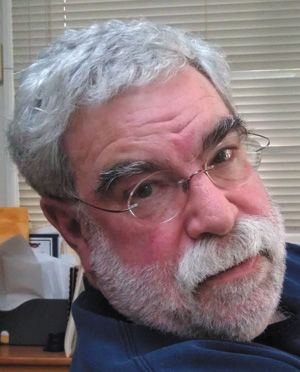 Repps Hudson is an adjunct instructor and freelance journalist who lives in University City.

President Theodore Roosevelt, one of the most erratic, flamboyant and unpredictable presidents until this year, coined the term “bully pulpit” for his ability to use his office to shape public opinion and policy for what he saw as the greater good.

Today, the term is everywhere: in commentary in print and broadcast and social media because President Donald Trump is given to calling out auto makers, Carrier, union leaders, Congressman John Lewis, NATO, the amorphous “media,” fictitious terrorism in Sweden.

He blusters and tweets — a digital modification of the bully pulpit — about all kinds of things. Sometimes he contradicts himself or his cabinet secretaries on policy.

Late last week, he blamed Barack Obama for tapping the phones of Trump Tower before the inauguration while offering no evidence. Is this any way to be taken seriously?

To be fair, every administration has to sort things out as it figures out how to set domestic and foreign policy and put those policies into place through the various cabinet agencies.

This is not easy stuff. In 1981, however, Ronald Reagan came in disciplined and on message, made Speaker Tip O’Neill, an old pol Democrat, his buddy and was able to effect promised changes quickly.

In 1993, Bill Clinton, not so much. Barack Obama did all right because he had to focus on saving a disintegrating economy.

Yet Trump’s recent marathon 77-minute press conference was the opposite of the self-discipline a political leader must have to stay on message. He spent much of his time attacking the “media.”

Many world leaders in this global communications village watched Trump – and were not reassured. Little wonder the Europeans at the recent Munich Security Conference expressed dismay and confusion.

During his first address to Congress last week, he had a sterling opportunity to use his bully pulpit to focus on a theme for his administration — economic recovery, government reform, countering Russia around the world — but he didn’t do that. Most commentators were taken more about his more moderate tone than what he said.

This is a serious problem. If the states of the European Union and the North Atlantic Treaty Organization are unsure of the American position on all sorts of issues large and small, they’ll start looking for other alliances to protect them from, for instance, Russia or Iran or Muslim refugees fleeing the war-torn Middle East.

What does it say about American foreign policy and Trump’s many declarations about NATO, Russia, Iran and Muslim refugees that Vice President Mike Pence and Secretary of Defense James Mattis had to go to Munich to reassure America’s long-time allies?

Trump has yet to learn – will he ever? — that what he says has great import.

That may not be true if, for example, he says ambiguous things about the Israeli-Palestinian conflict – two states? one bi-national state? what difference does it make? — and U.N. representative Nikki Haley clarifies his comments by saying the United States still supports two states but her boss is thinking outside the box. Confusion reigns.

Whom should a leader in Israel, Egypt, Jordan or Russia believe?

A pattern has emerged: Trump tweets and says anything. Then his level-headed lieutenants state a feasible policy.

I have a modest proposal: Trump should rediscover TR’s use of the bully pulpit, as when the 26th president pushed to break up corporate trusts and launch progressive standards for workers in America at the beginning of the 20th century.

Over the last century, the “jawbone” power of the presidency has served the country well.

His successor, Lyndon B. Johnson, cajoled a divided American public to accept African-Americans — descendants of slaves — as equal citizens who could realize the American dream by voting, living where they wanted and working as they were best able.

Leadership by the president in shaping public opinion has been essential to the office.

So far, Trump’s use of the literally awesome power of the bully pulpit is trivialized by tweets and fitfully intervening in markets and trade matters that best be handled by a well-considered process that produces a coherent policy the public can support.

Is it asking too much that he discipline what he says and tweets?