Time for U.S. to show its support for Israel 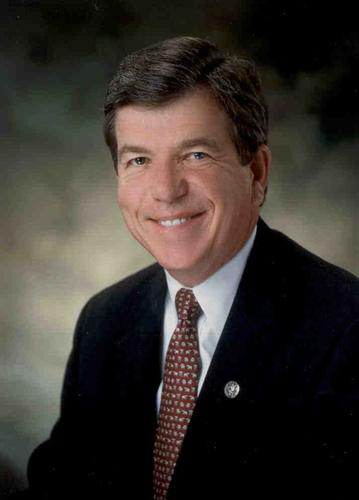 As our nation paused on Memorial Day to remember those who have sacrificed and continue to sacrifice for our freedoms, news arrived of a tragic confrontation between Israeli commandos and a flotilla of activists attempting to dodge an Israeli naval blockade of the Gaza Strip.

Although details of the incident – in which nine “peace activists” were killed and several Israeli troops were severely injured – are still emerging, a jury in the form of the international community immediately issued its final verdict: Israel’s naval blockade caused this event and removing it (which was precisely the political goal of the flotilla’s organizers) will both ensure this kind of thing never happens again and relieve the suffering of the people of Gaza.

Of course the blockade only exists because the suffering people of Gaza, given the opportunity to govern themselves after Israel’s 2005 withdrawal from the Gaza Strip, elected Hamas terrorists to do so. As it turns out, Hamas-style governing meant violently overthrowing more moderate elements of the government, ignoring nearly every aspect of the people’s welfare, and importing the means to launch thousands of rocket attacks on neighboring Israeli communities. The blockade is now Israel’s only effective means to prevent the further import of weapons into the hands of terrorists determined to kill Israelis. What kind of sadistic democracy would choose otherwise?

While preventing the direct shipment of supplies to Gaza, the blockade still ensures that appropriate humanitarian aid reaches the people who need it. Israelis I’ve spoken to bear no ill will toward the people of Gaza. But they simply cannot tolerate a failed terrorist state lobbing missiles at their communities.

I was in Israel in 2005 when Prime Minister Ariel Sharon took the advice of the same international leaders now condemning the blockade and forced thousands of Israelis from their homes and communities in Gaza in order to give Palestinians the opportunity for self-determination. This effort was traumatic on Israeli society; news channels were filled with scenes of Israeli families being dragged screaming from their homes by Israeli troops in order to allow Gazan Palestinians the chance to self-govern the full territory of Gaza. The resulting terror campaign left the government with no choice but to blockade the region.

President Obama has had the opportunity to remind the international community of these facts. Unfortunately the State Department has already piled on by claiming it “warned” Israel about the possibility of civilian casualties prior to the raid, needlessly fueling the head-scratchingly popular notion that democratically-elected Israeli leaders routinely and recklessly order military assaults on civilians. President Obama signed off on a U.N. Security Council statement “condemning” Israel’s action. There was even discussion that the Security Council was considering taking a break from its decade-long snail’s race to isolate terror-driven Iranian mullahs bent on developing nuclear weapons in order to consider a resolution on de-isolating Iranian-funded, terror-driven rulers in Gaza. Should such a resolution materialize, the United States should veto any proposal in that body that fails to hold responsible outside parties that are found to have provoked this incident.

There can be no doubt that the United States regrets the loss of life that occurred as a result of this tragic event. But this is no isolated accident. Emboldened anti-Israel extremists vow to continue sending ships and flotillas to the region in an effort to provoke further confrontations and maintain the world’s attention. It’s time for the President to put aside his year-long effort to lecture the Israeli Government on how to secure its borders and citizens, and send a clear message that the United States stands with the people of Israel.

Congressman Roy Blunt represents the 7th district of Missouri in the United States House of Representatives.