The United Nations at 70: Another fork in the road 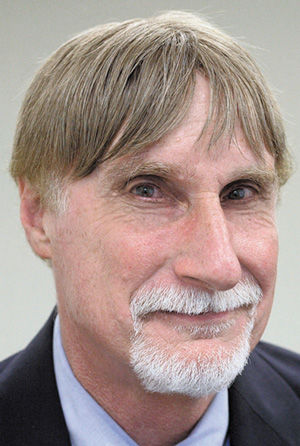 In June, the Jewish Light reported the startling news that Israel had just been elected to chair the United Nations Legal Committee, the first time Israel was selected to head a U.N. permanent committee.

Perhaps it is time to take another look at an institution that has been quite controversial, especially in the eyes of supporters of Israel.

The Foreign Policy Association’s 2016 Great Decisions publication started its discussion of the U.N. by stating, “There is a dramatic fork in the road for the United Nations and the United States in 2016.” What’s new? It seems the U.N. has always been at a crossroads, its future uncertain along with its relationship with the United States. To quote Yogi Berra, “It’s déjà vu all over again.”

A better metaphor here than “fork in the road” might be “rollercoaster ride.” The U.N. has experienced a pattern of ups and downs — extreme highs alternating with extreme lows, feelings of great optimism one moment and great doom and gloom the next.

For example, there was great euphoria in 1945 at the end of World War II, reflected in President Harry Truman’s speech at the U.N.’s San Francisco Conference, when he said he believed the participants were about to “create machinery which will make future peace not only possible but certain.”

One delegate proclaimed, “Inexorable tides of history are carrying us toward a golden age of freedom, justice, peace and social well-being.”

But by the early 1950s, pessimism had already set in, as Filipino diplomat Carlos Romulo, who had just served as President of the General Assembly, declared, “The UN is dying, it is in a coma and there isn’t much time left to revive it.”

Dag Hammarskjold, the greatest secretary-general in U.N. history, briefly resuscitated the world body in the late 1950s  until his tragic death in a plane crash in what is now Zambia. The 1960s and 1970s saw U.N. paralysis over Vietnam and the Cold War, leading another secretary-general, Kurt Waldheim, to lament by the 1980s that “the U.N. …….To some, its future is at best obscure.”

Yet, then, with the Cold War ending in 1989, suddenly more peacekeeping missions were carried out over the next three years than in the organization’s entire previous history, the U.N. helping to extinguish fires in Afghanistan, Cambodia, Namibia and elsewhere.

Trumpeting the U.N.’s comeback, several commentators gushed, “In a wondrous sea change, the U.N. has silenced most of its detractors. A body once scorned as a dithering talk shop has offered a glimpse of hopes for a new world order.”

Alas, the euphoria was short-lived. By 2003, Secretary-General Kofi Anan said that “the U.N. was at a fork in the road,” echoed by a New York Times headline (Sept. 19) that read: “U.N. Senses It Must Change, Fast, or Fade Away.”

Most recently, Secretary-General Ban Ki-moon confessed that the institution was “mired in gridlock,” as “I am dealing with 193 nations and civil society and the business community. There are almost unlimited actors who I have to have harmonious relations with.”

What the secretary-general did not say was that five actors in particular can make or break the organization: the five permanent members of the Security Council (the United States, Russia, China, United Kingdom and France), each of which has a veto over all key decisions. The failure of the Perm Five to cooperate – over Syria, Ukraine and other issues – remains the primary obstacle to U.N. success.

The United States itself has experienced a roller-coaster ride in its relationship with the U.N., at first being its chief champion (the State Department drafted the charter during WW II, and the U.S. was the first country to ratify the document); then becoming disillusioned by the 1970s (recall Ambassador Daniel Moynihan calling the U.N. a “dangerous place” due to the anti-Zionist, anti-Israel resolutions passed by the General Assembly);  becoming downright hostile during the President Ronald Reagan’s administration in the 1980s (when Reagan’s deputy U.N. ambassador said we should “either get out of the U.N. or get the U.N. out of the U.S.”); and subsequently becoming more supportive in the 1990s under Presidents George H.W. Bush and Bill Clinton.

More recently, the United States became skeptical again under President George W. Bush, whose U.N. ambassador, John Bolton, said, “There is no such thing as the U.N. If the U.N. Secretariat building in New York lost 10 stories, it wouldn’t make a difference.”

Under Barack Obama, the United States. at best has been indifferent toward the U.N.

It is easy to be dismissive of the U.N. After all, how can one take seriously an organization that elected the Libyan dictator Moammar Gadhafi to chair its Human Rights Commission in 2003, and which produces more resolutions condemning the lone democracy in the Middle East, Israel, than it does dictatorships such as Iran, North Korea and  Cuba, and all the countries of the world combined?

Still, we need to remember there have been some U.N. achievements worth noting, not least of which was the creation of the State of Israel in 1948.

In the war-peace area, despite failures in Rwanda and other hot spots, it is estimated that, overall, the U.N. has succeeded in helping to manage conflicts in more than half the cases in which it has been involved. In the economic area, the U.N. has succeeded in attaining many of the Millennial Development Goals it set in 2000, including cutting global poverty and hunger in half by 2015. Its Specialized Agencies, such as the World Health Organization and Universal Postal Union, have helped to eliminate smallpox and fight pandemics such as AIDS, to routinize global mail flows and facilitate other international cooperation.

Remember, too, that the annual U.N. regular operating budget is smaller than the annual budget of the Tokyo Fire Department, while the U.N. Secretariat is smaller in size than the staff at Disney World. It could stand more resources to work with, not fewer.

Granted, it is a deeply flawed institution. Hopefully, it can get its house in order with much needed institutional reform.

As we find the United Nations once again at a critical juncture, we should heed the words of the late Israeli statesman Abba Eban who, in a 1995 essay, spent page after page bashing the U.N., only to conclude with the following plea:

“It would be ridiculous if the first era of planetary interdependence were to find the world without a unitary framework of international relations. With all its imperfections, the United Nations is still the main incarnation of the global spirit. The idea of an international organization playing an assertive role in the pacification of this turbulent world may have to bide its time, but it will never disappear from view. History and the future are on its side.”

To quote Yogi again, “When you come to a fork in the road, take it.”