The thanks you get by giving is a healthier you 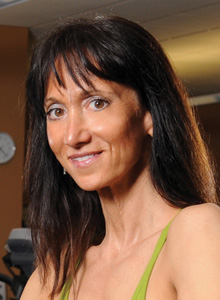 Thanksgiving is one of those rare and wonderful times of year when Americans of all religions can come together for a day of family celebration. Poised as it is before the gift-giving holiday madness truly gets underway, it is a time for reflection. I love when our family goes around the table, announcing at least one thing for which they are thankful.  Through the years, the responses have run the gamut from getting a good grade on a test to being given good news from a physician.

We are all blessed in unique ways, yet there is one aspect of Thanksgiving which I find to be particularly powerful. The giving of oneself is actually a blessing we can bestow upon ourselves and our health. In fact, the mere thought of engaging in charitable acts has been shown to boost the immune system. An experiment conducted at Harvard University asked students to watch a film about Mother Teresa tending to orphans; as the movie unfolded, it appeared that the number of protective antibodies in the students’ saliva increased markedly.

The good news doesn’t end there. Individuals who suffer from chronic pain report a decreased intensity in symptoms, as well as reduced disability and depression, when they reach out to others in similar pain. In one study, discomfort was reduced by as much as 13 percent.

Scientists believe the release of endorphins may be responsible for this phenomenon. According to researcher Dr. David R. Hamilton, acts of kindness create an internal environment of emotional warmth, which in turn releases a hormone known as oxytocin. Oxytocin generates the release of a chemical called nitric oxide, which dilates the blood vessels. This substance causes a decrease in blood pressure, thereby giving oxytocin the title of the “cardioprotective” hormone.

Researcher Stephen Post of Case Western Reserve University School of Medicine runs the Institute for Research on Unlimited Love, which conducts experiments on altruism, compassion and public service. His studies have revealed that when we selflessly donate our time and attention to helping others, everything from life satisfaction to self-realization and physical health shows significant improvement. Mortality may be delayed, depression seems to become less severe and debilitating, and a perception of overall well-being is increased.

This Thanksgiving, take the time to count the blessings which abound in your life, and then share some of your good fortune with others around you who may be in need. If volunteering is not necessarily something with which you feel totally comfortable — and it’s true, not everybody gravitates in this direction — remind yourself that the return of improved health to your own body is worth the hand you extend to another.

Have a happy and blessed holiday!