The self-inflicted roots of Trump’s problems 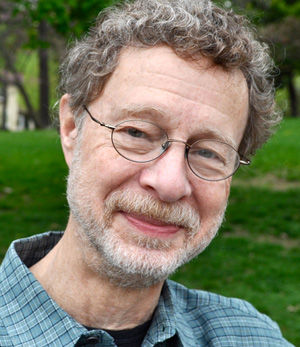 Eric Mink is a freelance writer and editor and teaches film studies at Webster University.  He is a former columnist for the St.  Louis Post-Dispatch and the Daily News in New York.  Contact him at [email protected]

The Donald Trump era of American history began almost two years ago to the day, on June 16, 2015, with his announcement in New York that he was running for the Republican nomination for president of the United States. He was sworn in, in Washington, on the morning of Jan. 20, 2017.

The beginning of the end of the Trump era came barely 24 hours later.

On his first full day in office, Trump stood in front of an audience of operations officers, intelligence analysts, and other agency staff and officials gathered just inside the entrance of CIA headquarters in Langley, Va. Memorial Wall rose behind him.

Carved into the white marble of Memorial Wall is a star for each man and woman who has died in connection with his or her CIA service. As of May 24, Memorial Wall bore 125 stars and no names. A nearby Book of Honor holds the names of the dead whose identities were not or are no longer classified. The rest remain, necessarily, anonymous.

On Jan. 21, standing before this dignified, quiet shrine to people who lost their lives protecting American national security, Trump looked out at the CIA employees who had come to see and hear their new president and lied to their faces.

About two-thirds of the way through a typically jumbled Trump speech, he interrupted himself to explain why he was visiting the CIA on the first day of his presidency.

“The reason you’re my first stop is that, as you know, I have a running war with the media,” he said. “They are among the most dishonest human beings on earth. And they sort of made it sound like I had a feud with the intelligence community. And I just want to let you know, the reason you’re the No. 1 stop is exactly the opposite, exactly.”

The assembled public service intelligence professionals knew that news organizations had done no such thing. It was Trump himself who had spent the preceding months mocking, demeaning and insulting the competence and honesty of the nation’s intelligence services. The trail of evidence − speeches, debates, interviews, press conferences and early morning Twitter tweets − led directly back to his mouth and fingers.

Worst of all, Trump had dismissed − without fact, logic or even plausible guesswork to back him up − the unanimous assessments of all 17 agencies of America’s intelligence community as released in a broad statement on Oct. 7, 2016, and in more detail in a declassified version of a joint assessment by the CIA, FBI and National Security Agency made public on Jan. 6.

Taken together, these reports concluded that military and intelligence services of the Russian Federation, on orders from President Vladimir Putin, were conducting cyber warfare against the United States to disrupt the 2016 presidential election campaign and undermine Americans’  faith in democratic institutions. Gradually, the Russians’  “active measures” came to focus on damaging the candidacy of Democrat Hillary Clinton and assisting the candidacy of Republican Trump.

The CIA staff members − along with their brothers and sisters at 16 other intelligence agencies and military intelligence units and ordinary Americans who’d been paying attention − were well aware of these findings by the time Trump walked through the door at Langley. Some in the audience may even have helped collect and analyze the intelligence products underpinning the assessments.

Surely, they had to wonder: If Trump would lie so blatantly and so publicly to them about national security, to whom and about what would he not lie? And why would Trump seem to take Putin’s side in a dispute with the entire American intelligence community on a matter of such grave importance?

Yet that’s what he did last year in public comments on, among other dates, July 25, July 27 and Sept. 26, and this year on Jan. 4 and Jan. 11, when he likened U.S. intelligence agency tactics to those used in Nazi Germany. Since his inauguration, he has made similarly disparaging comments on, among other dates, Feb. 15, Feb. 16, Feb. 26, March 2, April 30 and throughout May.

In the Oval Office on May 10, in fact, Trump boasted to two visiting senior Russian officials about firing FBI Director James Comey to relieve himself of the pressure of the bureau’s counterintelligence investigation into Russia’s interference in the election and its criminal investigation of possible coordination between the Russians and members of the Trump campaign and transition teams.

But one week later, Deputy U.S. Attorney General Rod Rosenstein appointed Robert Mueller, a respected former director of the FBI, to serve as special counsel and take over both ongoing investigations. Trump’s baseless disdain for deeply serious reports of the intelligence community and lying to its people could hardly be more ill-advised.

Investigators, including those specializing in intelligence, pay close attention to people who give different answers to the same question over time. People like Trump.

It doesn’t end there. The possibility of witness tampering, for example, arises in accounts of encouraging comments Trump has made recently to former National Security Adviser Michael Flynn (“Stay strong”) and periodic consultant Roger Stone (“Good job”), both of whom are under scrutiny by investigators.

Attempted abuse of power might be associated with Trump’s efforts to get the NSA director, Adm. Michael Rogers, and Director of National Intelligence Dan Coats to publicly declare there was no cooperation between Russia and the Trump campaign, even though the FBI investigations are continuing. (Both men rejected Trump’s requests.)

Obstruction of justice is suggested by Trump’s firing of Comey, which was accompanied by three conflicting explanations, and by published accounts of law-enforcement-grade memos Comey is said to have written after previous encounters and talks he had with Trump. The content of those memos is likely to come up in Comey’s scheduled testimony Thursday (June 8) before the Senate Select Committee on Intelligence.

Other current and former Trump pezzonovante (as the Corleone family would call them) who reportedly have been noticed by investigators include Trump son-in-law and adviser Jared Kushner; Attorney General Jeff Sessions; former campaign chairman Paul Manafort; lawyer Michael Cohen; and advisers J.D. Gordon and Carter Page.

When all this ends —  not well for Trump — it will be an ending that began with Trump’s contemptible address at the CIA on Jan. 21.