The hidden hand of Iran in Gaza 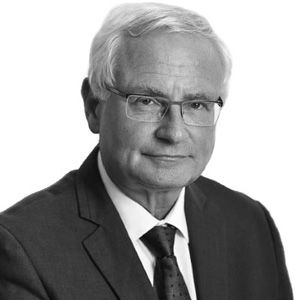 The mortar attacks and cross-border infiltrations from Gaza should serve as a reminder that Hamas may be in charge of the Gaza Strip, but it has a junior partner that is dangerous and capricious, and that it refuses to disarm: Islamic Jihad.

There is a reason for this. While Hamas is, generally speaking, in contact with Iran, it still operates independently. But Islamic Jihad works on Iran’s behalf and is largely an Iranian proxy.

Hamas has chosen not to take on Islamic Jihad so as not to exacerbate its already strained relationship with Iran, which stems from their differences over how to treat the regime of Syrian President Bashar Assad. This has led to a situation in which Islamic Jihad acts as an independent military force that does not report to Hamas and serves a foreign interest.

Hamas knows that allowing this may come with a steep price, as the “mini conflagrations” that preceded the 2014 Gaza conflict showed. Islamic Jihad is not an organic Palestinian organization; unlike Fatah in the days of PLO leader Yasser Arafat and unlike Hamas now, it never fought to maintain its istiklal al-karar (“the right to make its own decisions”).

Islamic Jihad is, for all intents and purposes, an extension of the Iranian regime and serves its interests.

Incidentally, this shows that the Iranian-led radical camp in the Middle East includes non-Shi’ites. There are virtually no Shi’ites among Palestinians; Islamic Jihad, like Hamas and Islamic State, is Sunni.

Iran has its own agenda. It finds it easier to exert pressure on Israel and threaten it without making Hezbollah, its proxy in Lebanon, enter the fray through another war with Israel. It also prefers to avoid another confrontation with Israel on the Syrian front, which cost it dearly several weeks ago. Iran has opted to capitalize on the Gaza flare-ups, which generate solidarity with the Palestinians on perceived humanitarian grounds.

By doing so, Iran is also signaling Hamas that it can use force to derail Israel-Hamas mediation efforts led by Egypt, Qatar and others. Israel does not seek an escalation, nor does it want to let Iran drag it into its irresponsible game.

But it is also important that Israel’s reactions make it clear to Hamas that letting Islamic Jihad trigger another widespread escalation does not serve its interests or its continued existence.