The growing illiberalism of liberalism 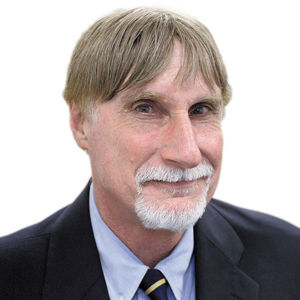 In my earlier life I was a liberal, drawn by liberalism’s traditional focus on individual liberty, open-mindedness and other such values. However, as I explained in my 2002 “Class Warfare” book: “All the while … as I was aging, I was becoming more and more alienated from the left. … It is not that I have abandoned liberalism. Rather, liberalism has abandoned me.”

That was 2002. The illiberalism of liberalism has only exacerbated since, today’s liberalism being unrecognizable from its roots.

A common narrative the liberal media promote these days is that President Donald Trump is an authoritarian, if not outright fascist. We hear speculation that he may refuse to leave the White House if defeated in November, that he has sent jackbooted armed troops into cities such as Portland, Oregon to impose law and order, that he is using executive orders to bypass Congress and that he exhibits other manifestations of dictatorship.

I am not a fan of Trump. However, I would argue that such characterizations of Trump are wildly exaggerated and, in any case, are surely no worse than the kind of illiberalism that the Democratic Party and its brand of liberalism now represent.

I am not just talking about Democratic proposals by Bernie Sanders, Alexandria Ocasio-Cortez and other high-profile party figures to triple the size of the federal budget, even though the growth of Big Government itself is a recipe for more, not less, regulation and coercion over how we live our lives.

No, I am more concerned about the threat to our most precious liberties, particularly free speech, posed by the Left not only through government restrictions (should the Democrats take control of both the executive and legislative branches) but also through the larger cultural institutions it already controls (academia, Hollywood, media and big tech).

There is no question that liberals now dominate the latter sectors of American society, from Ivy League professoriates to entertainment industry celebrities to most newsrooms to the corporate boards of Apple, Google, Twitter and Microsoft. And there is no question as well that these elites who shape our national conversations about race and all other matters have had a negative effect on free expression and tolerance for viewpoint diversity, manifested by their language policing related to “political correctness,” “speech codes,” “safe spaces,” “microaggressions,” “trigger warnings” and, most recently, the “cancel culture.”

Although right-wingers at times can be a source of curbs on free speech, the restrictions today are coming mostly from the left.

A new CATO Institute survey finds that “self-censorship is on the rise in the United States” as “nearly two-thirds – 63% – of Americans say the political climate these days prevents them from saying things they believe because others might find them offensive.”

Interestingly, only the far left feels comfortable expressing their views in the current environment. The CATO study says that “strong liberals stand out … as the only political group who feel they can express themselves.” A majority of centrist liberals (52%), moderates (64%) and especially conservatives (77%) feel they have to self-censor. In other words, it is not some alt-right fringe group that is being silenced, but a majority of the country.

Even thoughtful liberals such as Steven Pinker of Harvard have conceded there is a problem. He said at a talk he gave in St. Louis that academia’s obsession with diversity goes only so far, as universities typically “want students and faculty who look different but think alike,” that is, subscribe to liberal orthodoxy.

Pinker was among more than 150 prominent intellectuals (including J.K. Rowling, Gloria Steinem and Gerald Early) who signed “A Letter on Justice and Open Debate” that appeared in Harper’s Magazine on July 7, protesting that a well-intentioned call for racial and social justice has “intensified a new set of moral attitudes … that tend to weaken our norms of open debate and toleration of differences in favor of ideological conformity. … The free exchange of information and ideas, the lifeblood of a liberal society, is daily becoming more constricted.”

Among the signees of the letter was Bari Weiss, then an opinion writer for The New York Times, who subsequently resigned her position in protest of what she called the “new McCarthyism” at the paper that marginalizes anyone who dares to take a centrist or conservative viewpoint – for example, the backlash she experienced from co-workers in writing pro-Israel articles.

In her letter of resignation, Weiss blasted the Times for no longer honoring founder Adolph Ochs’ “famous 1896 statement: ‘to [provide] … a forum for the consideration of all questions of public importance, and to that end to invite intelligent discussion from all shades of opinion.’”

Weiss’s colleague at the Times, Bret Stephens, echoed her concerns in his June 12 op-ed, in which he lamented how the predominantly left-leaning newsroom was successful in forcing the resignation of the opinion editor who had published a piece by U.S. Sen. Tom Cotton, calling for federal troops to be used in cities experiencing violent protests.

Stephens wrote: “Tom Cotton speaks for a large part of this country. Will we not listen? … There is a ferocious intellectual intolerance sweeping the country and much of the journalistic establishment with it. Contrary opinions aren’t just wrong but unworthy of discussion.”

An average person must be wary today of uttering even the most seemingly innocuous phrase, such as “all lives matter,” lest he be called a racist or worse. Examples abound of restrictions on speech that can only be called insane. To cite just a few:

• Janet Napolitano, Secretary of Homeland Security in former President Barack Obama’s administration, who just stepped down as president of the University of California, instructed faculty to avoid making certain statements she considered to be microaggressions, which included, “I believe the most qualified person should get the job.”

• I attended a workshop at University of Missouri-St. Louis in which an education professor said one should never ask, “Where are you from?” when attempting to engage a stranger in conversation.

• A UCLA professor named William Peris was condemned by college administrators for reading to his class the Rev. Martin Luther King Jr.’s “Letter From a Birmingham Jail” during a lecture on racism because it included the n-word.

Such speech is considered unacceptable today. Yet one can say far more questionable, even outlandish, things if it has the imprimatur of the left.

There is no better example than the National Museum of African American History and Culture recently featuring on its website a “Whiteness” chart claiming that such values as “hard work is the key to success,” “self-reliance,” “be polite,” “emphasis on scientific method,” “objective, rational linear thinking” and the “nuclear family: father, mother, 2.3 children is the ideal social unit” exemplify white culture and supremacy and thus are racist.

As part of “cancel culture,” the left has been emboldened not only to take down (legally or illegally) statues of Columbus and others considered expressions of an evil past, but to eliminate even more recent institutions that were established precisely to promote a more just society. There is perhaps no more outlandish idea than that floated by New York Times classical music critic Anthony Tommasini (July 16), who argued for an end to “behind the curtain” blind auditions in hiring symphony musicians, because they have failed to produce enough diversity – never mind one cannot imagine a fairer selection process.

Are we allowed to say Tommasini’s argument is absurd? One can only hope liberalism recovers its senses.