The back stories behind the government’s ‘snooping’ on media 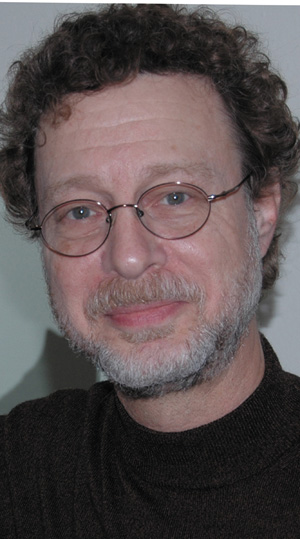 As a lifelong journalist and as an American, I don’t want the government — federal, state or local — snooping around in my stuff.

By “stuff,” I mean physical and electronic research files, landline and mobile calling logs, e-mails, text messages, meeting calendars, travel itineraries, etc., etc., etc. For me, that amounts to a fairly routine collection of information and records associated with my full-time or freelance work for the St. Louis Jewish Light, the St. Louis Post-Dispatch, New York Daily News, New York Times, National Public Radio and a smattering of other organizations.

But what really matters is the work materials of journalists overall, especially those pursuing important and elusive stories on consequential beats like national security. The exposure of hidden wrongdoing — the torture of prisoners and warrantless domestic wiretapping spring to mind -— often starts with inside sources who feel confident that reporters will keep their identities secret. Keeping those secrets becomes much more difficult if the government is free to snoop around in reporters’ stuff.

Notwithstanding that heartfelt defense of journalistic freedom from government intrusion, sometimes real-world situations play out in shades of gray, not black and white.

Because here are a couple of other things that I, still as a journalist and an American, also don’t want:

• I don’t want the leaders of Yemen-based al-Qaida in the Arabian Peninsula (AQAP) to know if U.S., British and Saudi Arabian intelligence services have managed to plant a spy close to AQAP leadership.

• And I don’t want the government of North Korea to know if the CIA has developed a productive intelligence source inside that all-but impenetrable, bellicose, nuclear-armed state.

Thanks to a story by James Rosen, a Fox News correspondent then working out of the State Department in Washington, the world learned on June 11, 2009 that the CIA was getting information from a source or sources inside North Korea.

And thanks to a detailed report distributed by the Associated Press on May 7, 2012, the world was told that the CIA had disrupted an AQAP plot to blow up a passenger plane over the United States. The FBI had the explosive device, the AP said, but the whereabouts of the would-be bomber were unclear.

The AP story provoked instant reaction from U.S. officials and competing news outlets, and within 24 hours there was an even more problematic revelation: The plot wasn’t a plot, and the bomber wasn’t a bomber. The plot was a Saudi-British-U.S. intelligence scam. The bomber was a Saudi spy who had penetrated AQAP and volunteered for the suicide mission. That’s how he got the sophisticated new version of a metal-free explosive meant to be concealed in underwear.

In both instances, people entrusted with highly classified information illegally leaked it to journalists. Journalists dug into the information, added to it and produced stories that were reviewed and approved by editors and news executives and subsequently released to the public.

If anything, both leaks may have damaged U.S. security. In the wake of the North Korea story, for example, it seems likely that that deeply paranoid government hunted for and disabled the CIA source -— whether human or electronic — referenced in the Fox News story.

The consequences of the AP story may be clearer: While the AP held its story for several days at CIA request, the intelligence agencies apparently withdrew the spy and his family to safety. They had used his information before and had hoped — wishful thinking perhaps — to use him again after the bomb sting. One potential operation may have been the elimination of AQAP’s formidable bomb designer, Ibrahim Hassan al-Asiri. Instead, it was the mole’s presence that was eliminated.

The U.S. Department of Justice launched leak investigations almost immediately to identify which government employees leaked the classified information, develop evidence of that would stand up in court, prosecute the cases and discourage future leaks.

But in recent weeks, the investigations have become the focus of furious protests by news organizations. The government, it turned out, had secretly been snooping around in journalists’ stuff.

Months into the AQAP leak investigation — after reviewing thousands of documents and interviewing more than 500 people — government agents served phone companies with a subpoena and got calling logs covering parts of a two-month period for work and personal phone numbers used by the five AP reporters and one editor who worked on the story.

In neither case did the Justice Department first tell reporters or their employers what it was after, as required by department rules for investigations involving journalists. Instead, investigators invoked a permissible exception to the rules, saying advance notification risked compromising their work.

Courageous leakers know they take risks when they tell journalists about official misconduct or illegality, and honest journalists who promise to do everything possible to protect sources also admit that they cannot guarantee it will be enough.

One thing the Justice Department needs to make right, however, is having described Fox’s James Rosen as “an aider and abettor and/or co-conspirator”— that is, as a criminal.

No journalist or news organization has ever been prosecuted for publishing classified information, and the Justice Department has made it clear it has no interest in prosecuting Rosen or any other journalist. Yet an FBI agent’s affidavit accompanying a search warrant application called Rosen a criminal, apparently to satisfy a requirement of the Privacy Protection Act (42 USC 2000aa).

If the Justice Department does nothing else as it tries to repair its relations with news organizations, it must disavow that outrageous language.