Strength, progress is in our diversity 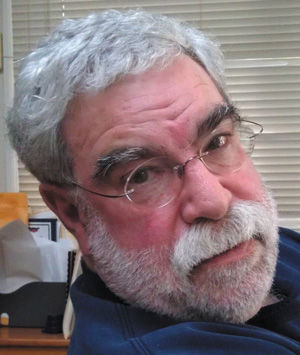 Repps Hudson is an adjunct instructor and freelance journalist who lives in University City.

Several evenings ago, my wife and I were driving an older friend home from a birthday dinner. As we started out, I mentioned that the Trump election was quite a surprise.

The woman, who’s been a family friend for many decades, said she has never feared anti-Semitism before. Now she’s no longer sure.

“When I was growing up, I knew there were places we weren’t supposed to go, but that didn’t affect me,” she said. “Now I don’t know what will happen.”

While President-elect Donald Trump’s stunning appointment of Steve Bannon of Breitbart as chief White House political strategist is deeply troubling to many for what it may signify after a deeply divisive campaign, I think many of us Americans have moved way past the divisions Trump exploited during the campaign.

Just look around. We go to work, to school, to the gym, to dinner and the movies and theater with all kinds of people and think little of it — at least until recently. Now, we may ask after Election Day, what do we do?

I say we continue as we have, but we should speak out more, reaffirm our relationships beyond people much like ourselves. We should show how much we value such relationships and tolerance.

My wife likes to say, in our home, we are all typical Americans. In my immediate family, we have Jews, a lapsed Catholic, Latins from Cuba who are Republicans and Democrats, Asians, a gay and a lesbian and so on.

My ancestors go back to the mid-18th century and include persecuted French Huguenots. I grew up on a farm in western Missouri and converted to Judaism more than 30 years ago.

Our extended family includes fundamentalist Christians, immigrants from Asia and Africa, refugees from Communism and, if we draw our circle widely enough, a wonderful man from Qatar who walks with the help of crutches. Family reunions and seders can be quite interesting.

We don’t label, and we don’t care about labels. We enjoy each for his or her own gifts of their lives.

Many of us know, work with, are friends with and enjoy the company of Americans quite unlike ourselves on the surface. We value their company, their spirit, their observations and outlook on life.

In the 50 years I have been an adult, this country has gone through monumental changes. I find it hard to fault a single one of them, from the civil rights movement to affirmative action to marriage between a man and a man or a woman and a woman and the practice of accommodating the disabled as well as veterans of all wars. We have all become more aware of each other in positive ways.

In short, we Americans, day by day, are learning the intricacies of learning to live together, to create a multicultural society unlike any other in the world today and perhaps all of history.

We should be very proud and very unafraid of the fine work many of us have done over the decades.

One woman we know — not Jewish, by the way — explained part of her support for Trump by asking who is taking care of white people these days.

I wasn’t present when she asked that, but had I been, I would have asked why she thinks America is a zero-sum game.

If African-Americans and Latinos and Muslims are successful today, doesn’t that make our society and economy that much stronger? Aren’t we richer at work and at school and at play when we accept and value one another?

Isn’t this the multiplier effect? We all benefit when others unlike us do well.

Yet it’s obvious Trump tapped into a deep pool of resentment across America. Now many of those resentful people feel victorious and entitled to speak their minds, sometimes quite harshly, against Jews, African-Americans, Latins, immigrants and so on.

A case in point is a conference held in Washington over the weekend at which Richard Spencer, an avowed white separatist, spoke and won the audience of mostly young white men with neo-Nazi slogans. The conference is but the latest example of these alarming demonstrations about our society in the public forum.

On Monday, The New York Times reported: Spencer “… railed against Jews and, with a smile, quoted Nazi propaganda in the original German. America, he said, belonged to white people, whom he called the ‘children of the sun,’ a race of conquerors and creators who had been marginalized but now, in the era of President-elect Donald J. Trump, were ‘awakening to their own identity.’ ”

Many of us are watching to see when – or if – the president-elect will condemn such intolerant talk, and what kind of talk and action will he allow in his administration.

Much is happening today that was unseemly, rude, hostile and deeply frightening just three weeks ago. That may explain why so many people I know tell me they have found themselves crying inexplicably, particularly right after the Nov. 8 results became known.

Many of our friends know and like and invite into their homes people they respect and like who are different than they are.

Perhaps Spencer and his followers would say this is unnatural.

I would counter that this unselfconscious inclusiveness is inevitable if we are to hold together as a society and a country. Really, we have no choice if we want to preserve our way of life.

I see this where I teach, where I work out in University City, where we go for dinner and even at services at Kol Rinah. It seems to be the norm in many parts of the country, but clearly not all.

Many of us may have struggled in our own ways to overcome our differences and learn more about others so that we can accept them and they us, but we are getting there.

This election may be a big bump in the road, but look at all the ways in which we are trying to make America work in the 21st century. The Witnessing Whiteness groups at some shuls are but one example.

I just signed up my wife, our two college-age children and myself for the Jewish-Muslim Day of Service for the fourth year in a row. Isn’t that an example of what I am thinking about?

I cannot wait for Christmas Day to roll around, just to renew our acquaintances from years past.

This working together to do charitable deeds, I think, is one small but significant way to fight back and reaffirm our commitment to this promising society we can become.

And I want that dear family friend who fears the rise of an anti-Semitism she has never experienced to continue living as safely and happily as she has for a long time.