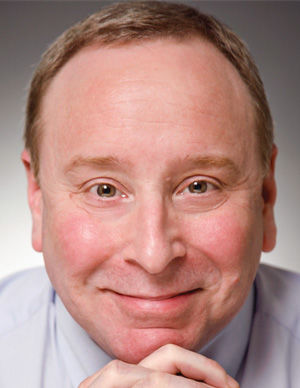 Yair Lapid is the current favorite to become prime minister the next time the Israeli people go to the polls to elect a new Knesset, at some point in the not-too-distant future. But whether or not the former television star who leads the centrist Yesh Atid party winds up succeeding Prime Minister Benjamin Netanyahu, he has already done something that ought to influence international opinion about the Middle East conflict. The only question is whether those determined to impose their will on the Jewish State will listen.

Last weekend, Lapid made it clear that his effort to unseat Netanyahu will be conducted on a platform that will be remarkably similar to that of the prime minister. As Haaretz reported, Lapid said any negotiations with the Palestinians would need to be conducted “in very slow stages.” How slow a process does Lapid envision? His answer is that it will take “15-20 years, the main element of which is security arrangements.”

Why so slow when so many of his country’s critics, as well as its left-wing political parties and former generals who are Netanyahu critics, claim it is a matter of urgency to withdraw from the West Bank as soon as possible? His answer is succinct: “I don’t believe the Palestinians.”

His stance is also similar to that of the current titular head of the opposition in the current Knesset—Isaac Herzog, leader of the Zionist Union party. Herzog issued his own peace plan last month in which he asserted that peace would have to wait until at least 10 years passed, during which the Palestinians would need to completely refrain from anti-Israel terror.

This means both the current head of the opposition to Netanyahu and the man who has the best chance to beat him actually largely agree with the prime minister on the one issue for which Israel’s critics are most desirous of a policy change. Rather than advocate a surrender of the disputed territories in order to create a Palestinian state as soon as possible, they agree peace is nowhere in sight. Their reason is that Palestinian intentions toward Israel are such that all Israel would be doing is attempting to trade land for terror, rather than the peace that was sought. In a remarkable demonstration of a broad consensus, Netanyahu, Herzog and Lapid all understand that until a sea change occurs within their political culture that will render peace acceptable to most Palestinians, Israel has no alternative but to hold its ground.

This explodes the notion that Israel is split down the middle on the peace process. That was true until Palestinian terror blew up the Oslo agreements, as the carnage of the second intifada convinced most Israelis that their high hopes for obtaining peace had been a cruel deception. Since then, the Israeli left has been marginalized.

It’s possible that Lapid is attempting to deceive the Israeli public and would behave differently if he won. Lapid’s chief foreign policy advisers are left-wingers and may believe their candidate is only saying what he must to get elected. But even if that is true, Lapid’s determination not to let himself be portrayed as soft is significant because it shows he understands that winning an Israeli election will require a realistic stance on peace.

The majority of Israelis, including some who vote for the ruling Likud Party, would be happy if a two-state solution were possible. Most would probably embrace painful territorial sacrifices resulting in the uprooting of some settlements if they thought it was the required price for actually ending the conflict. But after the last quarter century, during which the Palestinians have repeatedly demonstrated their unwillingness to recognize the legitimacy of a Jewish state no matter where its borders might be drawn, they understand that the kind of withdrawal favored by former President Barack Obama and other Israel critics makes no sense. They have no appetite for a West Bank replication of the Hamas-ruled Palestinian state in all but name in Gaza.

Israel’s critics should pay attention to what Lapid said because it demonstrates that there is a consensus about peace and territorial withdrawal. Those who ignore this consensus are seeking to overthrow the verdict of democracy, and forgetting that the Israeli electorate has a much firmer grasp of the security situation than that of foreign kibitzers who want peace now.