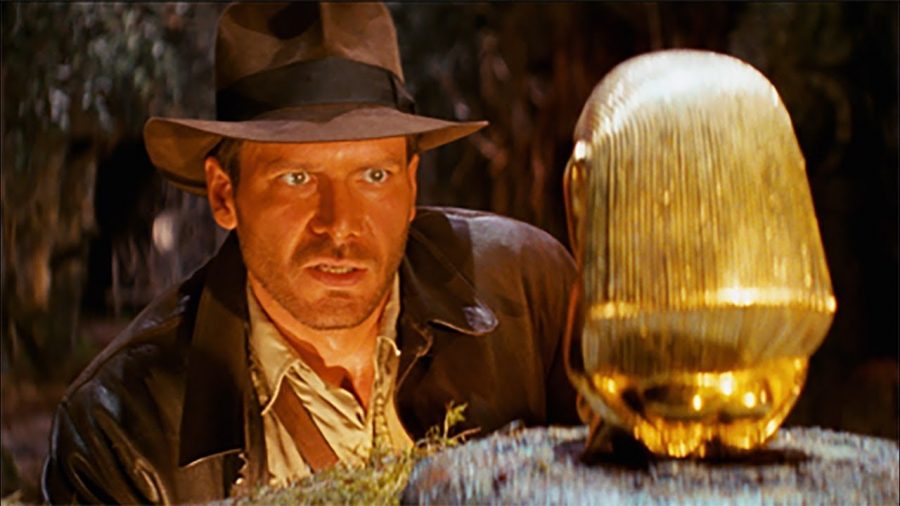 When it comes to general movie fans, Steven Spielberg’s name brings out a few different film classics: “E.T. the Extra-Terrestrial,” “Saving Private Ryan,” and “Jurassic Park.” Maybe a few others. But they often forget about gems such as “Catch Me If You Can,” “Munich,” “The Post,” and “Bridge of Spies.” While he’s created a full day of great cinema with Tom Hanks, he made a film with a much-younger Harrison Ford called “Raiders of the Lost Ark,” a film that spawned a few sequels. It turned 40 this week, just as the new “Indiana Jones” film begins filming.

It had all the Spielberg trimmings included: John Williams on the score, George Lucas with the story, and Lawrence Kasdan with the screenplay. It was made for just $20 million (decent budget back then) while smashing the box office with over $389 million grossed. It wasn’t just a story of an archeologist battling Nazis for ancient treasure in order to prevent world domination; it was one guy who was terrified of snakes with an ex-girlfriend on his back constantly trying to keep his fedora nice and straight for two hours. Classic Ford movie star glory, which makes the new movie a high wire act of trepidation. After “Crystal Skull” nonsense, do we really need more Indy?

One reason would be Spielberg stepping away from the camera to let James Mangold (one word, “Logan”) take over. Hopefully, there’s good reason to watch Ford and his six stunt doubles do battle with whoever is preventing Mr. Jones from taking a shower for the entire course of the action-adventure film. However, a cast including the likes of Mads Mikkelsen, Phoebe Waller-Bridge, and Boyd Holbrook does produce some hope for “Indiana Jones 5,” which hits theaters on July 28, 2022.

In the meantime, check out the other films in the series since there are about 13 months and change before the new flick arrives. For my money, you can’t appreciate “The Last Crusade” enough due to the invaluable presence of Sean Connery shouting “JUNIOR!” every few minutes. While the original and “Temple of Doom” are fabulous adventure odysseys, that father-son reconciliation was extremely well done. Watching those movies today, you realize just how much lightning that Spielberg could catch in a bottle during his career. His films always carried a historic, epic feel to their experience-something most filmmakers struggle to capture in one or two films.

Indeed, one of the most impossible tasks for any film critic is coming up with a definitive top ten Spielberg film list. With so many classics packed into a single career, what could possibly be left out? Next week, I will take my best shot at it and present to Jewish Light readers my top ten Spielberg films.

Until then, enjoy a little “Raiders of the Lost Ark” this weekend. Time defeats many things, but it still hasn’t found a way to knock down a Steven Spielberg cinematic event, even four decades later. Heck, I was born less than a year later after this film was released! And with that final reveal, enough has been said this week from my corner of St. Louis cyberspace. So long until Monday.