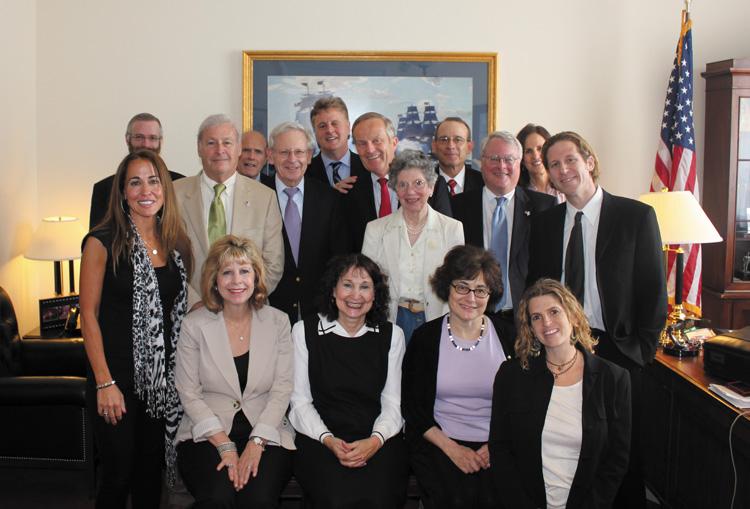 That was the 2011 Policy Conference of the American Israel Public Affairs Committee (AIPAC), the grassroots group that lobbies Congress for a strong U.S.-Israel relationship.

For three days, we listened to speeches by President Barack Obama, Israeli Prime Minister Benjamin Netanyahu, and top Republicans and Democrats on Capitol Hill. We attended smaller sessions with leading scholars, journalists and government officials, like Middle East analyst and St. Louis native David Makovsky, Jerusalem Post Editor-in-Chief David Horovitz, and Israeli opposition leader Tzipi Livni. And we were introduced to more than 200 college student government presidents, pro-Israel activists all, even the one from left-wing UC-Berkeley.

We were assured over and over how important it was that we were there, adding our voices in support of Israel at a time when many people across the world are doing their best to delegitimize that tiny country.

The proof that our work was important came when we went to Capitol Hill to lobby our senators and representatives. The two political parties hardly seem to be able to agree on the time of day; but they are united about Israel. As we have been told over and over again, they depend on AIPAC for accurate information and education.

This year, we asked members of Congress to support three initiatives: $3.075 billion in military assistance to Israel for 2012, a Congressional resolution to impose tougher sanctions on Iran, and a resolution asking the Obama administration to oppose a unilateral Palestinian declaration of statehood and to cut off aid to the Palestinian Authority if it includes unreformed Hamas members in its government.

Probably the most important issue of the three was the request for military aid in this time of belt-tightening budgets. This assistance is vital for Israel’s security. Moreover, for Congress to support anything less than the full commitment would create the impression of weakened American support for Israel and send the wrong message to Israel’s enemies.

During our lobbying sessions, we received assurances of support from both Missouri senators and all our local representatives, not just for the military assistance, but for all the measures. At a time when Israel’s very existence is threatened from many directions, we should be pleased that we are represented by such stalwart supporters of the Jewish State.

And the St. Louis delegates should be pleased with themselves as well. To paraphrase what an Israeli rabbi asked us at one session, what will we tell our grandchildren that we did to help Israel survive? What will our descendants think of us if we don’t do enough?

The 33 St. Louisans who attended the AIPAC conference know how to answer that question.

Rick Cornfeld of Creve Coeur is a member of the AIPAC National Council.