Soul mate may not match preconceptions 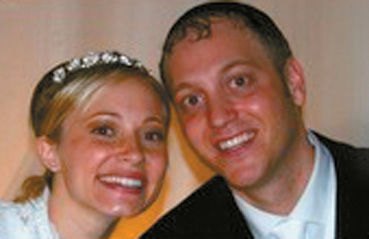 Soul mate may not match preconceptions

“I thought I knew my type,” says Talia. “Truthfully, we never know our type until we meet him.”

In his column for aish.com, “The Dating Guy, My Last Blind Date,” Richard tells the story of how he met Talia. He went to Edmonton, Canada, for a cousin’s wedding and spent Shabbat with a rabbi who suggested he get in touch with a girl he knew in Toronto, named Talia, who had studied sign language in Edmonton.

Within 24 hours, the girl’s name came up again. Richard writes: “Upon arriving in my apartment, I turned on my computer and saw an e-mail from my friend Malkie (a part-time shadchan or matchmaker) who wanted to set me up with some girl named Talia who was a sign language interpreter.”

Intrigued, Richard called Talia and she agreed to meet him. But he was nervous. “How much did I actually know about this girl? Come to think of it — not much. I didn’t even know what she looked like — which for some guys can be, let’s admit it, the main concern,” he relates.

So he pushed his friend Malkie about the girl’s looks and she said: “Well, she actually looks a bit like you.”

Richard says he approached Talia’s door with the classic last-second terror of a blind date.

“If the girls opens the door and looks like a linebacker, say you are collecting money for the local Hare Krishna, get the door slammed in your face and run like the wind.”

Talia opened the door and she was, says Richard, “Beautiful.”

They went to a piano bar and had what Richard calls “the best (and thankfully last) first date of my life.” He discovered that Talia was “caring and warm and generous and thoughtful and fun. We shared common values and goals, both spiritual and otherwise and just enjoyed spending time together. After the first date, I knew that Talia was the one for me.”

It took Talia a bit longer.

After their first date, Talia knew that she enjoyed Richard’s sense of humor and she appreciated his many other qualities. But he was a blond, and that was problematic. Her mom encouraged her to try a second date with Richard. Six months later, Richard and Talia became engaged. The moral of the story? Listen to your mom.

Richard makes another observation: “It’s OK to be picky when you are searching for your soul mate. But one must be picky about the right things. One inch here or there should not be a deal-breaker.”

Rabbi Josh Boretsky, a friend of Richard and executive director of The Jerusalem Kollel, notes that the bringing together of two people in marriage is considered more difficult than was God’s splitting of the Red Sea.

“It’s hard keeping your spirits up while going through the seemingly never-ending journey of dating,” says Richard. “But you have to continue believing that your soul mate is out there somewhere, because that really is the case! It’s just a matter of time before you find each other. If I didn’t believe that, I never would have found Talia, my soul mate.”