Retirement/aging according to Will Rogers 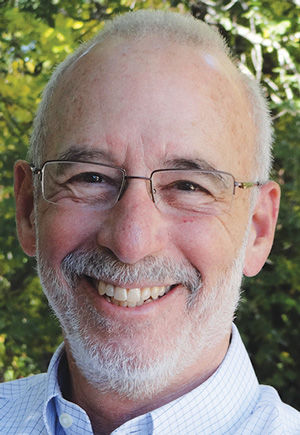 Alan Spector is the author of five books and is working on books six and seven. His latest is “Body Not Recovered: A Vietnam War/Protest Movement Novel.” Spector also writes the stljewishlight.com blog “Retirement According to … Alan Spector.”

Recently, the following two things happened to me on the same day.  I celebrated the 15-year anniversary of my retirement, and I received a note from a cousin listing some of the things that Will Rogers, the great American humorist, said about growing older.

As I read Rogers’ quotes, I found myself being able to relate to them, some more than others.  Try a few on for size—do they fit?

“Some people try to turn back their odometers.  Not me.  I want people to know why I look this way.  I’ve traveled a long way, and some of the roads weren’t paved.”

“When you are dissatisfied and would like to go back to your youth, think of algebra…”

“One of the many things no one tells you about ageing is that it’s such a nice change from being young.”

Can you relate yet?  So how old are you anyway?  Time to throw in a Satchell Page quote in his vernacular, “How old would you be if you didn’t know how old you was?”

Back to Will Rogers, “Eventually you will reach a point when you stop lying about your age and start bragging about it.”

“The older you get, the fewer things seem worth waiting in line for.”

Here’s one that those who are spending their retirement time in a certain way might be able to relate to, “Long ago, when men cursed and beat the ground with sticks, it was called witchcraft.  Today, it’s called golf.”

And a Rogers quote that may capture ageing the best, “One must wait until evening to see how splendid the day has been.”

So, thank you Mr. Rogers for helping me celebrate my retirement anniversary.

And by the way, if you’re ever near Claremore, Okla., take some time to visit the Will Rogers Memorial.  He was a special man, and we could use a few like him today.