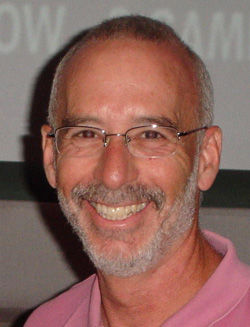 Alan Spector is an author, business consultant, baseball player, traveler, and grandfather.  He has authored four published books, including, with coauthor Keith Lawrence, Your Retirement Quest: 10 Secrets for Creating and Living a Fulfilling Retirement (www.YourRetirementQuest.com).  Alan and Keith conduct workshops across the country helping prospective and current retirees plan the non-financial aspects of their retirement—to make the rest of their lives the best of their lives.

Imagine you are approaching your 90th birthday.  What else might be on your list of recent and upcoming activities?

When I interviewed Vivian Kline in 2009 as part of the research for our book, Your Retirement Quest, she was “only” 84.  When coauthor Keith Lawrence and I featured her in the book, we wrote, “Vivian remains vibrant, vital, interesting, interested, and involved.  She plays tennis year-round, travels to visit family on both coasts, has replaced her creative enameling with a new-found passion for writing poetry, continues to actively support her candidates and causes, and is a member of a writer’s group that meets every Monday morning.”

We included her in the chapter that described how “Growth,” keeping intellectually stimulated, is one of the 10 key elements of a fulfilling retirement.  Vivian was a great role model then, and she still is today.  Her “biggish,” as she describes it, 90th birthday party is planned for July.

Shortly after our book was published, Vivian completed and published her first book, Let Freedom Sing; a 19th Century Novel or Could it be a Musical?  She is now collaborating to actually turn her book into a musical, one that honors the Fisk University singers, about which the novel is written.

Only last year, Vivian published There Once Was a Little Old Lady, her book comprised of 57 short self-illustrated pieces.  By the way, if you want to purchase the book, Vivian donates all of the proceeds to the “Free Store,” a much-needed food bank.

As if all that weren’t enough, Vivian continues as an active member of her weekly writer’s group and in June, is heading for a five-day writer’s workshop in Iowa.

We don’t all need to be writing books to stay intellectually stimulated—there are many other things we can do, both big and small.  Take a class; commit to a significant new volunteering project; next time you drive home from the grocery store, take a different route; brush your teeth with the opposite hand—anything that sends your brain into new territory will work.

Is Vivian Kline, at 90 years old, staying intellectually stimulated?  You bet she is!  Are you?