Religious liberty: What does it mean? 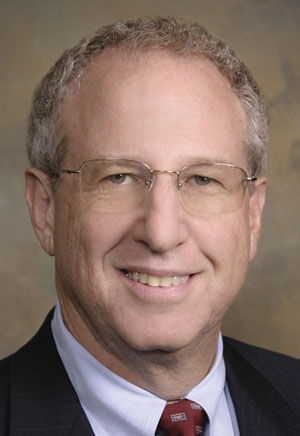 Gerry Greiman is a local attorney and Board Chair of Jewish Federation St. Louis.

We hear a lot about “religious liberty” these days.  But what does it really mean?

No one should care more about protecting the right to freely practice one’s religion than Jews. After all, we were denied the right to do so for centuries and have been persecuted and murdered en masse solely because of our religious identity.

However, these days, the concept of “religious liberty” has evolved from being concerned with an individual’s beliefs and personal practices to being weaponized by some in an effort to foist their religious beliefs on others.  Let me elaborate.

In 1960, as the United States was facing the prospect of electing its first Catholic president, John F. Kennedy, the question arose, would he take direction from the Pope?  Kennedy’s response was to make clear he would not.  In a speech in Houston to a group of Protestant ministers, Kennedy said, “I believe in an America … where no public official either requests or accepts instructions on public policy from the Pope, the National Council of Churches or any other ecclesiastical source; where no religious body seeks to impose its will directly or indirectly upon the general populace or the public acts of its officials.”

But, fast forward to today, and we have many religious prelates telling members of their faith who are public officials that they had better adhere to religious doctrine in performing their public duties, upon pain of being denied the sacraments of their faith if they fail to do so.

As another example, in 1982, in the case of United States v. Lee, an Amish farmer and carpenter, who employed other Amish workers, asserted that requiring him to pay social security taxes violated his religious liberty because the Amish believe it sinful not to provide for their own elderly and, accordingly, are religiously opposed to the national social security system.  The U.S. Supreme Court rejected that claim, holding, “To maintain an organized society that guarantees religious freedom to a great variety of faiths requires that some religious practices yield to the common good.”

Today, however, the trend in the law is to accept at face value almost any religious claim, no matter how far-fetched, and put the government to extremely tough tests to justify any infringement of a “sincere” religious belief.  Thus, in the Hobby Lobby case, the Supreme Court upheld a claim by owners of two for-profit businesses that the legal requirement to include contraceptive coverage in their employee health plans would violate their religious liberty by making them complicit in the sin of birth control.

This trend raises the specter that adherents to certain religious beliefs may seek to impose those beliefs on others who may not share them, and that unfettered religious liberty may lead to anarchy in various aspects of our civil society and economy.  An example of this is so-called conscience laws, which allow persons providing services to the public to withhold those services where providing them would offend their religious beliefs, e.g., a baker refusing to provide a wedding cake for a same-sex wedding celebration, or a pharmacist refusing to dispense a morning after pill on the premise that it essentially effects an abortion.

Are we now heading towards a society in which Christian Scientists may become paramedics but refuse, in the name of religious liberty, to provide emergency medical care to persons in dire need of such care?  Are we moving in the direction of reversing decades of civil rights decisions barring racial discrimination in employment and public accommodations, on the premise that if it offends someone’s religious beliefs to hire or serve members of a particular race, the right to discriminate on that basis is legally protected?

In my view, there are certain principles everyone must abide by as a social compact, as the price of having a workable and orderly society, which may involve some compromises of absolute religious rights.  Justice Anton Scalia said, in Employment Division v. Smith, that religious beliefs should not relieve individuals from having to comply with general laws not aimed at the promotion or restriction of religious beliefs, because “to permit this would be to make the professed doctrines of religious belief superior to the law of the land, and in effect to permit every citizen to become a law unto himself.”

To me, religious liberty ought to involve what individuals are free to believe and do for themselves, not what they may impose upon others.  We would do well to confine the concept of religious liberty to an individual’s beliefs and practices that don’t impact others or involve non-compliance with generally applicable laws.  Religion belongs not in the public square but in churches, synagogues, mosques, temples and people’s hearts, minds and homes.

Gerry Greiman is a lawyer with Spencer Fane LLP, a past Jewish Federation of St. Louis Board Chair, and a past President of the Jewish Community Relations Council.