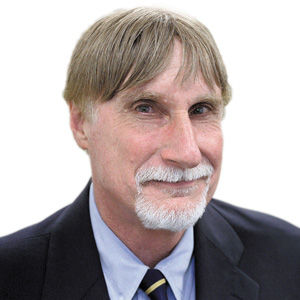 The question that seemed to preoccupy much of the media leading up to the November midterm elections was whether the Democratic Party would achieve a major victory in regaining power in Washington from the Republicans, the anticipation being that congressional races would see many red (GOP dominated) states turn blue (Democratic).

The actual result was somewhere between a “blue puddle” and a “blue wave.” Yes, the Democrats did achieve a net gain of 40 seats in the House of Representatives, restoring their majority control of that body.

However, that was hardly earth shattering, as virtually every midterm election in memory has resulted in a sizable loss of seats in Congress for the party that had just won the presidency. Indeed, in 2010, after President Barack Obama’s 2008 victory, the Democrats suffered a far greater defeat, losing 63 seats in the House.

Moreover, despite the heavy criticism of Donald Trump’s leadership in the White House, Republicans in the 2018 midterms increased their majority control of the Senate, gaining two seats.

Regardless of how one wishes to interpret the outcome of the midterm horse race, the far more important question is: What are the implications for improving the governance of the country?

Divided government can work, but only if the two parties are capable of working together and compromising on much needed legislation on health care, immigration, infrastructure spending and other important public policy matters. Unfortunately, there is little evidence that either party is capable of civility and adult behavior.

In the past, there has been frequent criticism of our two-party system typically offering little choice, with the Democrats and Republicans often resembling Tweedledee and Tweedledum. However, there is now an opposite problem: widening polarization, with each party tending to play to its extreme base.

The Republicans under Trump constantly have been portrayed as in bed with the “alt right,” stoking hatred against blacks, Muslims, Jews and other minorities. Even if such criticism has been exaggerated, which I happen to think is the case, the Republican leadership in the executive and legislative branches has demonstrated little willingness to compromise across the aisle on most issues. Trump’s tweets, in particular, are reckless and almost always confrontational.

Meanwhile, the Democrats invite criticism, as many members of the so-called Resistance have aligned with, or at least not repudiated, what could be called the “alt left” (anti-fascist  hoodlums, Black Lives Matter militants and radical socialists), who stoke hatred as much as the other party.

Hillary Clinton has never apologized for calling half of Trump supporters “a basket of deplorables” during her presidential campaign (she said she regretted saying “half,” but did not offer an apology). Sen. Kamala Harris of California, a possible 2020 presidential candidate, recently equated ICE (Immigration, Customs, Enforcement) border security agents with the Ku Klux Klan and continues to throw police under the bus. U.S. Rep. Maxine Waters, also of California, has urged disrupting the lives of Republicans in restaurants and other public places and even in their homes. Activist Tamika Mallory, a BLM advocate and co-chair of the Women’s March, has called Louis Farrakhan — a world-class bigot and anti-Semite — “the greatest of all time.”

The Democrats are more obsessed with “identity politics” than the Republicans, endlessly attacking “white privilege” and “toxic masculinity” and in the process promoting negative stereotypes of whites and men. How is that not racism and sexism?

While Trump has been called authoritarian, Sen. Bernie Sanders, I-Vt., along with U.S. Rep.-elect Alexandria Ocasio-Cortez of New York, a rising Democratic star, are self-described democratic socialists, calling for a massive increase in the size of government, hardly a recipe for anti-authoritarianism.

It is laughable how each side fails to see how they mirror each other’s bad behavior. The latest example is the Democrats condemning Florida Republican governor and U.S. Sen.-elect Rick Scott for undermining the legitimacy of the electoral process by claiming voter fraud in his race against Bill Nelson, while Democrats such as Hillary Clinton and Sen. Sherrod Brown of Ohio claimed that Stacey Abrams had the governor’s race in Georgia “stolen” from her by her opponent. Abrams herself has refused to acknowledge Brian Kemp as the “legitimate” winner.

This, of course, is on the heels of the Democrats loudly criticizing Trump during the 2016 presidential campaign when he hinted that he might not respect the outcome of the election if he felt there was voter fraud, yet spending the past two years questioning the legitimacy of his presidency and conducting a witch hunt trying to link him to Russian collusion.

The two sides cannot even agree on the most basic values. When Trump calls himself a nationalist, it should be obvious he is channeling the definition of nationalism inthe Merriam-WebsterDictionary: “loyalty and devotion to a nation.”

Instead, the left presumes he said “white nationalist,” which of course he did not say. The reality is that many on the left see nationalism — or patriotism — as antithetical to globalization and have devalued national identity, which is one thing that Trump tapped into in 2016 that helped get him elected.

The left also devalues the national interest when it incessantly calls for Trump’s administration to distance itself from Saudi Arabia, a key ally in the Middle East, over the murder of dissident journalist Jamal Khashoggi in Turkey. Never mind that those same voices raised no concerns about human rights when President Obama cut a questionable nuclear arms deal with Iran, a regime that brutalizes its own people and has killed thousands worldwide as a leading state sponsor of terrorism.

Neither side gets foreign policy right. If the Democrats are weak on national defense and increasingly ambivalent toward Israel, Trump wrongly sees international relations as a zero-sum game rather than one in which the United States has mutual interests with other states in strengthening the rule of law and developing better functioning multilateral institutions.

There should be a way to reconcile nationalism (or patriotism) and globalism, as well as reconcile liberal and conservative differences on immigration, health care, gun control and many other issues in ways that will lower the temperature, move the country forward and solve problems.

However, until each side recognizes they are part of the problem, they will deserve to hear “a plague on both your houses.”

J. Martin Rochester, Curators’ Teaching Professor of Political Science at the University of Missouri-St. Louis, is author of 10 books on international and

American politics, including his latest: “New Warfare: Rethinking Rules for An Unruly World.”