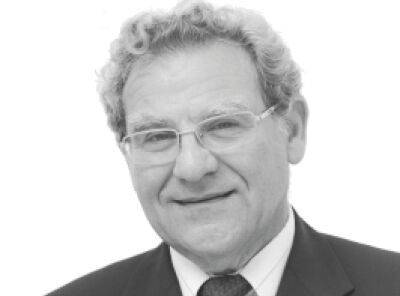 Professor Efraim Inbar is president of the Jerusalem Institute for Strategy and Security. This commentary first appeared in Israel Hayom.

Twenty-five years after Yitzhak Rabin’s murder and still, the debate about his legacy heats up every year as the date of his memorial ceremony approaches.

A few object to the statement that the Oslo process failed because the Palestinian national movement was not ready for a historic compromise with the Zionist movement. Prior to Rabin’s death, that realization appeared to be sinking in, and there is some evidence that he wanted to put an end to the process, about which he had mixed feelings. Nevertheless, the stain of Oslo stuck to Rabin, mostly because of the need to use his image to secure legitimacy to continue the process. In retrospect, it’s possible that it was necessary to carry out the experiment that Rabin backed, and pay a heavy price for doing so, in order to reach national consensus that in this generation, we have no Palestinian partner.

Rabin was ready for a territorial compromise with the Palestinians, but he certainly was not willing to pull back to the 1967 borders and definitely never considered ceding any territory within the Green Line. He insisted on the need for defensible borders, and in his last speech to the Knesset, on Oct. 5, 1995, he laid out his territorial vision: A secure border that would protect Israel in the Jordan Valley, in the broadest sense of that term, and changes that would make Gush Etzion, Efrat, Betar and other settlements to the east of what was the Green Line before the Six-Day War part of Israel. Of course, a united Jerusalem was part of the map he sketched out.

His words fit in wonderfully with the Israeli consensus today.

Rabin was very aware of the violent rules of the game in the region. The skepticism and caution that characterized his path eventually overcame the excitement of some of the writers of his speeches about peace. Rabin understood that Israel would need to live by the sword for many more years, and often stressed that despite the peace agreements with its neighbors, Israel would need to continue to make careful use of military force to strike or deter its enemies.

Israelis loved Rabin and put their trust in him mostly because of his defense background and his personal qualities, which embodied the native-born Israeli: honest, direct and sometimes rough. For most Israelis, Rabin was not “Mr. Peace” or “Mr. Democracy,” but “Mr. Security.” His achievements in that field were impressive. Rabin, who served as Israel Defense Forces chief of staff during the 1967 Six-Day War, built the IDF into a military machine and led it to a wonderful victory in that war.

Rabin saw himself as having the historic privilege of liberating Jerusalem, the city of his birth. As defense minister, he rescued the IDF from the Lebanese swamp and fought the intifada with determination. In his first term as prime minister, he fought to rebuild the IDF after the 1973 Yom Kippur War, and in his second, he secured a peace agreement with the Kingdom of Jordan.

The true Rabin legacy, not the ones certain circles are trying to create, could be the building blocks for a broad national consensus and strengthen Israel to meet future defense and security challenges.