Rabbinic groups missed a chance to ‘Speak Truth’ to Trump 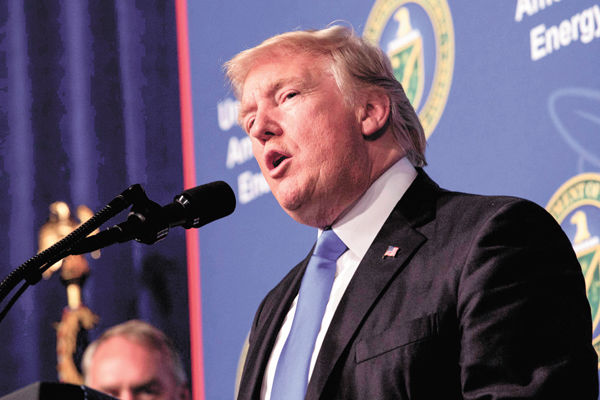 There probably has never been an easier path to consensus for the three major non-Orthodox rabbinic associations. The decision of the Central Conference of American Rabbis (Reform), the Rabbinical Assembly (Conservative) and the Reconstructionist Rabbinical Assembly to boycott the annual High Holiday conference call with the president of the United States probably was completely unsurprising. Joined by the Religious Action Center of Reform Judaism, the political arm of the Reform movement, the groups said they could not continue with the tradition because of what they termed President Donald Trump’s “lack of moral leadership.”

The rabbis had good reasons to criticize the president for what he said about the outrage in Charlottesville, Va. But the curious thing about their boycott is that they gave up the chance to directly question Trump on the subject and to give him a piece of their minds in the form of a Torah lesson. Though we know Trump cannot tolerate criticism and might have stormed off the call, the rabbis would have been given license to explain to the president why his words were so wrong and hurtful.

The call would have given the rabbis a rare chance to do exactly what so many religious figures like to talk about, but rarely actually do: speak truth to power. If they are half the teachers that most of them like to think they are, perhaps one of their questions might have gotten through and planted a seed that might have eventually borne fruit in some future crisis, when their wisdom might have made the difference between doing the right thing and, well, being Donald Trump.

Wouldn’t that have been worth it? You might think so, but the rabbis disagreed. And the reason for their decision says more about contemporary American Jewry than it does about Trump.

I happen to agree with the statement issued by the groups with respect to the president’s failure on Charlottesville. His decision to speak of those who came to Charlottesville to vent anti-Semitism and racism, and ultimately for one of them to commit murder, as being on the same moral plane as those who protested their presence was deplorable. There were no “very fine people” among those taking part in a torchlight parade while shouting anti-Semitic slogans. While there is no reason to believe that the president is an anti-Semite, his refusal to speak with moral clarity on this issue did encourage the neo-Nazis, KKK members and alt-right groups that were there.

But the boycott won’t help him see the light or, as the rabbinic associations condescendingly preached, point him toward repentance for his misdeeds that Jews believe is our obligation during the High Holidays next month.

What, then, was their purpose? Politics.

The boycott reassures their overwhelmingly liberal congregations that they won’t be contaminated by contact with Trump. But the symbolism of the boycott is primarily one that alerts the world to something painfully obvious: that much of the organized non-Orthodox Jewish community has enlisted in the “resistance” to Trump and wants everyone to know it.

Even if you agree that Trump is a terrible and even unfit president, for rabbinic groups to place him in what amounts to the Orthodox custom of cherem (shunning) is to assert that their synagogues are part of a political movement. It is nothing less than a declaration of war on a sitting president who, for all of his faults, is also a strong friend of Israel and still has the chance to play an important role in defending the security of the Jewish people.

Perhaps what Trump said is worse than the sins of all previous presidents, including Franklin Delano Roosevelt’s indifference to the fate of the 6 million Jews who died in the Holocaust or Barack Obama’s appeasement of Iran. While some defend both FDR and Obama on the merits, the truth is most Jews did not openly oppose them because partisan political allegiances took precedence over principle. Liberal Jews will forgive a liberal Democrat just about anything, though to be fair, it appears many Trump supporters feel the same way about their man. While I believe Trump deserves the most severe criticism for Charlottesville and much else, boycotting him in this manner is primarily a political statement, not a moral or religious one.

The rabbis had a chance to teach us all a lesson by engaging with Trump in a civil manner and teaching, rather than engaging in virtue signaling. Instead, all they have done is remind us that too many of them conceive of Judaism as a partisan faith.