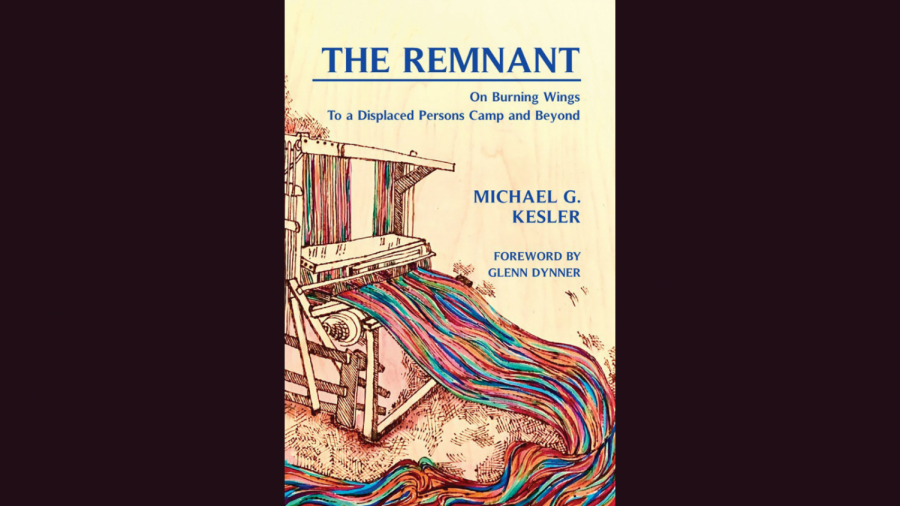 ‘The Remnant: On Burning Wings — To a Dis- placed Persons Camp and Beyond’ by Michael G. Kesler, Vallentine Mitchell, 149 pages plus index, paper, $22.95. Sold online via Amazon, Barnes & Noble and other sellers.

The brief notice of a loved one’s death was not unlike many similar items sent to the St. Louis Jewish Light: “With great sorrow we announce the passing of Michael G. Kesler, Ph.D., at the age of 97, at his home in East Brunswick, N.J., surrounded by his loving family and friends.”

That succinct item describes the peaceful passing of a beloved parent, grandparent and friend to many.

But Kesler’s life was more noteworthy than the cryptic notice of his passing. A highly respected scholar, inventor and industrialist, he describes his amazing life in “The Remnant,” a real-life memoir that reads like a suspense thriller.

In this splendidly written and profoundly moving book, we learn of Kesler’s history as a Polish Jewish Holocaust survivor who escaped the Nazi jaws of death. He managed to make his way through a maze of changing borders into a postwar Displaced Persons Camp, established to house Holocaust survivors and refugees from Eastern Europe, and find his way to America and a life of prosperity and acclaim.

The subtitle of Kesler’s book offers a fuller description of his inspirational story: “On Burning Wings — To a Displaced Person’s Camp and Beyond.”

Kesler and his beloved and resourceful older sister Luba fled their home in Dubno, Poland, in fall 1941. About 8,000 of their fellow Dubno Jews, including their parents, perished at the hands of Adolf Hitler’s SS murderers.

Of Poland’s 1938 Jewish population of 3 million, only 200,000 survived the Holocaust, including many who fled to the Soviet Union, among them Michael, Luba and her boyfriend and future husband, Moniek Pearman. Described as “panicked teenagers” when they took flight from the twin evils of Adolf Hitler and Joseph Stalin, Michael and Luba managed to stay a few steps ahead of the Nazis and the Red Army.

After Hitler’s fatal blunder of invading the Soviet Union, Stalin joined U.S. President Franklin D. Roosevelt and British Prime Minister Winston Churchill as part of the Big Three alliance that was determined to secure the unconditional surrender of the Axis powers: Germany, Italy and Japan.

After Michael and Luba escaped to the Soviet Union, the practical and realistic Luba encouraged her reluctant brother to risk his life by deserting from Stalin’s Red Army. Capture would have meant his certain execution. Miraculously, Michael managed to escape as the war neared its end.

Michael, Luba and Moniek reunited at a Displaced Person’s Camp, where the Hebrew Immigrant Aid Society (HIAS) helped the brilliant Michael receive a Hillel scholarship to Colby College in Maine. He later transferred to the Massachusetts Institute of Technology, where he became remarkably successful as a scholar and inventor for the petroleum industry. Kesler became founder and president of a consulting firm, where he pioneered the use of personal computers for equipment design in the petroleum refinery industry.

After his retirement in 2006, Kesler began speaking and writing about his and his wife’s experiences during and after WWII.  Kesler also published a previous book, “Shards of War: Fleeing to & From Uzbekistan,” focused on East European Jewry before the Holocaust.

“The Remnant” is a must-read chronicle of a young man’s harrowing escape from death to great success and fulfillment in a life very well lived.