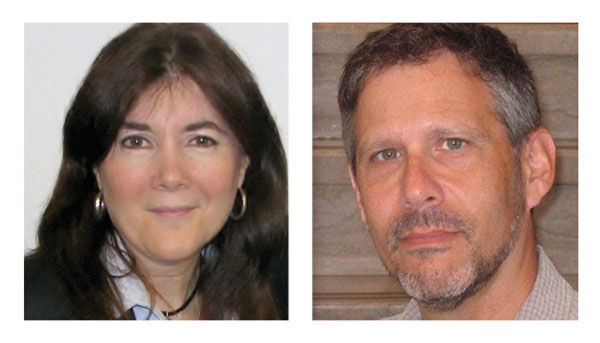 Roz Rothstein is CEO, and Yitzhak Santis is senior writer and analyst, with the pro-Israel education and advocacy group StandWithUs. Their commentary was distributed by JNS.org.

By Roz Rothstein and Yitzhak Santis

The wave of terror directed against Israelis by Palestinians certainly harms Israelis. It hurts the victims, mostly civilians, and their families. It also frightens most Israelis, making them feel less secure. Yet arguably, this Palestinian violence harms the Palestinians much more. This is not merely the rhetoric of pro-Israel advocates. Rather, a growing number of Palestinians and Israeli Arabs are bravely making these observations. They are fearlessly speaking out for the sake of their own people, whose future, they believe, is seriously jeopardized by the return to terrorism.

“The Palestinian leadership has not yet internalized the bitter consequences of our fruitless terrorist attacks against Israel,” writes Palestinian scholar Bassam Tawil, explaining that this leadership “uses its media to spread false propaganda about knives, stone-throwing and car ramming attacks, along with threats of another intifada…We keep making the awful and perhaps irreparable mistake of educating our children, generation after generation, to hate the Jews and Israelis and to want to destroy the State of Israel.”

All this, he believes, is leading to a dead end.

“We should have understood a long time ago,” Tawil writes, “that Jews exist in Palestine, that they are here to stay forever, and that murdering them in the streets is not going to change anything. The time has come to try creating—for the first time in history—a peaceful and demilitarized Palestinian state, which the Israelis have indicated for decades they would be all too happy to help us achieve. I hope and pray we are not already too late.”

Palestinian human rights activist Bassem Eid, founder of the Palestinian Human Rights Monitoring Group, grew up in the refugee township of Shuafat in eastern Jerusalem. He is outspoken against Israeli policies, but more so against the human rights abuses by the Palestinian Authority (PA). He opposes the Boycott, Divestment and Sanctions (BDS) campaign because in his view, “it only ends up harming the Palestinians themselves.” He cites the closing of the SodaStream factory in the West Bank as an example.

“I’ve met with Palestinians who worked at the factory and were fired because of the move,” he says. “They told me they were earning an average of NIS 5,000 ($1,287) a month there, and that today they are being offered salaries of just NIS 1,400 ($360) in the PA…[they are] deep in debt because they have taken on long-term commitments based on the understanding that their work at the plant would continue. Do you think the boycott movement cares about them at all?”

This concern for his people carries over to the spate of violence. Eid writes, “We Palestinians appear to have no responsible leaders… instead of calming the violence, [they] are fanning its flames. This wave of violence will not help the Palestinians’ economic situation. It will not help our ability to convince anyone, let alone Israelis, that we deserve a state. And it will not help grow our civil society which we badly need to do if we are to ever be taken seriously as a peace partner.”

Turning his gaze to Israeli-Arab Members of Knesset, he states, “Sadly, the incitement does not stop in the Palestinian territories. Even our Arab representatives at the Israeli parliament (the Knesset) are inciting Palestinians to engage in violence.”

These Palestinian voices for peace are accompanied by some Israeli-Arab voices. Meanwhile, Lucy Aharish, an Israeli-Arab Muslim and a Hebrew-language presenter on Israeli TV, echoes this sentiment. Israeli-Arab politicians, she tells Israeli viewers, are “adding fire to the environment and instead of understanding that once it calms down, we (Israeli Arabs) will be the ones to pay the high price.” In frustration, she asks, “What woman puts on a hijab and prays to God, takes a knife out from her purse and tries to stab innocent people? I don’t understand this. I can’t justify it in any way. I can’t accept it. Not even excuses of frustration. You (Arab leaders) are inciting thousands of young people to go to the streets, you are destroying their future with your own hands!”

Father Gabriel Naddaf of Nazareth is a Greek Orthodox priest who defines himself as an “Arabic-speaking Christian.” Naddaf was aghast when the PA issued a statement calling terrorist Nashat Melhem a “hero” after he murdered two Israeli Jews and an Israeli Arab on New Year’s Day. “This kind of glorification of death,” he writes, “is what feeds terrorism and the world needs to understand that the political and ideological narratives that support terrorism are wholly responsible for the deaths of innocent people around the world. In Israel and in Europe alike.”

Unfortunately, and tragically, these voices of peace and compromise are drowned out by extremists. Hamas envisions an Islamic state replacing Israel, while targeting Israeli civilians for terrorist attacks. Meanwhile, the ill-fated PA continues to incitePalestinian youths to violence, naming schools, parks, and streets after Palestinian terrorist “martyrs” and paying salaries derived from foreign aid to terrorists in Israeli prisons.