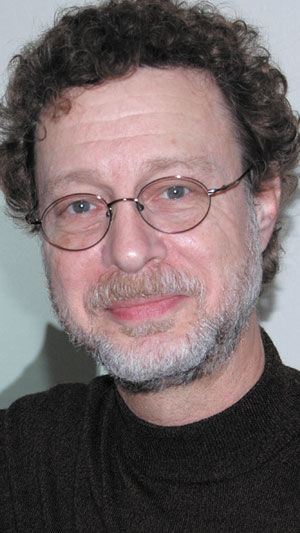 Eric Mink is a freelance writer and editor and teaches film studies at Webster University.  He is a former columnist for the St. Louis Post-Dispatch and the Daily News in New York.  Contact him at [email protected]

The armed seizure of Malheur National Wildlife Refuge in southeastern Oregon began Jan. 2 with the arrival of a small, sad band of would-be insurrectionists, most from outside of Oregon. They hauled in an assortment of firearms and some camouflage get-ups and regurgitated, long-debated complaints about the ownership and management of land by federal and state governments in the rural western U.S.

The occupation continues, albeit sputtering, after the arrests last week of several of its leaders and the shooting death of one occupier by Oregon State Police officers during a roadside confrontation.

A video made by the FBI from a plane flying above the encounter — enhanced with slow-motion magnification by the Portland Oregonian newspaper — shows a person attempting to drive his vehicle around a roadblock, exiting his vehicle when it gets stuck in snow, and then alternating between raising his arms in seeming surrender and thrusting his right hand inside his jacket at least three times. That’s when Oregon State Police troopers shot and killed him. The FBI said it recovered a loaded handgun from an inner pocket of the dead man’s jacket.

The four occupiers still on refuge property have offered to leave but insist that they and those previously arrested first must receive full pardons for any state and federal crimes they have committed. Good luck with that approach.

Besides the birds, mammals, fish, insects and diverse plant life of the Malheur National Wildlife Refuge, Oregon’s Harney County is home to 7,146 men, women and children. They are widely scattered in and around the county’s 6.5 million acres of open land, small towns, ranches, and two-lane roads and highways. That averages to about one person for every 1,000 acres.

Of the residents who have expressed opinions to news outlets, most have strongly opposed the occupation from the start, even those who say they have concerns about government land practices. Some have said they’ve felt terrified by the extremists’ unpredictable and intimidating presence and, on occasion, harassed by them.

Until the arrests last week, law enforcement agencies had been letting the occupiers – and curious visitors and reporters — come and go pretty much at will. Multiple checkpoints on the roads serving the refuge buildings now preclude unhampered access.

But about 10 days into the incident, an Oregon parent who lives a few hours away thought it offered an educational opportunity and drove to the refuge with his 9-year-old daughter.

“Something I want to teach her,” the father told the New York Times, “is to not make decisions based on what’s easy or what’s comfortable, but to decide for herself what’s right.”

It’s a fine principle. But it seems to me the occupiers have done just the opposite: They’ve avoided the hard, complicated work of achieving change and chosen, instead, a flashy display of thickheaded muscle.

In driving to Oregon and taking over, by show of arms, an essentially undefended outpost in the middle of a beautiful nowhere, the extremists have alienated the local people whose rights they said they were defending. And their armed presence shut down refuge operations, preventing the dozen-and-a-half employees from performing what is not exactly a freedom-killing mission: Preserve, protect and, as necessary, restore the animal and habitat resources of Malheur National Wildlife Refuge for the benefit of all, including the 100,000 people or so from this country and abroad who visit each year, gun-toting hunters and rod-wielding anglers among them.

The alternative road for the anti-governmentalists, though, would have been a lot harder. They’d first need to make a clear and convincing case to the American people, most of whom place a high value on government preserving America’s unique natural places, that government land ownership and management in the West is a serious problem. Using increased public support, they could then pressure elected and appointed officials to take action and help elect others who share those views.

A next step could have been to work with allied groups to come up with meaningful legislative and administrative reform proposals and then follow through with pressure and persuasion to get the proposals adopted.

The occupation of Malheur (coincidentally a French word for “misadventure,” “misfortune,” “bad luck,” “trouble” or “grief”) has not produced even the tiniest indication of such steps. Rather, it has only further marginalized and discredited the occupiers in the eyes of the American people.

In sharp contrast, I’ve been struck by recent accounts of other Americans facing difficult circumstances who actually did take the hard, right road, which is not necessarily the same thing as the hard-right road.

Take Devon Anderson, for example, the district attorney of Harris County, Texas, which includes Houston. Last July, the pro-life Republican launched a criminal investigation into Planned Parenthood Gulf Coast (PPGC), the independent local affiliate of Planned Parenthood Federation of America. Members of an anti-abortion group, masquerading as representatives of a biotechnology firm, had secretly made and released video recordings of conversations they had with staff members of PPGC and other Planned Parenthood affiliates in different parts of the country.

The anti-abortion group said the recordings showed PPGC seeking to illegally profit from the sale of fetal tissue derived from women who had had abortion procedures at Planned Parenthood health clinics.

The recordings provoked Anderson’s investigation, and videos made in other cities resulted in investigations of Planned Parenthood by other state and local agencies across the country, as well as by committees of the Congress.

Anderson’s pro-life credentials were so impeccable that in the closing weeks of her 2014 election campaign, she was endorsed by the Texas Right to Life political action committee.

She was appreciative. On Oct. 20, 2014, she posted this comment on her campaign’s Facebook page: “As a proud, pro-life Texan and mother of two, I am honored to be endorsed by Texas Right to Life PAC. I will always take a stand for those who cannot yet defend themselves.”

Last week, Anderson announced the results of a Houston grand jury examination of the evidence. It declined to indict PPGC or any of its staff but instead indicted two members of the anti-abortion group on felony and misdemeanor charges relating to the creation of counterfeit identification documents and a false corporate registration filing. The seemingly damning videos, meanwhile, turned out to have been doctored and heavily edited before their release.

Investigations in Congress as well as in Indiana, Pennsylvania, Georgia, Massachusetts, Missouri, South Dakota and Kansas reached similar conclusions about the lack of evidence of unlawful conduct by Planned Parenthood.

Deep in the heart of Texas, however, Anderson was hammered by elements of the pro-life movement that spread misinformation and distortions about her office and the investigation.

Anderson’s response was a brief video statement of her own that dispelled the distortions with facts and made a simple declaration of principle. She said:

“The inconvenient truth of a criminal investigation is that it doesn’t always lead where you want to go. I believe abortion is wrong. But my personal belief does not relieve me of my obligation to follow the law.”