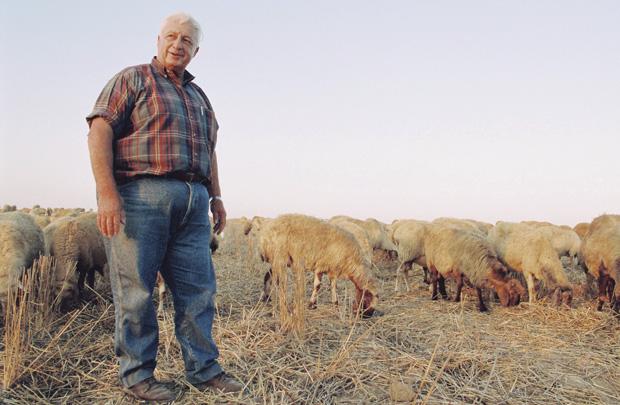 The former Israeli prime minister, who died at age 85, had spent the past eight years at the hospital after suffering a massive stroke, which brought to an end one of the most remarkable careers in the history of the Jewish State. Doctors described the political and military leader as spending his final years in a state of “minimal consciousness.”

Mr. Sharon’s career included military service to the Jewish State during all of its wars dating back to the 1948 War of Independence, serving every prime minister from David Ben-Gurion on, until he shifted to the political arena.  Mr. Sharon liked the fact that he was frequently nicknamed “the Bulldozer” by friends and detractors alike.

Mr. Sharon’s skills were unmatched by any of Israel’s other military leaders, including Moshe Dayan and Yitzhak Rabin. Most serious biographers and historians of Israel and its key figures credit Mr. Sharon for snatching victory from the jaws of possible defeat in the 1973 Yom Kippur War, which started when Egypt and Syria caught Israel by surprise by invading on  Judaism’s holiest day. The Egyptians managed to get troops across the Suez Canal in five hours, while the Syrian army crushed through Israel’s northern defenses.  For the first time, Israel was in danger of losing a war with its neighbors that threatened the demise of the Jewish State.

The task of saving Israel from an existential threat fell into the hands of then-General Sharon, who did an “end run” around the Egyptian Third Army, turning the tide of battle decisively in Israel’s favor.  Egypt and Syria accepted a United Nations ceasefire, and the late U. S. Secretary of State Henry A. Kissinger was able to negotiate disengagement agreements that laid the groundwork for the eventual Egypt-Israel Peace Treaty negotiated by the late Egyptian President Anwar Sadat and late Israeli Prime Minister Menachem Begin — a treaty that remains in effect today despite all of the turmoil in Egypt and the region in recent years.

Mr. Sharon’s positive image would be tarnished in the aftermath of the 1982 Lebanon War, which has often been called “Israel’s Vietnam.”  Mr. Sharon led his troops to a lightning-fast victory in the conflict to dislodge PLO Chairman Yasser Arafat’s  “state within a state.”  In the course of the conflict, a Lebanese Christian militia that had coordinated some actions with Israel committed an atrocious massacre of hundreds of civilians at the Sabra and Shatila refugee camps near Beirut.  Mr. Sharon was later exonerated of any direct involvement in the massacre, but the furor over the atrocity nearly ended his career.

What led to Mr. Sharon’s remarkable comeback was the deployment of his decisiveness and skills in serving the cause of peace. When Anwar Sadat visited Israel, one of the first Israeli leaders he asked to meet was Mr. Sharon, because Sadat respected him as a great military commander. When it became necessary for Israel to dismantle the Jewish settlement of 5,000 Israelis from the town of Yamit in the Sinai, Mr. Sharon led the operation to remove the settlers. As prime minister, he successfully removed all 8,500 Jewish settlers from the Gaza Strip, a move applauded by advocates of a two-state solution and denounced by some of Mr. Sharon’s former supporters.

Mr. Sharon, a co-founder of the “hardline” nationalist Likud Party, subsequently became a founder of the more centrist Kadima Party, which helped heal the bitter left/right political divide in the Jewish State. His great personal popularity at this stage in his career gave him the potential to gain support for hard decisions.

If Mr. Sharon had not been felled by the stroke in 2006, it is possible that his popularity and diplomatic skills, which in many ways matched his military skills, could have contributed to a two-state solution during his lifetime.  Sadly, that was not to be the case.

When George Washington died, he was described in a famous eulogy as having been “first in war, first in peace and first in the hearts of his countrymen.” Looking back on Mr. Sharon’s long and distinguished career on the battlefields of both war and peace, there are many admirers who would evaluate his life and work with the same sentiments.

A mighty heart has been stilled.  May this man of war rest in peace — the peace that he was trying to achieve at the end of his remarkable and historic career.