No, Adam Yauch wasn’t a yeshiva boy, but we can still claim him 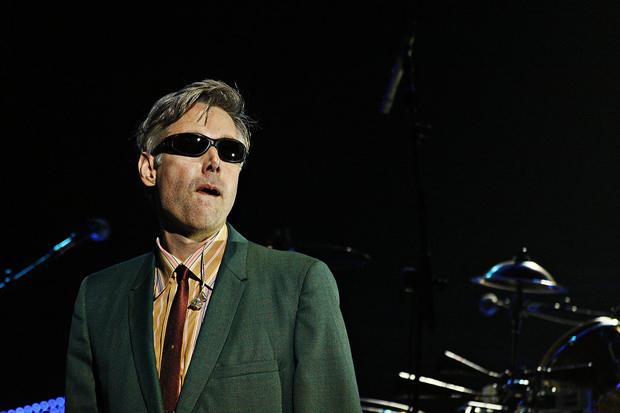 Beastie Boys founding member Adam Yauch, known as MCA, shown at a concert in London in 2007.

NEW YORK—As a student at an all-girls day school in Brooklyn, the first thing I learned about the Beastie Boys turned out to be untrue.

According to a yeshiva urban legend, two of the founding members of the Beastie Boys had attended The Marsha Stern Talmudic Academy in upper Manhattan. Some MTA students even claimed to know where the hip-hop pioneers had tagged the school with their handles.

This was before every claim could be verified or disproved with a Google search.

After seeing a photograph of the trio in a music magazine in the mid-1990s, I decided I could believe that the three nerdy-looking, funny white Jewish guys in fact had been nerdy, rebellious yeshiva students.

Of course they never attended an Orthodox educational institution. Still, despite denials from the Beastie Boys, the rumor persisted. Yeshiva students continued to project themselves onto this seminal hip-hop act for years, even after Drake came along and started talking about his bar mitzvah.

When Adam “MCA” Yauch, one of those alleged yeshiva students, died last Friday at 47 following a three-year battle with cancer, there was an outpouring of grief and condolences from fans and some of the biggest names in hip hop.

He and the Beastie Boys helped put hip hop on the map in 1986 with their debut, “Licensed to Ill,” the first rap album to hit the top of Billboard’s album charts.

The album yielded several classic singles such as “Fight for Your Right to Party” and “No Sleep Till Brooklyn.” It also landed the Boys on the cover of Rolling Stone — the magazine had been notoriously unwilling to cover rap, a nascent and increasingly significant art form — with the headline “Three Idiots Make a Masterpiece.”

“The Beasties opened hip-hop music up to the suburbs,” Rick Rubin, who produced “Licensed to Ill,” said in an interview with The Plain Dealer of Cleveland. “As crazy as they were, they seemed safe to Middle America, in a way black artists hadn’t been up to that time.”

Of course, this sort of attention turned the Jewish bohemians into targets for those who viewed their success through the prism of white privilege and racism. Yet, and this is much to the group’s credit, the criticisms eventually dissipated.

Yauch and the Beasties came of age, creatively speaking, in the downtown bohemia of Manhattan in the early ’80s where punk rockers (as the Beasties had formerly been) mixed freely with uptown emcees and DJs. The racial lines in this scene and early hip hop were crossed in surprising ways.

The Beastie Boys’ own career reflects that. They were introduced to black audiences by the biggest rap act of the day, Run DMC.

In turn the Beasties, who were inducted into the Rock and Roll Hall of Fame last month, helped launch the career of Public Enemy, which opened for the mega-successful Boys on tour.

The Beastie Boys paid homage to their myriad influences in the pages of the now-defunct Grand Royal magazine, which started in the early ’90s and reflected their tastes, from movies to artists such as Lee “Scratch” Perry, a name familiar  to those inside the hip-hop scene as his work is often sampled in tracks.

By exposing a wider audience to these important figures in the culture’s history, the Beasties Boys helped give credit where it was due and properly situated themselves within the hip-hop tradition.

“The Beastie Boys took responsibility for being grown-up white people without boring everyone with long rationalizations about how down they were,” Joseph Schloss, author of “Making Beats: The Art of Sample-Based Hip Hop,” wrote nearly a decade ago in “The Hip-Hop Album Guide.”

Except when they actually did apologize for some of their earlier homophobic and misogynist lyrics. This wasn’t a Rush Limbaugh-style mea culpa. They didn’t apologize that women and gays took offense at what they said — the “I’m sorry you took umbrage at that really awful thing I said” — thereby putting the onus on the targets of the hateful comments for even reacting to them.

Rather Yauch and the Beasties expressed true, sincere regret. Yauch famously rapped, “I want to say a little something that’s long overdue/The disrespect to women has got to be through.” This from a group that had once performed onstage alongside caged female dancers and a hydraulic-powered penis.

And the Boys did more than give lip service to these feminist impulses; they acted on them. The group famously asked Prodigy not to perform the song “Smack My Bitch Up” at the Reading Festival.

When the Beasties were criticized for this seemingly hypocritical stance, Yauch defended the move, saying they had begun changing the words when they performed old songs that had contained misogynistic lyrics. This was just one example of how deeply intertwined the Beastie Boys’ artistic and social progression was.

Yauch created a successful template of how to evolve, not only as an artist but also as a human being.

In addition to directing some of the most visually arresting and retro-inflected Beastie Boys music videos under the alias Nathaniel Hornblower, he also created Oscilloscope Laboratories, an independent film production and distribution company that cultivated and released several critical hits, including the Oscar-nominated “The Message” and “Exist Through the Gift Shop.”

A practicing Buddhist, Yauch also founded the Milarepa Foundation, which raised money and awareness through the Tibetan Freedom Concerts.

While this doesn’t exactly sound like the work of your average yeshiva student, I have no problem with future generations of Orthodox boys pretending that the Beastie Boys had been their own.

Yeshiva boys couldn’t do much better than Adam Yauch as a role model.