Myths and facts about an ‘illiberal’ Israel 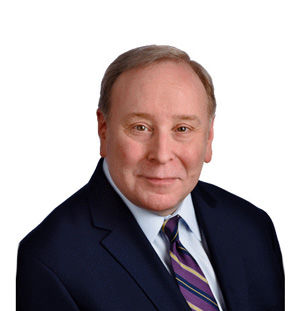 If American Jews are unhappy with Israel, it may not be so much a function of a new law that says it’s a Jewish State as the growing consensus that it is an “illiberal” state. That’s the new narrative being promoted by many of the Israeli government’s critics.

In numerous articles published in both secular and Jewish media, the critique has not been so much about the nation-state law as the notion that Israel no longer represents liberal Jewish values that Diaspora Jews consider integral to their identity. Sometimes this thesis is put forward from those who consider themselves Zionists, and sometimes from those who make the case that support for Israel and Zionism is itself illiberal. But the consistent theme is that contemporary Israel no longer fits with the way most American Jews think, and that the fault for this lies squarely on the shoulders of the Israelis.

This argument is rooted in both genuine differences of opinion between the two communities, as well as some misunderstandings. But while it would be foolish to claim that the growing chasm between Israel and the Diaspora doesn’t exist, it’s equally misguided to pretend the problem is one that can be solely characterized as a case of Israelis behaving badly or even illiberally. A lot of the disconnect has more to do with the changing nature of American Jewry than it does with Israelis who have supposedly gone off the rails.

What makes Israel illiberal in the eyes of American Jews?

A lot of the focus in recent months has been on the ongoing dispute about religious pluralism in Israel. While these complaints are largely justified, most American Jews don’t understand that this problem is a function of the enormous clout of Israel’s Orthodox political parties, the complete lack of such clout on the part of the Conservative and Reform movements, and the general indifference of most secular and traditional Israelis to the non-Orthodox movements.

But this critique of Israel is about more than pluralism. For many Diaspora Jews, it’s more a matter of what they see as a decline of Israeli democracy.

The failure of the nation-state law’s authors to include anything about democracy and equal rights for all of the country’s citizens in the legislation is viewed as a betrayal of the Declaration of Independence, which mentioned both while affirming that Israel was a Jewish state.

Critics view this as a sign that Israeli Prime Minister Benjamin Netanyahu’s governing coalition—and the decisive majority of Israeli voters that it represents—is prone to authoritarian tendencies. In their eyes, Netanyahu’s Israel is a country that not only disregards the rights of Israeli Arabs, but plants settlements in the West Bank that are obstacles to peace and is content to rule over millions of Palestinians, while also ruthlessly bombing or shooting protesters in Gaza.

If all that weren’t bad enough, the straw that breaks the camel’s back for many Americans is that most Israelis seem to like U.S. President Donald Trump—a man the vast majority of American Jews despise. The fact that Israelis prefer Trump to former President Barack Obama, who won overwhelming majorities of the Jewish vote in 2008 and 2012, and are grateful to him for changing U.S. policy on Jerusalem, the peace process and relations with Iran has created a political chasm that’s hard to bridge.

There are two major problems with this narrative. The first is that Israel isn’t as illiberal as its critics seem to think. The other is that American Jewish perceptions of these issues is more a function of a declining sense of Jewish peoplehood in a population that is rapidly assimilating than of Israeli betrayals of what Americans consider Jewish values.

The notion that Israel is becoming less democratic is simply false. To the contrary, what the country’s critics really don’t like is the fact that it is democratic. Which is to say that the majority of Israelis have consistently rejected the policies of its left-wing parties. Most Israelis understand that their nation has to defend itself against those pledged to their destruction and see more territorial withdrawals in the absence of a Palestinian peace partner as insane. The majority also sees nothing wrong with reaffirming the truth that the country is a Jewish state and understand that minority rights are already protected in other basic laws.

Far from being illiberal, Israel is a diverse, chaotic nation in which the contradictions between the nation’s religious roots and its largely secular reality are still being sorted out after 70 years of independence. It may not be the embodiment of the dreams of its founders or those who still view it through the prism of romantic ideals, but it has remained remarkably democratic despite never knowing a moment of complete peace in its history. Perhaps what some critics dislike the most about it is that it has managed to become a stable, prosperous and largely secure nation without a comprehensive peace being reached and in the face of constant jeremiads from the left about all this being impossible.

Reasonable people can disagree about peace, settlements, borders, religious pluralism and even the nation-state law. However, the disillusionment with Israel that we hear so much about is primarily driven by the sense on the part of many in the Diaspora that any country whose identity is primarily ethno-religious, rather than strictly pluralistic, is inherently racism or regressive.

An American Jewish community that defines itself primarily by liberal politics, food or a certain type of humor—the factors that surveys of American Jews tell us are the strongest aspects of Jewish identity these days—is bound to have difficulty understanding any kind of Jewish nationalism, even if it’s tied to a deeply democratic form of government. That, and not Netanyahu’s or Trump’s bad behavior, is the source of much of the support for anti-Israel groups among Jews.

Jonathan S. Tobin is editor in chief of JNS — Jewish News Syndicate. Follow him on Twitter at: @jonathans_tobin.