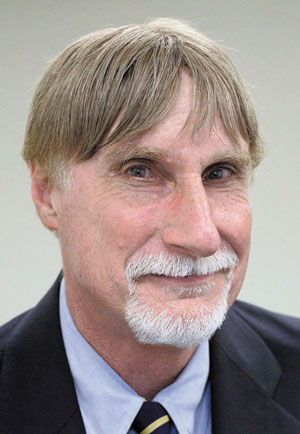 Another Academy Awards season is over. I am always struck by how the film industry has no shame. Dozens of Oscar presenters or award winners predictably trot onto the stage to utter liberal pieties about inequality, Wall Street greed and other sins of American society. This is just an hour or so after these same folks were preening before the television cameras on the red carpet, posing with great self-importance in gowns, suits, jewelry and haircuts that only “the 1 percent” can afford.

It’s all surreal. The same movie-makers who purport to provide us with moral guidance on everything from climate change to sexual assault constantly make headlines by purchasing mansions with huge carbon footprints, committing serial adultery and suffering drug overdoses.

Still, if we can get beyond the pretentiousness and hypocrisy of the cinema crowd, there is much to applaud about how, whether intended or not, movies today reveal how far we have come as a nation. At a time when intellectual and cultural elites are as critical as ever about the failures of America, the silver screen tells a different story about the significant progress we have made in righting various wrongs over time.

“Star Wars: The Force Awakens” saw composer John Williams receive his 50th Oscar nomination for a film score. The film became the highest grossing movie in history, earning close to $1 billion in domestic sales alone. It did so by featuring the most diverse cast of all the “Star Wars” films, with a female actor and a black actor as the two major heroic protagonists and romantic leads, something that might have been unthinkable when the series debuted in 1977, when the country was not quite ready for accepting such diversity on the screen.

Then there was “Carol,” earning nominations for actress and supporting actress for Cate Blanchett and Rooney Mara, respectively. Set in the 1950s, the movie depicts a lesbian relationship between an older woman and a younger acquaintance, providing a rich portrait of the rampant discrimination that gays and lesbians experienced during that era.

It offered a sharp contrast with an America today that, while still exhibiting some bigotry toward same-sex couples, has legalized not merely civil unions but homosexual marriage. The 2015 Obergefell v. Hodges decision reached by the U.S. Supreme Court made the United States among only two dozen countries (of the 193 United Nations member states) that recognize same-sex marriage.

“The Revenant” received 12 Oscar nominations. The movie is based on a true story about mountain man Hugh Glass who, while on a fur trapping expedition in the Dakota Territory in 1825, survived a bear mauling, Indian attacks and assorted other travails.

Never has the Wild West seemed wilder, and never have we seen a more classic Western hero since John Wayne, though granted Leonardo DiCaprio will never be confused with the Duke. While the movie showed the raw ruggedness and bravery of the men who helped settle the frontier, neither the cowboys nor the Indians were as cartoonish as in the old Saturday movie matinees I recall as a kid. Whites and Native Americans alike were depicted in “The Revenant” as at once noble and savage, with the Indians getting the better of it.

As usual, the bean counters could be found criticizing the lack of African-American nominees, even if the show’s host was black, as were the show’s producer and music director, the co-hosts of the red carpet spectacle, the president of the Motion Picture Academy and many presenters. This was not exactly your grandmother’s or Bob Hope’s Oscar ceremonies.

Chris Rock did a decent hosting job as an equal-opportunity critic of whites and blacks, except for omitting other colors of the rainbow (and notwithstanding his incredibly tasteless comment about the men in blue, when he said the “In Memoriam” segment should honor “all black people shot by the cops on their way to the movies”).

Legitimate questions can be raised about the lack of strong roles for black actors, as well as barriers to minorities in other industry jobs. In an op-ed column discussing “The Oscars and Hollywood’s Race Problem” (New York Times, Jan. 24), Roxane Gay wrote that 94 percent of academy voters are white and 77 percent are men, while only 10.5 percent of lead actors and 7.6 percent of screenwriters in a recent year were “people of color.”

That said, applying the silly logic of bean counting, the American people should be yelling foul when it comes to the best director category, as foreigners have won the Oscar virtually every year since 2008, including Mexican director Alejandro González Iñárritu the past two years. His fellow Mexican, Emmanuel Lubezki, has won the cinematography Oscar three consecutive years. Should we be complaining about “Hispanic privilege”?

In fact, maybe half of the American people, those in the “red” states, should boycott watching the Academy Awards next year because the only thing scarcer than black Oscar winners at the Dolby Theatre were Republican faces in the crowd. I am guessing that conservatives made up 0.01 percent of the audience – maybe Clint Eastwood and three or four others. (I am only slightly exaggerating. Dalton Trumbo arguably never faced worse pariah status in the days of “the blacklist.”)

And how many “people of faith” were represented, other than negatively, in the best-picture winner, “Spotlight,” about child abusers in the Catholic Church? Any chance we will see a remake of “Going My Way,” the 1944 winner? When was the last time you heard a “traditional values” speech at the Oscar podium?

So those who say Hollywood lacks “diversity” have a point, albeit not necessarily the one Spike Lee makes.

Although life remains unfair (e.g., as Rock joked during his monologue, Will Smith being paid $20 million for “Wild, Wild West”), our motion pictures have come a long way, as have we.

A Gallup Poll last year showed that more than 90 percent of Americans said they would be willing to vote for a presidential candidate who was black, female, Hispanic or Jewish, with a sizable majority willing to support a gay person or Muslim as well.

It would be refreshing at next year’s Oscar ceremonies for Tinseltown to acknowledge the progress the country has made in race relations, social justice and other areas, even in the wake of Ferguson and ongoing challenges we face.

Is that expecting too much? Well, it is called the Dream Factory.