Like MLK, American Jews should stand for black lives – and Israel 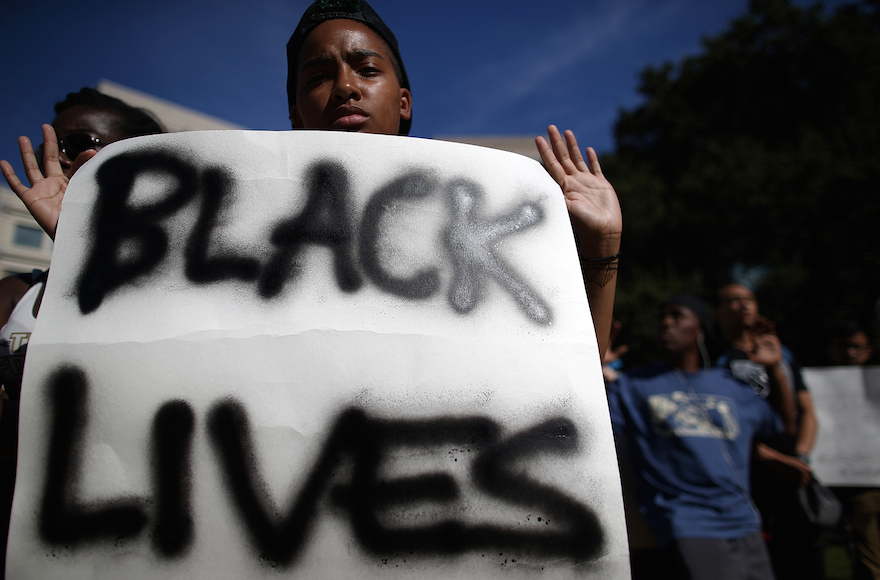 A demonstrator holding a sign during a moment of silence for victims of police brutality, in Oakland, California, Aug. 14, 2014. (Justin Sullivan/Getty Images)

NEW YORK (JTA) — Over the past two years, the phrase “Black Lives Matter” has embedded itself into the consciousness — and conscience — of America.

The hashtag #BlackLives Matter emerged in 2013 after the acquittal of George Zimmerman in the shooting death of Trayvon Martin and quickly became ubiquitous on social media. In the more than two years since, Black Lives Matter has morphed into a social movement, as thousands of people of diverse backgrounds turned out for protests against the killing of unarmed black people by police officers in cities across the country.

In recent months, groups operating under the rubric of Black Lives Matter have employed confrontational tactics, blocking interstate highways, occupying malls and airports, and interfering with freedom of movement in ways that easily could have caused life-threatening situations. On some college campuses, supporters of Black Lives Matter have demanded that punitive actions be taken against their critics in ways that would violate principles of free speech. Furthermore, the movement has taken on a strongly anti-Israel taint, which is making it increasingly hard for members of the Jewish community to give it our unreserved support.

These trends are deeply concerning, but they should not distract us from the profound truth that tragically, throughout American history, black lives have not mattered.

As we mark Martin Luther King Jr. Day, let us never forget that the vast majority of African-Americans in this country were held as property, without human or civil rights, from the moment the first slave ship docked in Jamestown in 1619 until Abraham Lincoln emancipated the slaves nearly 250 years later.

After that, blacks endured nearly a century of segregation, lynchings and the systematic denial of their right to vote that ended only with the civil rights movement of the 1960s. Even today, Americans need to find solutions to endemic problems like police brutality, deficient schools and housing in urban areas, and the mass incarceration of young black men if we are to finally to live up to our national ideals that all people are created equal and entitled to equal protection under the law. 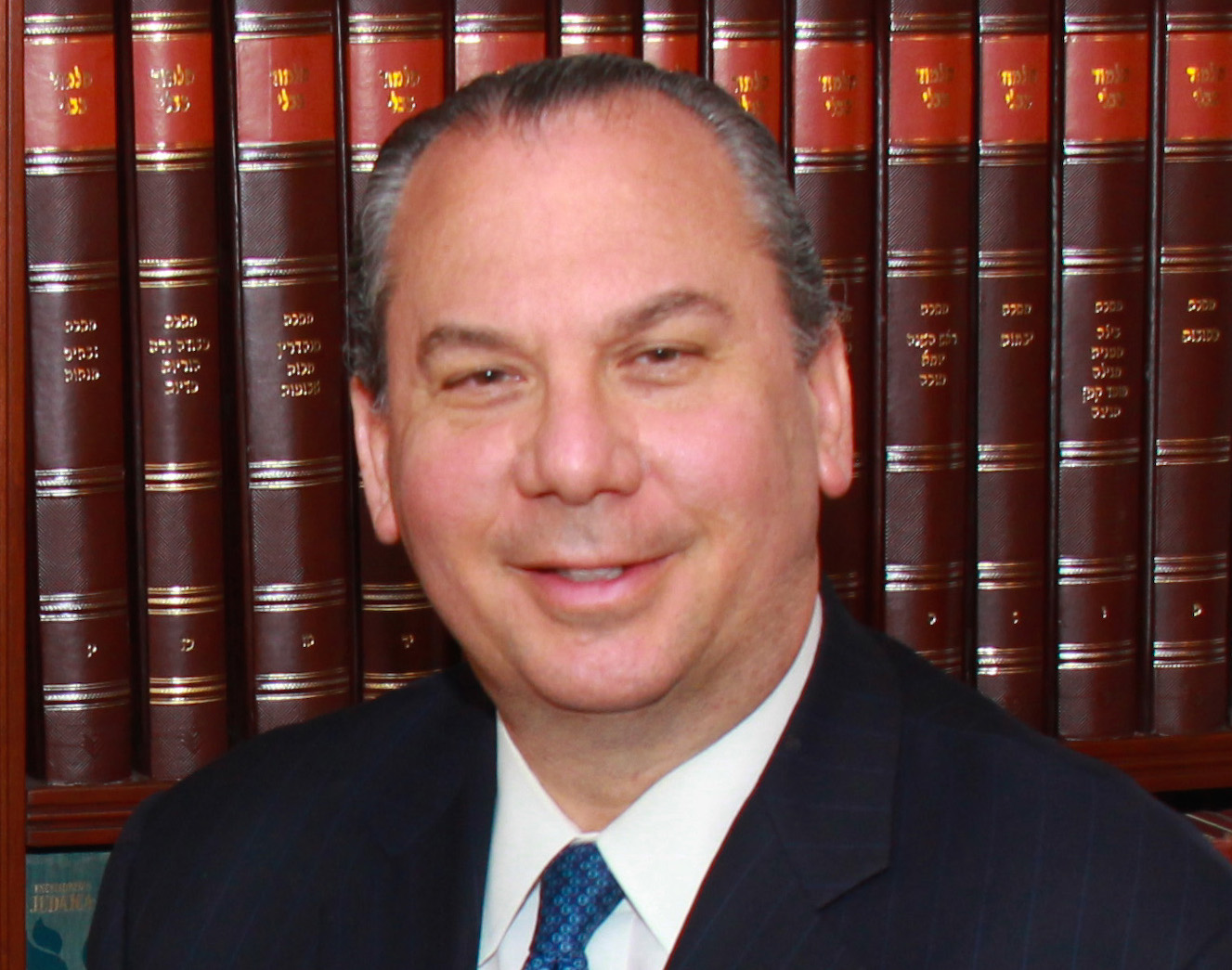 I am proud that for the American Jewish community, black lives have always mattered. That is as it should be, for we are a people who know vividly what it is like to have our humanity denied. It was our deep identification with another persecuted community that caused so many American Jews to march against segregation and go to the South as Freedom Riders during the 1960s. Several, like Michael Schwerner and Andrew Goodman, lost their lives at the hands of white supremacists.

We will never forget the stirring friendship between Dr. King and Rabbi Abraham Joshua Heschel and other national Jewish leaders during the civil rights era. We should also remember brave Southern rabbis like Rabbi Jacob Rothschild, senior rabbi of The Temple in Atlanta, and Rabbi Perry Nussbaum of Congregation Beth Israel in Jackson, Mississippi, whose outspoken advocacy led to their synagogues being firebombed.

Even while calling upon the Black Lives Matter movement to rid itself of its anti-Israel stain, which has manifested in slogans like “From Ferguson to Palestine” and demands that Jews supporting the movement denounce Israel, we should remember that Dr. King, a tireless advocate for Israel, faced similar pressures to denounce the Jewish state. Dr. King refused to do so.

In the wake of Dr. King’s assassination in 1968, the black-Jewish alliance that had been so important during the civil rights era deteriorated, reaching its nadir during the anti-Semitic rioting in Crown Heights, Brooklyn, in 1991. Since then, we have seen a heartening rebirth in that relationship.

Thankfully, today’s mainstream black leaders are staunch supporters of Israel’s right to live in peace and security. While some of these leaders have criticized aspects of Israeli policy, they all understand there is no contradiction between supporting the elemental right of African-Americans to equality and justice and upholding the right of the Jewish people to self-determination.

Jews should embrace the new activist energy and demand for justice for African-Americans while saying no to radical parts of the Black Lives Matter movement — especially the anti-Israel component, which if not corrected will undercut its moral clarity and overall effectiveness.

If we are patient and firm in our advocacy, good sense will carry the day. The past half century has shown that the African-American and Jewish communities are natural allies. Even when there are disagreements, we ultimately come back together.

Rabbi Marc Schneier is author of “Shared Dreams: Martin Luther King Jr. and the Jewish Community” and president of the Foundation for Ethnic Understanding.