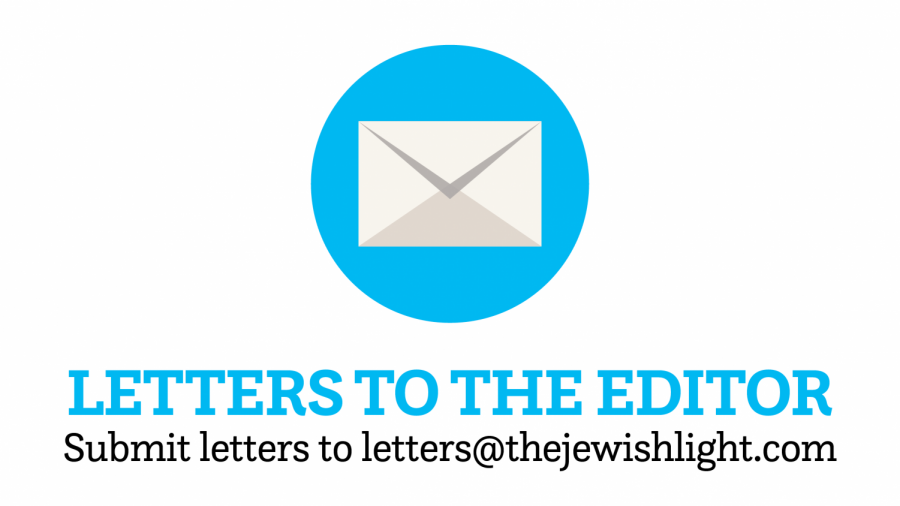 Letters To The Editor NEW

I am not from St Louis and don’t know the first thing about Marty Rochester, but after reading his latest opinion article (Jan. 27), I know he is just another “ignorant” on the wrong side of history. For some reason, Trump supporters and apologists like the professor have a serious problem with the concept of equivalency, or “moral equivalency.”

Of course, the summer riots included criminal behavior that should have been prosecuted to the fullest extent of the law. That is obvious. But liberals “arguably helped internalize political violence as an acceptable norm in pushing for change and thus contributed to the violence of Jan. 6”? No, no and no! The far-right wing insurrectionists attempted to overthrow our democratically elected government. Moreover, many of them are vile anti-Semitic, White National Christian Supremacists.  The summer protestors were upset over decades of police brutality against blacks. Not equivalent.

Regarding another tired old trope of Rochester’s, namely, “did his behavior really rise to the level of ‘treason’ and an ‘impeachable’ offense?” Really? Do we really need to have a debate on this? Does there need to be a debate in our Senate as to whether a conviction is in order and Donald Trump should never be permitted to hold public office again? This is like debating Hitler or the Holocaust. Yes, yes and yes. Again, there is no equivalency here with Hillary Clinton in any way, shape or form. Trumpism is a scourge on our American society. To the extent that the Republican Party continues to support Trumpism, yes, the ones who do should be condemned and reported on. If you are a racist White Nationalist Supremacist, then yes, you are deplorable and yes, you do not deserve any respect. This goes no matter what your socioeconomic status is, whether you are one of 70 million, or you are outwardly open with these beliefs or not.

I don’t pledge devotion to any party.  It is obvious that the best way forward for us is to gravitate to the center politically, and at some point take our national debt seriously. Just as one can be a Democrat and not support far-left ideologies, one can be a Republican and not support Trump or Trumpism. I’m glad the Jewish Light published this commentary, for it so perfectly highlights how individuals like its author can be so patronizing as to obfuscate an issue that is not ambiguous at all, and in doing so, align themselves on the wrong side of history.

In his article, “Condemn rioters, not the whole party,” Professor Marty Rochester says he wants to teach us to “cope with ambiguity,” but in searching for ambiguity he seems blind to immorality.

As the 2020 election approached Donald Trump wanted to keep power by any means possible. There were no moral or ethical limits.  Yet Professor Rochester freely offers Trump dispensation.

In his exposition, Rochester identifies three “double-standards” — all illusory.

First he compares the Trump rally protestors to BLM protestors — saying that not all are responsible for violence.  Nevertheless a great many Republicans even now support the actions of the Capitol rioters.

If I drive irresponsibly and cause an accident, I am reckless. If I purposely run over someone, that act should not be called “reckless.” Trump endeavored mightily to “run over” our democracy.  Rochester even manages to swallow Trump’s “plausible deniability” cover story of telling people to protest peacefully.

As Trump witnessed the Capitol assault he did nothing for two hours.  If Trump did not desire the violence at the Capitol, why did he fail to intervene while those he was sworn to protect were being hunted down?

On Jan. 6, Donald Trump betrayed his oath of office and his country.  But Rochester, seeing ambiguity where there is none, blithely opines that Trump’s behavior doesn’t rise to the level of an “impeachable offense” or “treason.”

In Marty Rochester’s Jan. 27 commentary (“Condemn rioters, not the whole party”) he described the violence that took place at the Capitol on Jan. 6th as “gray and complicated.” However, this riot was not “gray” — it was shown in living color on our televisions.

After President Trump filled the “Save America Rally” with falsehoods, protesters were seen smashing into the Capitol carrying plastic ties to be used as handcuffs and searching for elected officials whom they threatened to harm. They killed a police officer among the five others who died.

That anyone is trying to downplay the attempt to destroy the central principle of our democracy by making it seem “gray and complicated” is appalling.

He ended his piece by saying that the 74 million Trump voters “deserve to be treated with respect rather than labeled as ‘deplorable.’ ” My response can best be summarized by Hillary Clinton who said in 2016, “you can put half of Trump supporters into what I call the basket of deplorable. They’re racist, sexist, homophobic, xenophobic, Islamophobic — you name it.” Clinton used the world “deplorable” to describe people who would soon witness the president create the Muslim travel ban, celebrate families being separated at the border, abide children being in cages, and defiantly deny the value of Black lives — and still vote for him.

Hatred, white supremacy and misogyny are sickening, repugnant, and, yes, deplorable. Only accountability will allow our country to heal and move forward.

Recently the Light’s website included an article by the Jewish Telegraphic Agency about Andy Borans and his affiliation with Turning Point USA (Jan. 17, “An AEPi executive is involved in a group that took part in the pro-Trump DC rally. He has no regrets.”). I have had the privilege of knowing Andy since 2001 and working with him from 2007-2012. Andy was a neighbor of mine, he was a guest at my wedding, he ate at my home for Shabbos and Yom Tov meals, he was a colleague, mentor, and, most importantly, a friend.

Like so many others, I have been deeply emotionally impacted by the events of Jan. 6 and was distraught to learn that Andy had even a passing association with TPUSA. However, upon a few moments’ reflection, I admitted to myself that I did not, in fact, know the circumstances of TPUSA being involved or not with the events of Jan 6. Moreover, I recognize that the Torah teaches us that we must judge others favorably and realized that the most logical answer for Andy’s involvement in an organization that deals with college students is likely his extensive background and decades of experience in serving Jewish college students. It didn’t take much consideration to determine that it was much more likely that Andy was offering his counsel on how to better work with and respect Jewish students than affiliating with anything even in the least anti-Semitic.

After the article was published, a Facebook post by Andy confirmed exactly what I had suspected, and he has since stepped down from TPUSA. The previous article headline stating that he “has no regrets” was disingenuous and a misrepresentation of his lack of comment at the time. There is no greater advocate of Jewish college students or democracy than Andy Borans. We would all do well in these times to attempt to judge others favorably, lest the content of a headline misrepresent our true beliefs.