Let’s help the region move toward ‘One St. Louis’ 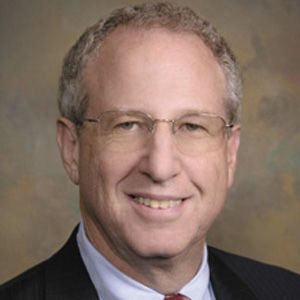 Recent awakening to the racism that has plagued the St. Louis region for so long is a seismic event. With crisis comes opportunity. We must not let this moment pass without it spurring action to eradicate the deep racial divides in St. Louis.

The Jewish community should be at the forefront of efforts to promote racial equity. Our imperative of tikkun olam, to repair the world, impels us to do so. Moreover, we have a historical alliance with the African American community in pursuing a more just and equal society.

And we cannot achieve Jewish Federation’s vision of a thriving St. Louis Jewish community unless the broader St. Louis community, of which we are a part, is a place where all residents are able to fairly share the region’s benefits, resources and burdens.

So, how can the Jewish community best help? Here are this writer’s thoughts concerning efforts we might undertake, in partnership with other St. Louis community groups and leaders, that are likely to make a positive difference to the well-being and prospects of the St. Louis region.

One of the root causes of our racial issues is the balkanization of our governments, a multiplicity of entities that are overlapping, inefficient and tend to pull people apart rather than bring us together.

A related challenge is a mindset that parallels our diffuse governmental structures. Many St. Louisans lack commitment to the region as a whole, instead focusing their primary loyalties on a particular piece of the region. This produces a lack of concern for those who fall outside of our particular focus and inhibits us from pursuing regional solutions to our challenges.

An approach that would at once bring down some of the walls that separate us and make inroads in addressing racism in our region is to work toward consolidation of some of our governmental structures. A good first step would be to readmit the city of St. Louis to St. Louis County. Down the road, more consolidation of municipalities, school districts, police departments and fire districts also would be beneficial.

Our parochial mindset clearly reflects a degree of racism. A large part of the resistance to some form of St. Louis city and county amalgamation stems from an unwillingness among many whiter and wealthier St. Louis County residents to take on what they perceive to be the burdens of being joined with the blacker and poorer city. And the plethora of school districts in this region, with many being racially segregated, is no accident; it is rooted in a history of racial prejudice.

For many years, thoughtful people looking at what ails our region have recognized the need to address our balkanization.  But our parochial mindset and multiplicity of governments have inhibited meaningful remedial action. Exacerbating the problem has been a lack of vision and effective leadership from political, business and civic leaders, too few of whom have been willing to level with the citizenry as to what really is needed to move our region forward.

And even when efforts in that direction have begun, poor plans and lack of effective leadership have doomed them. The Better Together effort of a few years ago had a worthy goal, but the plan was so flawed it eventually collapsed. The subsequent Board of Freeholders effort has gone nowhere due to a sad lack of effective leadership in which the St. Louis Mayor Lyda Krewson and the Board of Alderman have been unable to even agree on a slate of city freeholders.

Inertia and likely opposition from some quarters will pose substantial obstacles to what is suggested above. Our mindset and our being accustomed to having more governments per capita than anywhere else in the country are deeply seated. But we must transcend these obstacles, as others have. If the Washington Redskins at long last can agree to change their name, perhaps there is hope for St. Louis as well.

Let’s give it a shot. We must make progress toward eradicating the racism and racial disparities that have plagued St. Louis for far too long. Our government, business and civic leaders, and all of us in the city and county, must come together with an effective vision and plan to break down the walls that separate us and move toward a “One St. Louis.”

Doing so will help move St. Louis toward becoming a better governed and more effectively functioning region, in which all of its residents more equitably share the region’s benefits, resources and burdens.

Gerald Greiman, a St. Louis lawyer, is the immediate past board chairman of Jewish Federation of St. Louis, a past president of the St. Louis JCRC and a past chairman of the Missouri Commission on Human Rights.